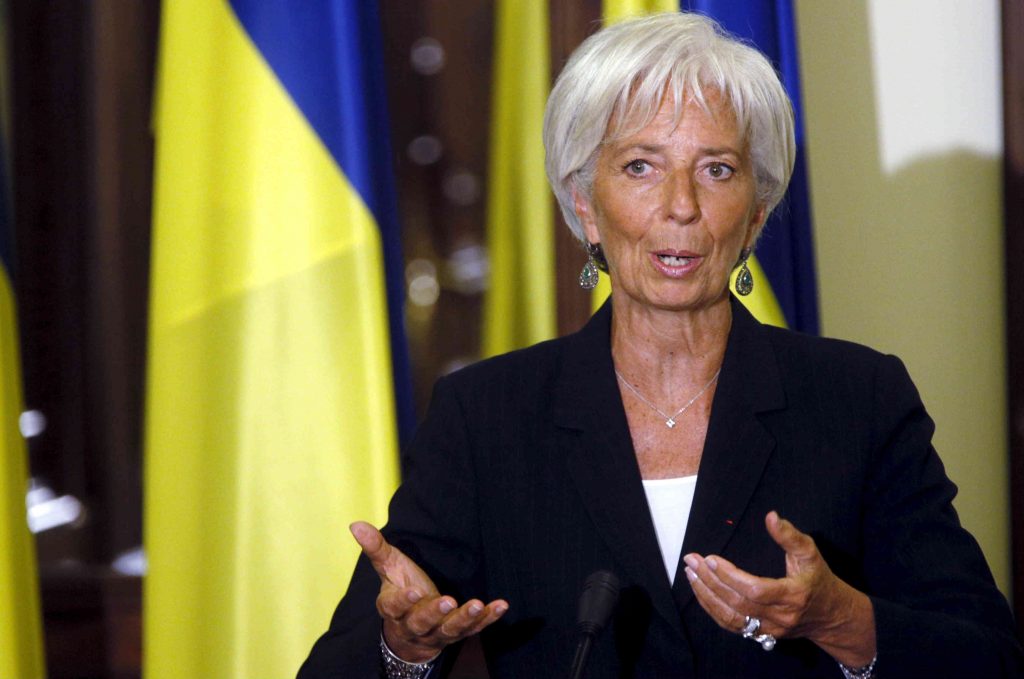 Today the Executive Board of the International Monetary Fund (IMF) reversed its “policy on not lending into arrears.” IMF spokesman Gerry Rice said in a statement that “the IMF’s executive board met today and agreed to change the current policy on non-toleration of arrears to official creditors.”

Historically, the IMF has refused to lend to any country that has not serviced its debt to any sovereign. The IMF staff started contemplating a rule change in the spring of 2013 because nontraditional creditors, such as China, had started providing developing countries with large loans. One issue was that these loans were issued on conditions out of line with IMF practice. China wasn’t a member of the Paris Club, where loan restructuring is usually discussed, so it was time to update the rules.

The IMF intended to adopt a new policy in the spring of 2016, but the dispute over Russia’s $3 billion loan to Ukraine has accelerated an otherwise slow decision-making process.

Russia’s loan to Ukraine on December 20, 2013, was clearly political in its nature, aiming at the political survival of President Viktor Yanukovych. Some observers have considered it odious and argued that it should not be paid back. In addition, its nature was unclear since it was a Eurobond that could be traded and thus private in its form and not an official loan. Eventually, the IMF staff judged it to be an official loan.

This fall, Ukraine’s private bondholders agreed to restructure the country’s Eurobonds, reducing their face value 20 percent and postponing $15 billion in debt service. Ukraine invited Russia to participate in the debt talks, but the Kremlin declined. Instead, last month Russian President Vladimir Putin suggested that Russia should be paid back $1 billion a year in 2016-18. Putin’s proposal would violate Ukraine’s agreement with the private bondholders not to offer better conditions to any other creditor. Plus, Russia never made a formal proposal.

The IMF policy of not lending into arrears is not written into the IMF statues that is, its Articles of Agreement. It is simply a policy that the IMF Executive Board can alter with a simple majority. The West has such a majority on the board that the only question is how large that majority will be. After the vote, the IMF can continue to give Ukraine loans regardless of what Ukraine does about its credit from Russia, which falls due on December 20.

Ukraine will not and should not pay the $3 billion back to Russia on December 20. This is sound and good policy. With international currency reserves of only $13.1 billion, it would be irresponsible for Ukraine to pay, as payment could trigger a currency crisis. When the European Union compelled Ukraine to pay $3.1 billion of disputed arrears to Gazprom at the end of last year, it triggered a currency crisis. At some point in the future, Russia may raise the debt issue in some international arbitration court. Russia and Ukraine have many issues to resolve in court, including Russian war reparations to Ukraine.

The IMF’s policy change does not mean that Ukraine will get more IMF funding now. The IMF mission to Ukraine in both September and November came back to Washington without result. The Ukrainian parliament must adopt a responsible tax policy and budget for 2016. It has not done so, and leading representatives from President Petro Poroshenko’s Bloc are insisting on massive tax cuts but no more expenditure cuts that would cause a vast budget deficit that the IMF assesses at 9-10 percent of GDP that could not possibly be financed. Vice President Joe Biden has just spoken in Kyiv “about the vital importance of Ukraine following through on its IMF commitments,” and that’s good advice.