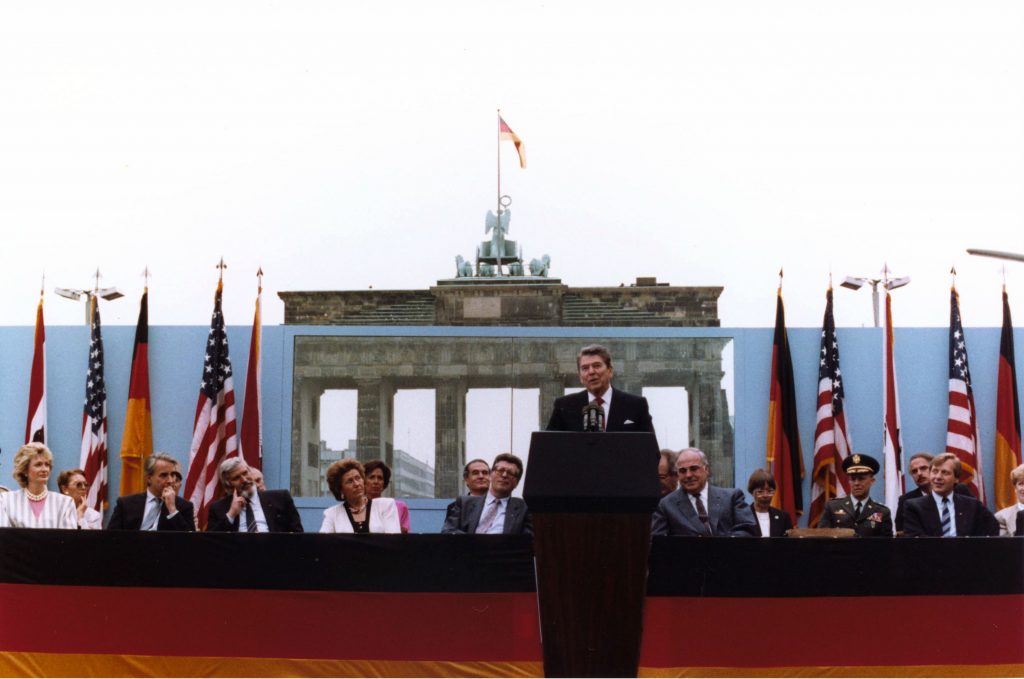 Territories between great powers—borderlands—have always been areas of strife. So it is with the countries caught between Russia and the West, those that were once part of the Soviet Union or firmly within its sphere of influence. Much of Europe has consolidated and, with the United States, established a lasting liberal democratic order, but Russia has been increasingly pushing back. Though most of the “borderlands” countries are now West-facing, Moscow wants to control at least the national security policies of its near neighbors.

The West should reject Moscow’s claim. It contradicts Western principles and is dangerous to our interests. The United States should lead the West in adopting an explicit strategy of promoting democracy, open markets, and the right of nations to choose their own foreign policy and alignments. This includes their right, if they meet the conditions, to join the EU and NATO.

Moscow has not hidden its objectives—to grow its sphere of influence; shift the post-Cold War security order; and weaken NATO, the EU, and transatlantic ties—and is applying a full spectrum of methods to achieve them. The combination of these tactics is sometimes called hybrid war. This includes strengthening ethnic ties abroad and utilizing religion, disinformation, economic boycotts, energy cutoffs, corruption, and the strategic use of its intelligence services.

Western powers have been slow to recognize the challenge posed by Russian President Vladimir Putin’s belligerent foreign policy. There was little criticism of Moscow for the 2007 cyberattack on Estonia; deferring to Kremlin sensitivities, NATO did not offer Georgia a Membership Action Plan at its 2008 summit; and when Moscow’s war against Georgia followed months later, the West levied weak sanctions on Russia and lifted them quickly. The West’s sanctions on Moscow for annexing Crimea were also weak.

NATO was slow to recognize Moscow’s challenge to the alliance. While the 2014 NATO summit did make arrangements for a rapid deployment force, it spoke of the need to “reassure” its easternmost allies rather than to deter the Kremlin. Only in 2016 did NATO decide to put battalions into the Baltic states, Poland, and Romania to dissuade the Kremlin from provocations there. With the deployment of these forces, NATO has done much to secure its eastern flank. But more needs to be done.

The notion that the West can buy peace by allowing Moscow to manage its neighbors—to exercise hegemony in its sphere of influence—is completely wrong. Indeed, history demonstrates this. The Kremlin’s war on Tbilisi and Kyiv has not dissuaded either capital from its Westward course.

We need to return to this policy explicitly and with confidence. The United States should take the lead within NATO in laying out this vision and reminding the allies that the door to eventual NATO membership was left open to Ukraine and Georgia ten years ago. The recent accession of Montenegro and the prospective accession of the Republic of Northern Macedonia—both actively opposed by Moscow—are recent precedents for this policy.

But the NATO accession process must change to take account of the new hostile environment that Moscow has created. With Moscow actively opposing membership for new countries, NATO’s granting of a Membership Action Plan for a candidate country makes that country a Kremlin target without conferring on it the protection that membership offers. NATO should be willing to consider new membership criteria; it should consider the NATO-Georgia Commission and its annual national plans as models for membership. As part of this reconsideration, NATO should clarify that membership cannot be blocked by Kremlin aggression or occupation.

The EU too must be clear on membership for its eastern neighbors. To its credit, the EU did not step away from the Deep and Comprehensive Free Trade Agreement (DCFTA) after Russian aggression against Ukraine began, despite timid voices in the West blaming the EU for the “Ukraine crisis.” Nor did it step back from its Eastern Partnership Program. But it should fully develop opportunities for greater cooperation under the Eastern Partnership—such as removing remaining barriers to more trade. It should also keep the door open for additional free trade agreements.

Equally important, the EU should make sure that it does not short its own interests and dilute its policies to suit the Kremlin. This is particularly important in energy. The EU Energy Charter, which Moscow has signed but not ratified, requires Europe’s energy partners to allow the use of their pipelines to deliver hydrocarbons to Europe. But the EU does not insist that Gazprom open its pipelines to producers in Central Asia. This oversight strengthens Moscow’s hand as an energy supplier to Europe and gives it additional leverage over countries that, it claims, fall into its sphere of influence.

Just as damaging is the EU’s countenancing the construction of the Nord Stream II pipeline from Russia to Germany. The European Commission has the power to stop this project. If Chancellor Angela Merkel will not or cannot turn off Nord Stream II, the commission should.

NATO and the EU should also enhance policies designed to help borderland countries strengthen domestic vulnerabilities that the Kremlin has exploited. This must include programs designed to limit corruption and to clean up the banking sector. Moscow continues to buy influence through corruption, and the banking system is a prime facilitator as well as a means for money laundering. While Georgia has taken great strides to clean up its banking sector and reduce corruption, much more needs to be done in Ukraine and Moldova. Conditioning aid on reform measures is an essential tool the West should not hesitate to use.

The United States and its allies should also consider further weapons transfers to Georgia and especially to Ukraine. Stopping the Kremlin is a vital interest. The front is currently in eastern Ukraine. The West’s interest in stopping Kremlin aggression in the Donbas justifies an aid package of $1 billion a year for five years for military equipment. It should include regular needs such as anti-tank missiles, secure command and control communications, sophisticated drones, and anti-aircraft radar for missiles.

Armenia, Azerbaijan, and Belarus are also part of the grey zone. They receive less attention because they have not pursued closer relations with the EU or NATO as energetically as Georgia and Ukraine, and therefore have received less pressure from the Kremlin. But they have been subject to pressure. The United States and the EU should look for ways to increase cooperation with the three countries.

Advocates of accommodating Moscow think they are buying peace and stability. That is an illusion. Accommodation makes the borderlands places of Kremlin aggression and instability. However, there is no reason to assume that the people of these regions are willing to forfeit their futures to autocrats in Moscow. Western principles and interests would be served by policies that back the aspirations of the people in these areas to determine their own future. The likely result would be the erasing of the borderlands and the creation of a Europe whole and free.