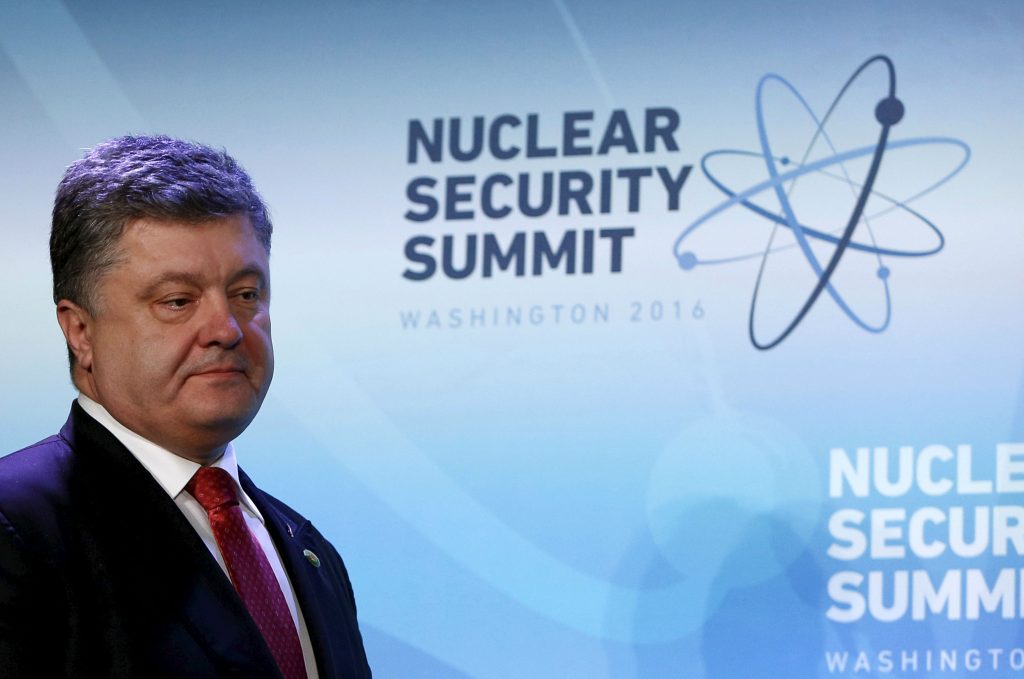 Ukraine’s President Petro Poroshenko dismissed the recent New York Times editorial “Ukraine’s Unyielding Corruption” as “part of the hybrid war against Ukraine” at a press conference on April 1 in Washington, DC. The editorial’s tone and substance were certainly lightyears away from the President’s own rosy assessment given on March 31. So who’s right?

While many reforms have been carried out, others have scarcely begun. Some, including those aimed at injecting new blood into the prosecutor’s office, were sabotaged by Prosecutor General Viktor Shokin, whose belated departure prompted The New York Times editorial.

The editorial board was, if anything, more charitable of the President’s motives than many Ukrainians who assume Poroshenko’s main criterion for the prosecutor general and the next prime minister is the candidate’s loyalty. Under every administration in modern Ukraine, the prosecutor’s office has been used to exert political control and settle scores with opponents. There is no evidence that Poroshenko plans to change that. There’s speculation that both acting Prosecutor General Yury Sevruk and Deputy Prosecutor General Yuriy Stolyarchuk who are seen as close to Shokin are likely replacements.

Reformers celebrated when Ukraine’s parliament sacked Shokin on March 29, although it took far too long. Plus Shokin managed to fire his last remaining corruption-fighting deputy, David Sakvarelidze, hours before he got sacked. (Poroshenko claims that he didn’t authorize Sakvarelidze’s dismissal, but he didn’t promise to reinstate him either.) Shokin’s office also recently launched criminal proceedings against another reformer, Deputy Prosecutor General Vitaly Kasko, who resigned in frustration on February 15. Kasko said that the office couldn’t be reformed from within. The Prosecutor General’s Office has also initiated a bizarre probe into the Anti-Corruption Action Center (AnTAC), which has publicly criticized Shokin and his closest allies.

Progress has finally begun on investigations into the crimes against Euromaidan activists with the creation of a Special Investigations Department. But its head Serhiy Horbatyuk has experienced consistent obstruction from the Prosecutor General’s Office.

It would be unfair to deny the achievements that the Poroshenko government has made against huge odds. The Yanukovych regime left a hollowed-out judiciary and law enforcement bodies, and the recovery process is slow. But that’s all the more reason for decisive measures and zero tolerance for those who block reform. Two years on, only a third of the twenty-two judges identified as having taken part in persecuting Euromaidan activists have lost their posts. The Skhemy investigative team also discovered that the eight judges about whom NAB had voiced corruption concerns had been given permanent tenure.

In Ukraine, political power has always come with considerable influence over the courts, the prosecutor, and the police. This has to change.

The government’s reluctance to relinquish control over the judiciary crosses party lines and prompted parliament to adopt a bill that Ukraine’s election watchdogs condemned as the “party dictatorship law.” The law allows political parties to effectively override the will of the voter and remove people from the party’s candidate list after the elections. If this were not enough, Poroshenko’s faction then stripped MPs Yehor Firsov and Mykola Tomenko, who had left the faction, of their mandate, citing a highly contentious constitutional norm which has been slammed by the Council of Europe. Concern is especially high since Firsov’s resignation from the faction was over alleged corruption by the same Ihor Kononenko whom Aivaras Abromavicius had named as his reason for resigning as Minister of Economic Development.

The New York Times was merely echoing the popular mood in Kyiv. If Poroshenko hopes to enhance his credibility, he must ensure that the new prosecutor general serves only the people and the law.