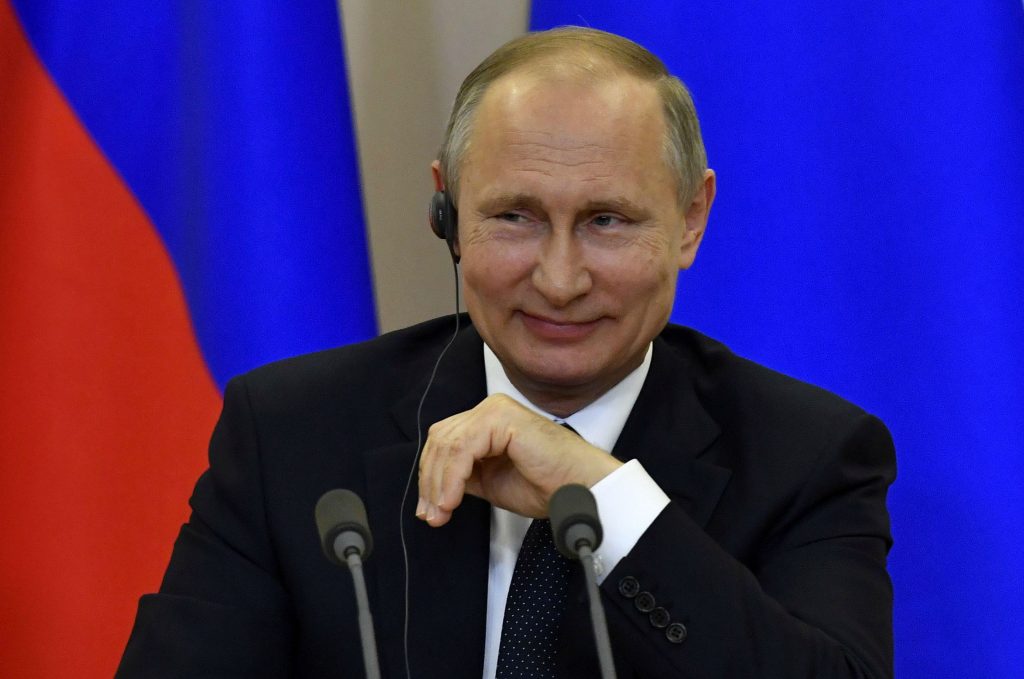 “The person who tells their story best, wins,” said Jed Willard of the FDR Center for Global Engagement at Harvard University in Prague on May 17, succinctly explaining the challenges of fighting disinformation.

Willard and 330 other experts from twenty-nine countries gathered in Prague for a strategic communications summit (STRATCOM) hosted by European Values, a Czech-based think tank, on May 15-19. Focusing on Russian disinformation and propaganda, the meeting shed light on the Kremlin’s influence operations in the West and aimed to encourage deeper coordination between European countries and their partners across the Atlantic. While there were numerous opinions about how to best counter Russian President Vladimir Putin’s attempts to destabilize Western democracies, experts agreed on the importance of investing in media literacy, and the critical need to call out fake news and its perpetrators.

Media literacy will be the key to battling disinformation, from the Kremlin or elsewhere, experts overwhelmingly said. In this media environment, it is easy for people to be convinced of their own worldview. If news consumers know how to access, evaluate, and analyze the news they are taking in, fake news and disinformation efforts will be far less effective. Speakers referenced the Finnish example, in which media literacy is viewed as a core element of civic competence and efforts are led by a government agency, as a model to emulate.

The challenge, however, is that we cannot all be Finland. Furthermore, as Janis Sartis from the STRATCOM Centre of Excellence emphasized, the burden to fight disinformation should not fall solely on the EU or NATO, but rather on national governments. Thus, it is important that at future meetings, experts address how it can be added to countries’ national agendas. In the United States, we can foresee additional challenges, as the issue of disinformation is still highly politicized and education curriculums are established by state governments. Even worse, as security expert John Schindler notes, the effort to counter Russian disinformation within the US government is stuck.

It will take time to put media literacy programs in place, but there are other tools democratic governments can use now. The Kremlin’s disinformation campaigns are often successful because they exploit the vulnerabilities in each society to create an alternate narrative. In the case of Germany, for example, the refugee crisis has been consistently spun by Russian media to chip away at Chancellor Angela Merkel’s popularity and hinder her reelection bid. In response, the West, and Germany in this case, must double down on good journalism and counter the Kremlin’s negative narrative with its own ahead of elections in September.

Edward Lucas, senior editor at the Economist and vice president of CEPA, wants to call out fake news, fake outlets, and reporters who report on fake news. Whether it is via Twitter or other mediums, the sources of disinformation need to be exposed. Even further, governments and individuals should name, shame, and raise the costs for those who interact with well-known fake news outlets—particularly politicians and high-level figures who will no doubt cringe at the bad press.

Another step is encouraging social media platforms such as Facebook and Google to begin flagging fake news pieces and websites to alert readers that they are false, in order to stop fake news from becoming part of the general discourse. However, the particulars on how to balance ethics and individual freedoms still need to be addressed, and some experts don’t think Facebook’s new plans go far enough.

The meeting kicked off at a critical moment, in the wake of President Emmanuel Macron’s victory in France, during the era of an unpredictable US administration, and with the German election looming at the end of the summer. Reflecting on the French election, experts partially credited Macron’s ban of RT and Sputnik, as well as the French media moratorium ahead of the vote, for Russia’s failed attempt to tip the election toward pro-Kremlin candidate Marine Le Pen.

The meeting was only the beginning of a collaborative effort, and there’s plenty left to do. Among other things, it will be important to encourage greater participation from national governments, since many of the solutions will derive from them, rather than from international organizations.

Geysha Gonzalez is associate director of the Dinu Patriciu Eurasia Center at the Atlantic Council. Editor’s Note: The Atlantic Council, through its Eurasia Center, will continue to publicize the issue in Washington. On June 26-30, the Council, in partnership with Konrad-Adenauer-Stiftung, the National Democratic Institute, Stanford University, and others, will host #DisinfoWeek, a weeklong bicoastal series on countering disinformation. The Council will also host STRATCOM in DC on September 26-27, 2017.