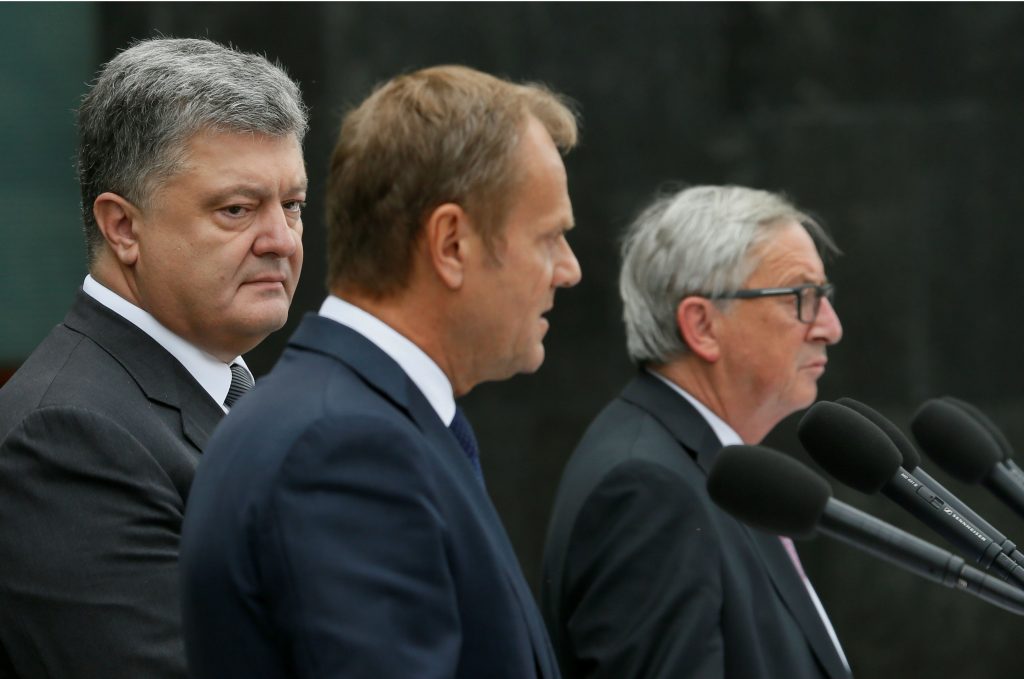 Imagine if, on June 14, Ukraine launched its first independent anti-corruption court and began hearing dozens of cases against people in high places.

Imagine if, by mid-July, several oligarchs and public officials were convicted of corruption, and their assets confiscated.

Unfortunately, neither are true. A June 14 deadline for the court imposed by the IMF was ignored by Ukraine and instead President Petro Poroshenko and others bob and weave to avoid reforms in advance of the next election.

But this represents an opportunity lost. The court will signal to the world that the rule of law will prevail in Ukraine. The IMF will send another $1 billion and the European Union, another 600 million Euros.

Besides that, the court would comfort foreign investors who would begin to flood in to help build Ukraine’s economy.

The existence of laws would also create a steady flow of oligarchs, their minions, victims, and crooked public officials who would turn over evidence of wrongdoing about others or plea bargain on their own behalf. This would cleanse the system and result in back tax payments and confiscations.

But that scenario looks impossible. The oligarchy has chosen instead to foot-drag on reforms, harass anti-corruption activists and opponents, and try to manipulate the European Union.

Last week, for example, European Commission President Jean-Claude Juncker created a diplomatic flap by saying he was persuaded by Poroshenko that an anti-corruption chamber, rather than an independent court, would do the trick. He has since walked this back, but doubts remain.

The current court system is clearly rotten, and a captive “chamber” would be too. As of July, the National Anti-Corruption Bureau of Ukraine submitted seventy-five cases in a few months, but judgments have been delivered in only eighteen, mostly plea bargains involving minor corruption schemes. No top official has been convicted.

“NABU is convinced that the Anti-Corruption Chambers [Juncker referred to] will not only fail but will make the system worse,” it said in a press release.

So, the same old game is afoot. There is even speculation that Poroshenko’s alliance has decided to forgo the withheld $1 billion from the IMF, in part because they can count on the 600 million Euros promised.

But the international community must play hardball now. Unless forced, the perpetrators will continue to prosper and bank on being able to hoodwink voters again.

Here is what the international institutions should demand:

In the meantime, however, the anti-corruption police and prosecutors should be empowered to bypass the situation by offering huge rewards to those who turn in others. They should also offer amnesty to those who voluntarily come forward if they admit wrongdoing, disclose assets and income worldwide for the past five years, then pay five years’ back taxes plus interest.

Amnesty helped accelerate the transformation of former Soviet satellites after 1989. I interviewed Vaclav Havel in Prague years ago. After he had been jailed as an activist and became president, he rejected jail for the country’s oppressors.

“We need them. They know where the ‘keys’ are, some are smart, and they how to run the country,” he said. “Revenge is not productive.”

This underscores the only winning strategy for Ukraine: External events and pressure that force elites out combined with enlightened methods to co-opt them to do the right thing.

“The oligarchs are happy with Poroshenko, and are making more money with him than with [deposed President Viktor] Yanukovych,” said lawmaker and reformer Sergii Leshchenko in an interview. “People are angry about corruption, but the government does not address it, they simply change the topic.”