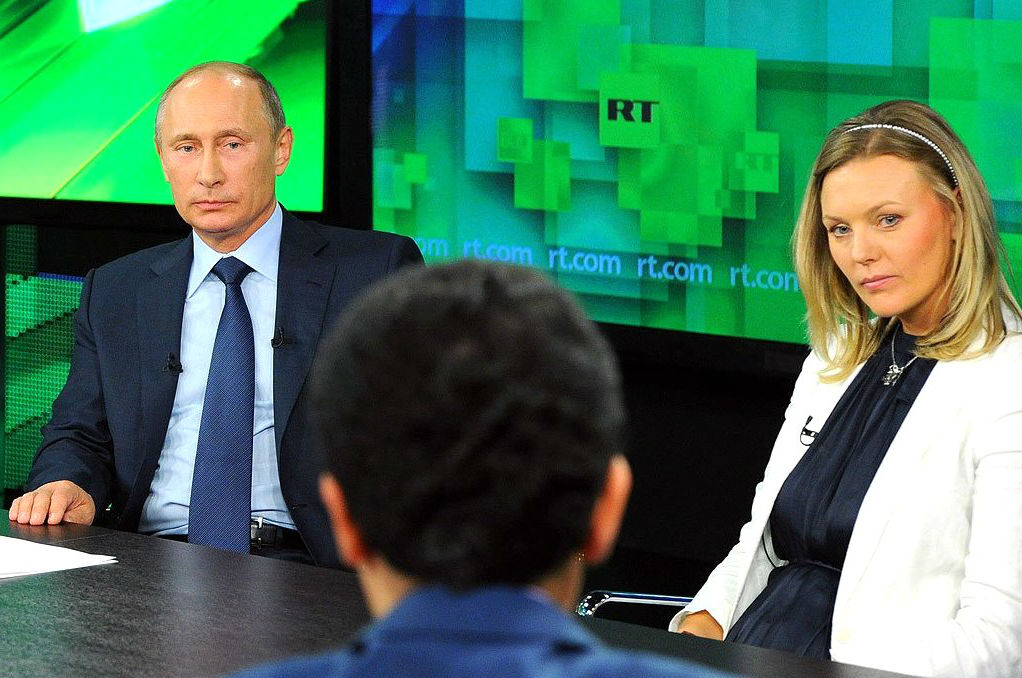 Russia used RT, its TV channel, to influence the recent US elections. This was the finding of the recently declassified US intelligence report; it concluded that Russia implemented a multifaceted campaign involving disclosures of data obtained through hacking, intrusions into state and local electoral boards, and propaganda.

While the American elite is debating an appropriate response, they are ignoring an existing tool—the Foreign Agents Registration Act of 1938 (FARA). As an immediate step to counter the Kremlin’s influence campaign, the US government should enforce FARA against RT to alert the American people to Russia’s efforts and limit Russia’s ability to disguise its “information warfare” as legitimate media activity.

This is not the first time a foreign country has directed its “information warfare” against the United States. Similar tactics were used by Nazi Germany and the Soviet Union. To address Nazi propaganda activities in the 1930s, Congress adopted FARA, which required persons advancing foreign interests to register as “agents of foreign principals” and disclose their activities and the nature of their employment. The act aimed to ensure that the American people would not be mislead into thinking that they were receiving information from a disinterested source. During the Cold War, the representatives of Soviet news outlets (TASS, Pravda, Izvestia, and others) were registered as agents. There is a lesson here.

As a disclosure statute, FARA does not prohibit, edit, or restrain an agent’s ability to distribute information. Rather, it compels disclosure of the origin and purpose of the information to help the audience develop an accurate understanding of the source. In doing so, it does not suppress freedom of speech; instead, it serves the First Amendment by supplementing information available to the public.

RT should be registered as an agent of the Russian government because, as FARA states, it acts under the “direction or control” of its foreign principal, and it engages in “political activities” in the interests of its foreign principal. It is clear that RT engages in “political activities” because its reporting intends to influence the US government and public in order to affect US domestic and foreign policy. RT’s coverage of the recent elections and its impact on public discussion is just one such example.

RT denies that it is subject to the Kremlin’s “direction or control” because it is formed as an “autonomous nonprofit organization” TV-Novosti. But this assertion is misleading. Even if an autonomous nonprofit could be considered independent in Russia, in the United States such legal formality has little weight if it doesn’t reflect the reality. In truth, we know that “not very many” things happen in Russia without President Vladimir Putin’s knowledge—“Certainly none that are politically sensitive in other countries,” according to the Director of National Intelligence Gen. James Clapper, who testified before the Senate last week on foreign cyber threats.

The UK media regulator Ofcom investigated complaints against RT and found nine episodes in the last two years when RT’s reporting was in breach of broadcasting standards on impartiality. Each incident of bias coincided with the Kremlin’s policy goals in Ukraine, Turkey, and Syria. No other media outlet was close to having as many violations in such a short period of time.

RT also claims that it does not qualify as a foreign agent under FARA because it operates here through a commercial entity to whom RT “simply transfers funds.” What we know as RT in the United States are two DC-registered entities—RTTV America, Inc., and RTTV Studios, LLC, both of which are owned and controlled by Russian-born businessman Alex Yazlovsky. These entities are RT’s contractors, which produce video content, tape shows, and provide crew services and studio facilities for RT, as well as transmit content to the audience. RT operates similarly in the UK, where it contracts its services from a local “supplier”—Russia Today TV Ltd. It is hard to believe that RT’s US contractors are fully independent from the client who pays for their custom-made products and services.

FARA does not apply to foreign news organizations that engage in “bona fide news or journalistic activities,” according to the law. Such media are usually not owned, directed, supervised, controlled, subsidized, or financed, or have their policies determined by any foreign principal. Thus, for example, the UK’s BBC or Germany’s Deutsche Welle would be exempt because their governance structure protects their editorial policies and maintains their independence from government influence; there is no indication that they are “directed or controlled” by their governments. For this same reason, RT would have hard time proving that it qualifies for this exemption.

When former US Ambassador to Russia Michael McFaul suggested last month that perhaps RT’s employees should be accredited as foreign agents rather than journalists, RT responded with personal attacks, threats of retaliation against American journalists, accusations of infringement on press freedom, and complaints that Russian media are treated unfairly. Their fierce response, however, is not a good reason to avoid FARA enforcement.

Registration would require RT to label its information as being “distributed by an agent on behalf of the foreign principal.” Such disclosure would alert the public to the purpose of RT’s reporting. But it would have no effect on RT’s ability to continue working in the United States, conduct broadcasting from its Washington, DC studio or otherwise operate as it did prior to registration. In any case, RT journalists would continue to enjoy more press freedom in the United States than US journalists in Russia.