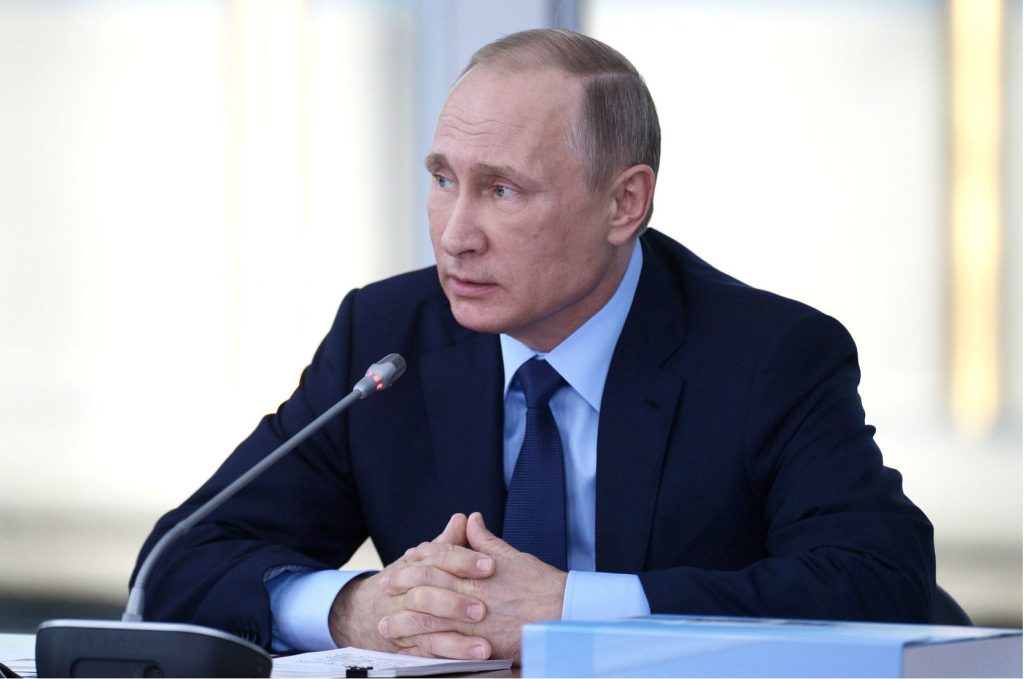 Today Russia’s policy toward Ukraine demonstrates that Russian foreign policy has always been expansionist. Russia is eager to control neighboring states through diplomacy and economic ties if possible (to wit, the Eurasian Economic Union), and through destabilization and force if necessary. The Russian drive for empire is so primeval, it has been in evidence even without an “official” ideological doctrine since the collapse of the Soviet Union.

Privatization czar Anatoly Chubais’ “liberal empire” was an early warning that modern Russia had not given up its expansionist impulses. Now the liberal epithet is gone and far more sinister figures play in the imperial sandbox, including the military and the Federal Security Service, or FSB, as well as Alexander Dugin, Alexander Prokhanov, Maxim Shevchenko, and other anti-Western great power chauvinists, ultra-nationalists, and Ukraine-haters.

The Kremlin has found that Ukraine is too big to swallow. Nonetheless, despite Russia’s international isolation, sanctions against it, decline in oil prices, and subsequent recession, the Kremlin has not changed its Ukraine agenda. While the 2014 Novorossiya project, which included the destabilization, annexation, and occupation of six regions in Ukraine’s east and south, has been shelved for now, the Kremlin’s program includes continuing Russia’s military support of the separatists, holding parliamentary “elections” in the Russian-controlled Donetsk and Lugansk regions, tipping the balance of power in Kyiv, and applying economic pressure.

This type of intervention through disruption will likely remain Russia’s preferred power projection: it may be less costly than a full-scale military operation in Ukraine, and is a strategic tool to keep Kyiv far away from the Western integration path.

However, something more sinister may also be under way. In July, Russia’s Deputy Foreign Minister Grigory Karasin expressed “concerns” that increased tensions in the Donbas region are “proof” that Ukraine is preparing for a military campaign to take back its eastern territory. Moscow is not ready to abandon separatists in eastern Ukraine. On August 6, the leader of the Russian puppet Luhansk People’s Republic, Igor Plotnitsky, was severely injured by a car bomb. Now the situation is becoming even more tense.

The recent provocation in Crimea has prompted some observers to compare the events with the Gleiwitz incident, which led to the German onslaught of Poland in September 1939. And indeed, Russian troops are now gathered in the northern part of Crimea but not in numbers to a suggest a massive invasion to take Kyiv.

Ukrainian forces were put on alert. Ukraine’s envoy to the UN, in vain, asked Russia to provide evidence of the claims, and yet another fake Russian video showing Ukrainian provocation spread virally online. One can only hope that the upcoming Russian elections and the need to mobilize pro-Putin voters was at the heart of the Crimean provocation.

Washington faces three challenges in the Russia-Ukraine space. First, adequate US policy development regarding Russia is impossible without high-level human intelligence and top quality analysis. This intelligence has been lacking for a while: both the 2008 Georgian invasion and the 2014 occupation of Crimea and war in Donbas were haplessly described by as “surprises.” Without good information, there is no way to forecast the behavior of unpredictable leaders who are in full control of their policy tool boxes.

The second challenge is the creation of a credible NATO deterrent. Making three thousand soldiers look like thirty thousand is mission impossible. Russians can count. When NATO announced its deployment of three battalions from the Baltic to the Black Sea, Moscow countered with three divisions.

The third challenge is the demonstration of political will. The West must convince Moscow that it means business if Ukraine is destabilized—or worse, invaded. Ukraine cannot fight and win a war with Russia on its own. However, Europeans and Americans are clearly in no mood to fight for it—or for other Central and Eastern European countries, as Republican Presidential nominee Donald Trump recently suggested. The EU and the US are engrossed in their own problems. The EU is dealing with Brexit, as well as the arrival of over one million refugees. Moreover, France and Germany are spooked by Russia’s actions and do not want to escalate the conflict.

The bitter truth is that political elites in both the EU and the US mistakenly think there is not much at stake for them in the Ukraine conflict. They would rather trade with Russia. And no Western nation, with perhaps the exception of Poland, is ready to go into a full-scale war with a nuclear-armed Russia over Ukraine.

Thus, leaders in the US and Europe should recognize that an ounce of deterrence is better—and cheaper—than a pound of warfare. Bolstering NATO, improving intelligence and strategic information operations, putting a credible deterrent in Eastern Europe, and supporting Ukraine’s security and independence, is a realistic program that Washington, Berlin, and Brussels can and should get behind.

Ariel Cohen is a nonresident senior fellow at the Atlantic Council’s Dinu Patriciu Eurasia Center and the Global Energy Center.