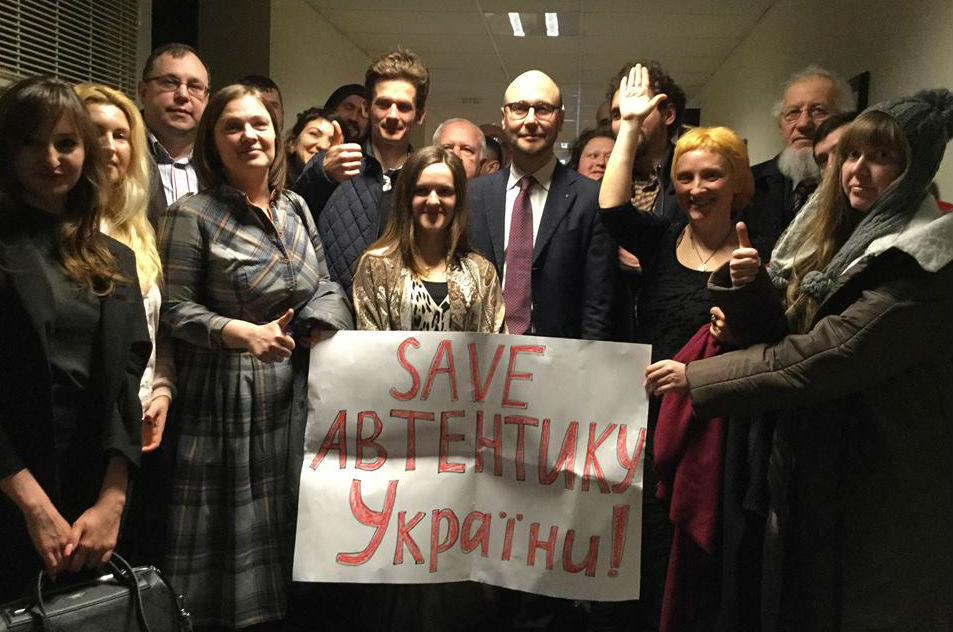 Countries like Ukraine, afflicted with systemic corruption, need new leaders at the top, but also those willing to engage in erecting bulwarks against graft at the local level.

And while the president and parliament disappoint and foot drag on implementing major revolutionary reforms, real change at the Kyiv City Council, the biggest local government in Ukraine, is underway.

Spearheading the effort is entrepreneur Sergiy Gusovsky, who heads the 22-member Samopomich faction at city hall, among 120 deputies in total. They have gained approval for several notable anti-corruption measures which should be a template for other cities in Ukraine.

On April 24, the council approved a regulation that requires the city administration to disclose the beneficial ownership and founder behind any deal that includes municipal land or real estate in Kyiv.

This will have a profound impact on future real estate transactions across the city of three million people. The Samopomich team initiated and navigated its passage. This measure will end secret deals with unknown persons that have plagued the city’s real estate negotiations.

“Disclosing the beneficial owners, who are often offshore [lawyers] that represent offshore companies, is not enough,” Gusovsky said. “Applicants are obliged to include the names of both beneficial owners and founders.” He worries that there could be Russian interests involved, and the new regulation should solve that problem.

The council has created other “revolutionary” innovations such as an online broadcast of plenary meetings and meetings of the standing commissions of the city council and an accessible archive, as well as a televised Q&A session with the mayor.

In addition, the sale of municipal property will be carried out using transparent, electronic auctions.

Gusovsky said that his faction pushed through a very strong conflict of interest law in the summer of 2016 that “is breaking the old system.” In September 2016, two city council members from the Bloc of Petro Poroshenko voted on two separate bills that they both had personal interests in. As a result, they were summomned by the SBU, the city prosecutor’s office, and the city’s committee on fighting corruption to explain their votes. “Everybody else got the message,” Gusovsky said. He sees this as a significant institutional shift that has become the norm.

The council also pushed through a measure that requires deputies to be physically present during voting. In the national parliament, where deputies can vote without being there, the practice is called “piano voting,” and lends itself to major fraud and abuse.

This year, Gusovsky’s team and community activists are working to overturn approval for an underground shopping mall in downtown Kyiv, proposed during the Yanukovych era and negotiated in “secret.” After archaeologists found underground an intact city street full of ancient artifacts dating back to the eleventh century, pressure has been building to halt the development of the 50,000-square-foot mall, replacing it instead with a museum.

“It was a lousy deal. How can a deal be kept secret from the city?” he said.

Opposition to the museum idea has been fierce by developers, but so has public opposition to a shopping mall. A final vote is expected this summer.

“In the past, you could put complaints into a box, but there wasn’t a chance that anybody would follow up and there was no guarantee that it would be taken into consideration,” said Gusovsky in a recent interview. “Nobody knew what happened afterwards, but now there will be an electronic registry and nobody can take down anything.”

Whistleblower information will be securely stored, evaluated, and acted upon either by city officials or police or anti-corruption agencies. The city council will also receive reports from departments as to whether they did anything, he added.

“Instead of fighting case by case, we are building barriers and creating a system that will prevent corruption,” he said.

Another battle looms as the Samopomich faction and other reformers lead a budget reform initiative to stop hidden, backroom allocations of the city’s $2 billion annual budget. The process takes place within the bureaucracy and the council is only given two weeks to vote on a final, complicated, often opaque document.

This has led to abuses. For instance, most of the funds allocated for housing improvements have been earmarked for downtown districts represented by just 52 out of 120 deputies on the council.

“The budget is presented to us after all these decisions have been made, but we want to see applications for allocations, who is making them, and make the process transparent,” Gusovsky said.

The gains are impressive in a city rife with corruption. In Ukraine, federal corrupt practices and shenanigans get all the attention, but Ukrainians at the grassroots and local levels are doing what needs to be done whenever they can.

And that’s what revolution is about too. Slow and steady wins the race.