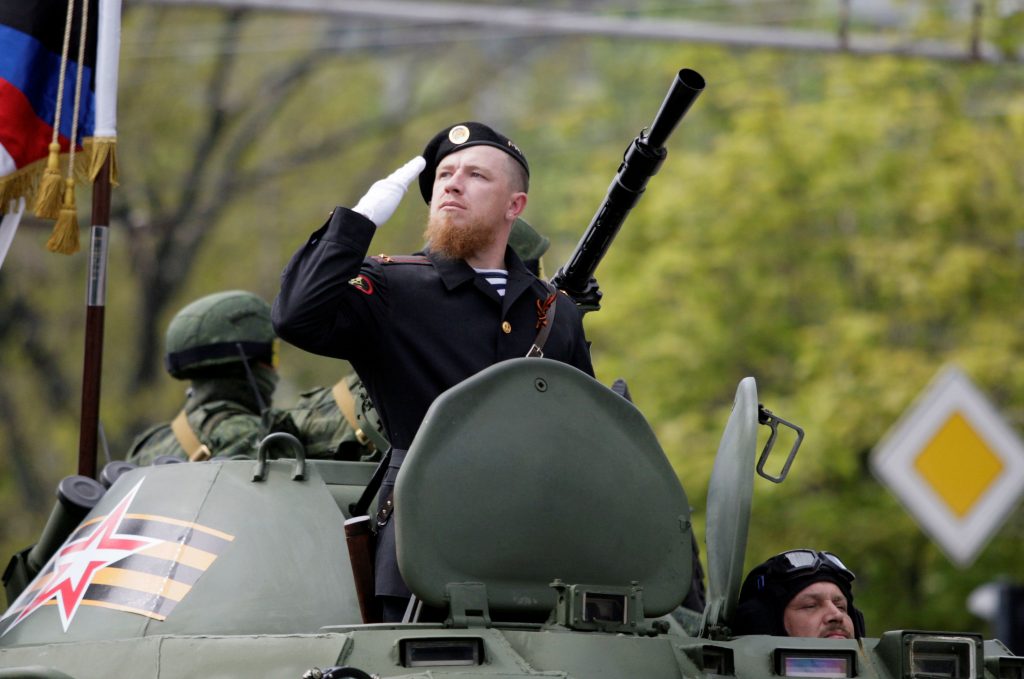 When does a Russian warlord become a “pro-Russian separatist?” Newsrooms around the world may want to ask themselves this question following Russian militant leader Arsen Pavlov’s assassination in Donetsk in mid-October. In the wake of the killing, one news report after another ran with headlines referring to Pavlov as a pro-Russian separatist leader, creating the impression of a Russia-leaning local who was defending his democratic rights by force of arms.

In reality, Pavlov was much more than simply “pro-Russian.” He was an actual Russian. This is not a matter of mere semantics—it is the crux of the entire conflict. Pavlov was one of tens of thousands of Russian citizens who have traveled to neighboring Ukraine in order to wage war. The forces Russia has deployed for this purpose include a mixture of regular army troops without insignia (“little green men”), paramilitaries drawn from Russian army veterans, Russian nationalists, common criminals, and local recruits. Together, they form a hybrid army of occupation that is larger than the armed forces of all but a handful of European states. Describing such people as “pro-Russian” is clearly absurd, and yet it continues. By almost any rational measure, Pavlov’s nationality should have been central to the international media coverage of his demise. Instead, in most reports it appeared as a mere footnote.

The media response to the death of Pavlov has highlighted the problems international reporters continue to face when covering events in Ukraine. Ever since the seizure of Crimea in early 2014, correspondents and editors have struggled to find the right terminology to define the Ukraine conflict and accurately describe the various combatants, as I have previously argued. These difficulties are no accident. Russia’s hybrid war tactics aim to create exactly this kind of ambiguity in order to paralyze international opinion and prevent an effective response.

Why have Russia’s tactics proved so effective? One of the key factors has been the ethical obligation among international news outlets to maintain objectivity and present “both sides of the story.” Unfortunately, journalists who adhere to it blindly at the expense of common sense are defenseless when confronted by an actor whose modus operandi includes lies and disinformation designed specifically to exploit this commitment to journalistic balance.

There is also a more practical reason. Most media coverage of Ukraine still comes through Moscow bureaus, where a combination of local everyday influences and accreditation issues make unambiguous coverage of the conflict unlikely. Journalists intending to report from occupied east Ukraine itself face even tougher challenges. Leaked emails from the press departments of the self-styled separatist republics make it clear that any correspondent who fails to articulate the Kremlin narrative adequately, or who dares to probe too deeply into Russian involvement, will find their access promptly revoked. For journalists who rely on continued access in order to earn their living, this is something they cannot afford to ignore.

Perhaps the single biggest barrier to better Ukraine coverage is the lack of local knowledge and understanding of the contemporary Ukrainian context. Sending correspondents down from Moscow to cover Ukraine is clearly asking for trouble, but it is still arguably better than asking stringers with no prior foothold in the region to provide perceptive reportage. Ukraine has been off the international radar for most of the past twenty-five years and remains terra incognita for all but a tiny niche within a niche of post-Soviet journalists. This has resulted in levels of ignorance that, while perfectly understandable, have left uninformed reporters vulnerable to manipulation and dangerous generalizations.

Thankfully, the situation has improved since the many early 2014 attempts to depict Russian- and Ukrainian-speakers as rival tribes engaged in ethnic warfare. However, the spike in Ukraine coverage since the Euromaidan Revolution has only begun to fill the many gaping holes in what remains one of the most overlooked chapters in the European story. For the time being, much of the available literature on Ukraine still comes from Russian or Russo-centric sources, while many in the international media community continue to take Russian claims of exclusive historic hegemony over Ukraine at face value. In all probability, it will take decades of increased exposure before the outside world starts to understand Ukraine without viewing the country through a Russian prism.

The news is not all bad. The recently published findings of the Joint Investigation Team into the MH17 tragedy have served to expose the depths and complexity of Kremlin disinformation, leading to increased levels of skepticism towards any information coming from Russian sources. The Kremlin’s air war in Syria has had a similarly sobering effect. Nevertheless, ambiguous media coverage of the conflict in Ukraine is still a major problem. As long as the international press sees fit to refer to Russian nationals as “pro-Russians,” the realities of Russian President Vladimir Putin’s hybrid war in Ukraine will stay shrouded in a fog of confusion, and peace will remain elusive. No conflict can expect to be resolved when the principle protagonist is permitted to pretend he is an innocent bystander.

Peter Dickinson, a UkraineAlert contributor, is the publisher of Business Ukraine magazine and Lviv Today, and editor-at-large at The Odessa Review. He was previously chief editor of Ukraine Today and What’s On Kyiv.