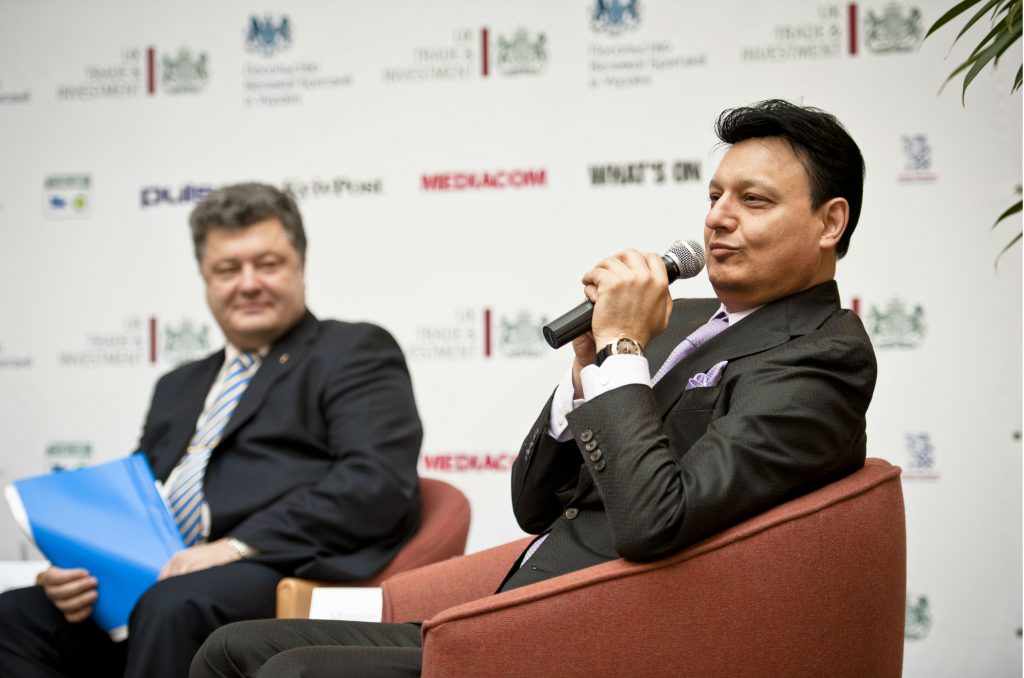 Ukraine is striving to attract foreign direct investment. Numerous roadshows showcasing the attractiveness of investments in Ukraine are being organized in different countries and pushed on the pages of some of the finest newspapers and magazines. On October 8, there will be a full Ukrainian Week in London, where the country’s leadership will attempt to create the impression that Ukraine is an increasingly attractive and safe country for foreign investors. [Editor’s note: The Atlantic Council is a sponsor of Ukrainian Week.]

For many years, I was convinced that Ukraine is an attractive and safe country for investors. I made my first investment in 1993 in the Odessa Sea Port and since then my group has invested more than $400 million into the Ukrainian economy.

I am a British citizen and the former owner of the Kyiv Post, the only independent English language newspaper in Ukraine. I owned the Kyiv Post for nine years and, without fear and favor, we strove to showcase both the positive and negative aspects of doing business in Ukraine. The newspaper frequently highlighted the pros and cons and then left it to our readers to make up their own minds.

In April 2018, I sold the newspaper but have not changed my attitude toward championing the truth.

For me, this issue is personal. In 2000, after having invested over $150 million in Donetsk Steel Works, I was told to leave. With the help of the Kyiv Post and the diplomatic community, I was able to withstand that attack. After that I had no problem until I took over the Kyiv Post. While there were requests through my Ukrainian employees to kill certain articles, we never gave in. In response, there was an effort to exert administrative pressure on my other business entities. Yet through all this we stood tall.

I believe that owning the Kyiv Post provided me with a degree of protection.

Since I sold the Kyiv Post, the vengeance has begun again. This stems in part from the fact that, although the Kyiv Post did support incumbent President Petro Poroshenko in the beginning of his term, we noticed that corrupt practices weren’t being tackled properly, and we started criticizing him. In response, the SBU, which is responsible for state security in the economic sphere, forced the police to initiate a criminal case against us based on the allegation that we have illegally altered the historic façade of the former Leipzig hotel we own where we have invested upwards of $90 million. However, when we provided all the documents confirming that the façade work was done in full compliance with the law, the case was closed.

Now we are under another raider attack. The Ministry of Defense (MoD) and the no-name “construction company” Prombud-M are trying to snatch a piece of land legally belonging to us. Here is the chronology of the events which shows just how rotten the system is:

I am sure that Ukraine’s corrupt judges and judicial system will never let me win. Even if I lose, I will continue to fight in the European Court of Human Rights.

In the meantime, in order to avoid these expensive court battles, in March 2018 I approached Daniel Bilak, director of UkraineInvest and chief investment adviser to the prime minister of Ukraine, to ask for help. Bilak found the case disturbing. He arranged for me to meet with Oksana Markarova, the Government Investment Commissioner (at that time also First Deputy Minister of Finance) and a head of the inter-agency Working Group established by Prime Minister Groisman to deal with cases involving existing investor’s issues.

In March 2018, I had a positive meeting with Oksana Markarova and the Working Group’s counsel. Makarova assured us that the government is making considerable efforts to create an attractive investment climate. She promised to inform Groisman about the situation and approach the Ministry of Defense as well. However, after this meeting Markarova discontinued any further communication and our emails went unanswered. Later she became the acting Minister of Finance.

We have tried to resolve this matter without hurting Ukraine’s dire need for foreign investment, but it seems that nobody in the higher echelons of the Ukrainian government cares.

If Ukraine’s current investors are not happy, then all their efforts to portray a rosy picture of the country’s investment climate will never prevail.

Mohammad Zahoor is a businessman and the former publisher and owner of Kyiv Post.