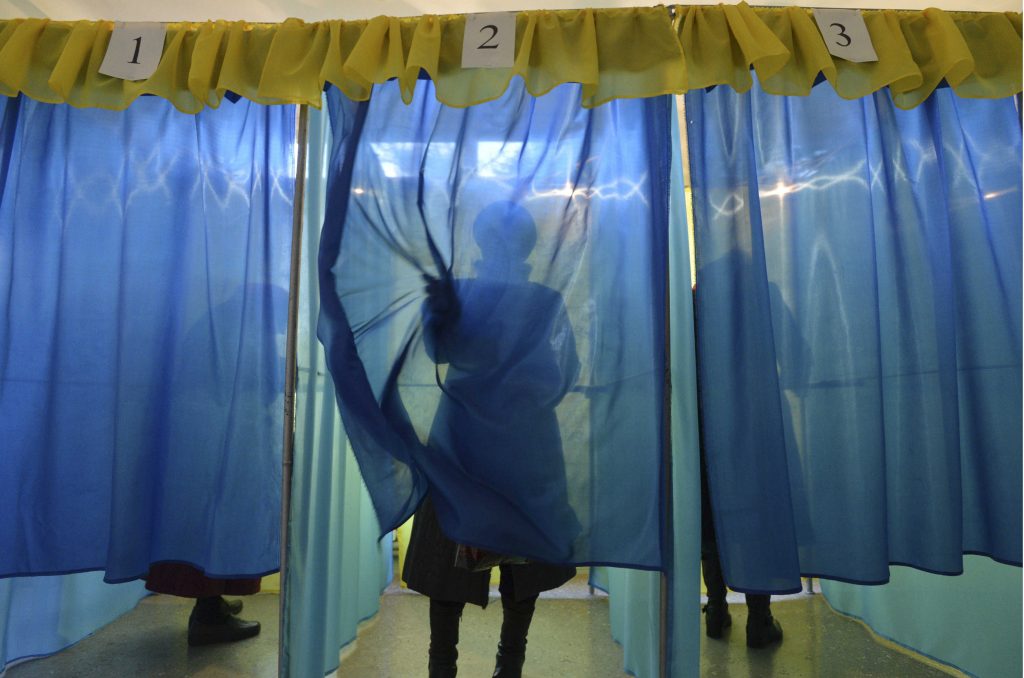 On September 20, the parliament replaced all 13 CEC members who were serving on expired terms. In a swift decision—too swift in the opinion of the opposition—the Rada expanded the membership of the CEC from 15 to 17. Parliament appointed fourteen presidential nominees, two members were carried over from the old CEC, and one seat was left vacant. Rada Speaker Andriy Parubiy and BPP representative Iryna Lutsenko both promised that a nominee from the Opposition Bloc will soon join. Thus, all parliamentary factions will be represented on the renewed CEC.

This move can’t come soon enough. The country will hold its presidential election in March and parliamentary polls in October.

Now the CEC has three big tasks. First, the CEC must initiate a modernization of its own structures and secretariat and a change of culture toward providing service. The new CEC needs to rebuild the trust that was lost during the Yanukovych era. The old CEC hardly did any public reporting or interacted with the public. Civil society has long criticized this and called on the CEC to establish an expert council that would provide a platform for structured exchanges with academia and civil society. Moreover, domestic and international election observers, including ODIHR, have called for greater transparency in the CEC’s decision-making processes. Importantly, none of these reforms requires any change of law. It is merely a matter of clear and visionary leadership, and a commitment to a change of culture and determination in its implementation throughout the institution.

Second, the CEC doesn’t have structures below the central level, and for a large country like Ukraine, this is a problem. Regional offices of the CEC secretariat were envisaged in the 2004 law on the CEC but have never been rolled out. If implemented, regional offices would give the CEC an opportunity to closely monitor the situation in the field, for instance when investigating complaints. Vote buying and the reported misuse of administrative resources at the local level are worrying trends in past elections and concerns for future ones. It should be the ambition of the new CEC in joint efforts with law enforcement to combat rampant electoral injustice and impose effective and dissuasive sanctions for electoral violations. Ideally, all persons serving on election commissions should be trained and certified. This could also be a task for the future regional offices of the CEC. Apart from lifting the additional workload from the Commission’s Secretariat and individual members, it is also a matter of ensuring greater independence of local state and executive structures.

Third, the CEC should continue to boost cybersecurity. Considering the real threats from Russia’s hybrid warfare in Ukraine’s east and its history of cyberattacks including against the commission’s IT-system Vybory in the 2014 elections, the CEC cannot afford to take any risks. It must immediately strengthen cybersecurity and ensure it has the necessary technical and human resources to withstand future threats. Such acts are aimed at destabilizing the situation in the country, and the CEC needs to be in the forefront of that battle. The CEC should be ready to ask parliament and the government if they need more support to bolster the institution’s IT systems and the voter register database against cyberattacks.

Since most of the CEC members are new to elections, they will need qualified guidance to take them through the first difficult months of transition. It is important that the CEC adopts a clear and robust strategy for its work and the incoming leadership gets the immediate and long-term priorities right. The international community expects to see a CEC that takes decisions collegially and lives up to the principles of impartiality, transparency, and professionalism.

In a recent statement, the international community, led by the G7 ambassadors and the EU, welcomed the renewed CEC and pledged strong support. Similar friendly statements were made by civil society organizations. The CEC should seize the opportunity and work closely with international and national stakeholders and be ambitious. Nothing less than Ukraine’s future depends on it.

Image: People fill out ballots in booths during a regional election at a polling station in Kyiv, Ukraine, October 25, 2015. Ukrainians went to the polls on Sunday to appoint mayors and council heads to regional seats. REUTERS/Gleb Garanich