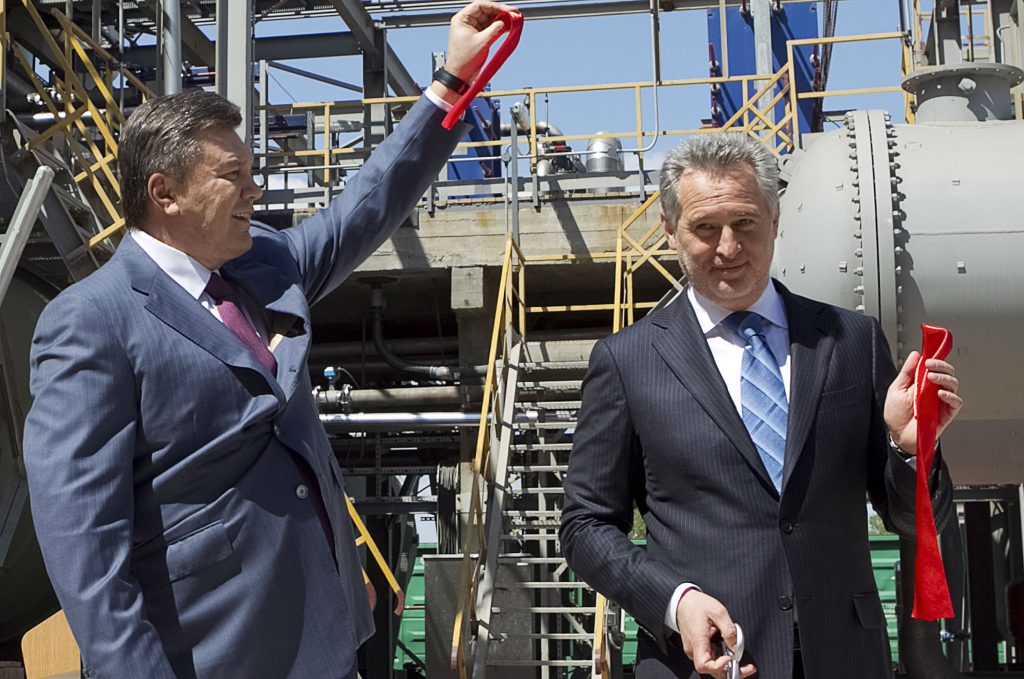 Four years after Ukrainians protested in the streets against jaw-dropping corruption, the most odious scheme of all—the corrupt natural gas market—continues to siphon billions from Ukraine. These proceeds underwrite a sophisticated bribery scheme in Russia and Ukraine, and more recently help subsidize Russia’s war and occupation against Ukraine.

The heist was devised years ago by mafia kingpin Semion Mogilevich, and has been fronted by Dmytro Firtash with the blessing of Russian President Vladimir Putin and his insiders. It was simple: A foreign intermediary company was established to buy gas from Gazprom, then sell it to Ukraine’s utility Naftogaz for huge profits that would then be diverted to Russian and Ukrainian politicians and officials.

The offshore intermediary was dismantled in 2016, but Firtash immediately devised another gambit. He now controls “zombie” intermediaries, or regional gas distribution companies inside Ukraine, that Naftogaz is legally obliged to sell eleven billion cubic meters of gas (about one-third of the market) at prices that are 50 percent below market. Worse, most of these zombies never pay for the gas, and Naftogaz cannot collect the bad debts in a timely fashion or cut off gas supplies. This includes companies that supply gas to Russian-occupied Crimea and Donbas and never pay for it.

The ultimate responsibility for Naftogaz rests with Ukraine’s Cabinet of Ministers, overseen by the president and prime minister. They have done nothing but tinker with regulations, only to have them clawed back later.

This incompetence is a big part of the reason why the IMF is refusing more loans to the country. And the solution is simple: Eliminate Firtash’s intermediaries and allow Naftogaz to sell directly to users or through legitimate intermediaries that pay. But the reality is that this would require taking on both Russian and Ukrainian crooks as well as Gazprom.

Besides the IMF, the latest western pressure is being applied by US Senator Roger Wicker, chairman of the US Helsinki Commission. He wrote a letter to Attorney General Jeff Sessions requesting that the US extradition case against Firtash be expedited to bust up this illicit gas arrangement.

Likewise, Mogilevich resides in Moscow where he is wanted by the FBI for a $1 billion securities fraud in 2005 in Canada and the United States, but protected from extradition there.

Firtash is also linked to former Trump Campaign Chair Paul Manafort from their days together working for deposed President Victor Yanukovych as well as regarding a New York hotel deal that fell apart. Email exchanges as part of the extradition case in Chicago contain explosive material, say sources.

Wicker’s letter argues that the Firtash extradition is essential—and in US security interests—because he prevents Ukraine from getting out from under Putin’s control. “Firtash still controls intermediaries in the Ukrainian gas industry,” he wrote. “Firtash accepts the gas and sells to end-users, but he refuses to pay Naftogaz and pockets the revenue. This scheme is estimated to have cost Ukraine $2 billion thus far.”

The extradition of Firtash will help, but is only part of the solution, said Oleksandr Kharchenko, director of the Energy Industry Research Center in Ukraine, in an interview.

“It will help because he’s the personality that connects Ukraine to the Russian mafia nation,” he said. “But this issue needs international attention. People connected to this are very powerful because they are connected to Russia and Gazprom.”

Kharchenko said that Prime Minister Volodymyr Groisman has gotten involved. “He understands the dangers and has been talking with the Naftogaz guys and now supports the position that the government has to get rid of the middlemen. He wants to exclude them from the supply chain.”

But clearly the West must get behind reforms with more muscle. The IMF and Firtash extradition is helpful, but sanctions on all the Ukrainian and Russian officials and politicians who have foot-dragged or sabotaged anti-corruption reforms to help Naftogaz and others are long overdue.

The significance of this situation cannot be overstated. Naftogaz is Ukraine’s largest corporation, and is Europe’s conduit for Russian gas. Russia is behind these and other efforts to squeeze and hold it hostage, then to destroy it (and Ukraine) by building Nord Stream 2 and another pipeline through Turkey to control gas to Europe.

These are weapons in Putin’s war to regain Russia’s hegemony throughout Eastern and Central Europe.