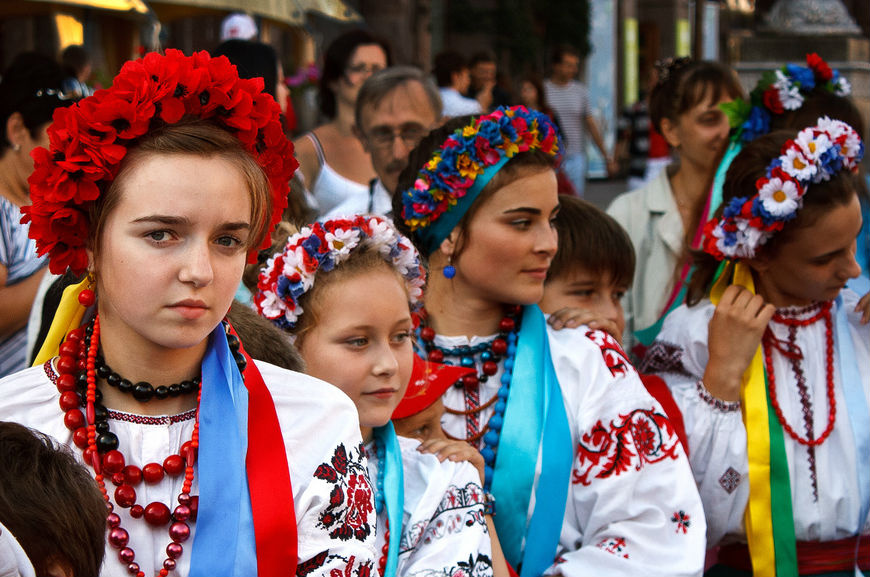 Many people claim that following the 2013-14 protests against former Ukrainian President Viktor Yanukovych, Russia’s annexation of Crimea and worsening violence in the Donbas, Ukrainian attitudes have significantly changed—mainly towards European integration, support for democracy and the fight against corruption.

Our project—“Region, Nation, and Beyond: An Interdisciplinary and Transcultural Reconsideration of Ukraine”—attempts to verify those assumptions and analyze changes in Ukrainian society in the wake of the Euromaidan.

The original survey, conducted in March 2013, gave a very detailed picture of Ukrainian society just before the upheavals began in November of that year. It focused on identities, attitudes towards the future development of Ukraine, historical memory, reading preferences, attitudes to language policies, level of religious practices, civil activism, democratic values and anti-corruption attitudes.

The survey involved 6,000 respondents in order to obtain a sufficiently diverse cross-section of Ukrainian society. We later conducted focus-group discussions and more than 500 in-depth interviews looking at interactions among local, regional, national, and, in some cases, transnational or global models of the past that comprise everyday life in post-Soviet Ukraine. In March 2015, we did a follow-up survey in order to analyze Ukrainian society before and after the revolution.

Despite the ongoing war and anti-Russian propaganda, we observed no tendency toward radicalization at the grassroots level in Ukraine. Nor did we see any dramatic shifts in importance attributed by Ukrainian citizens to their local, regional, professional, class, age, gender or national identities.

Ukraine’s East-West dichotomy is often presented as a stereotypical split between ethnic and political nationalism. Yet our cross-regional comparison demonstrated that divisions between political and ethnic nationalism run within regions than between them. Even more importantly, no clear-cut borders exist among ethnic groups in Ukraine, especially between Ukrainians and Russians. Their national identifications are multi-layered and often strongly intertwined, although some regional variations persist.

In 2013, the overwhelming majority of respondents in all regions of Ukraine (except for Crimea) described themselves as Ukrainians (see figure 1), and only a tiny fraction as Russians (see figure 2). In 2015, these numbers barely changed—a stark contrast to the picture presented by Russian media.

Our research showed that Russia’s annexation of Crimea and its military operations in the Donbas have rekindled Ukrainian nationalism. The Euromaidan effect on Ukrainians’ attitudes towards history is that for the first time, Ukraine has heroes and historical events commonly accepted in all regions, creating key markers for historical identity that are shared by all inhabitants.

Even though the Euromaidan’s main objective was for Ukraine to join the EU and fight corruption, pro-European sentiment did not strengthen dramatically, though there has been a shift in respondents’ political orientations from supporting a union with Russia towards backing one with the EU.

We saw no real change in support of corrupt practices, such as parents offering gifts to school officials in order to have their children accepted, bribing doctors to get access to health services, or paying fees to have documents sorted out. But respondents who supported the Euromaidan tend to demonstrate stronger attitudes against corruption.

Our study found a notable civic pride among respondents, 54 percent of whom claimed to have participated in some form of public activism in the preceding year. These included supporting soldiers in the anti-terrorist operation, or ATO, zone (31.4 percent); offering material assistance or volunteering time and professional assistance (18.4 percent); helping refugees from Crimea or eastern Ukraine (12.4 percent); writing appeals to local politicians (7.3 percent), and boycotting Russian goods and services (6.8 percent).

This pro-active group largely consists of urban dwellers (with the exception of those helping ATO soldiers, which in this case involved people from all locations). They are also relatively well-educated—often owning their own business—and describe their quality of life as good. Many have worked or studied abroad. At the same time, public activism is not spread evenly throughout Ukraine. Inhabitants of Donetsk, Kirovohrad, Kharkiv, Mykolaiv, Odesa, and Sumy were the most passive, with participation rates of only 20 to 40 percent. At the other extreme were residents of Lviv and Ternopil (with 82 to 85 percent involvement), followed by Ivano-Fankivsk, Chernivtsi, and Vinnytsia oblasts, and the city of Kyiv (with participation rates of nearly 70 percent).

Viktoriya Sereda is Associate Professor in the Department of Sociology at the Ukrainian Catholic University of Lviv. She also coordinated sociological research of the project survey “Region, Nation and Beyond: An Interdisciplinary and Transcultural Reconceptualization of Ukraine,” organized by Switzerland’s University of St. Gallen.

Image: New research shows that Russia’s annexation of Crimea and its military operations in the Donbas have rekindled Ukrainian nationalism. The Euromaidan effect on Ukrainians’ attitudes towards history is that for the first time, Ukraine has heroes and historical events commonly accepted in all regions, creating key markers for historical identity that are shared by all inhabitants. Credit: Creative Commons/Ghenady