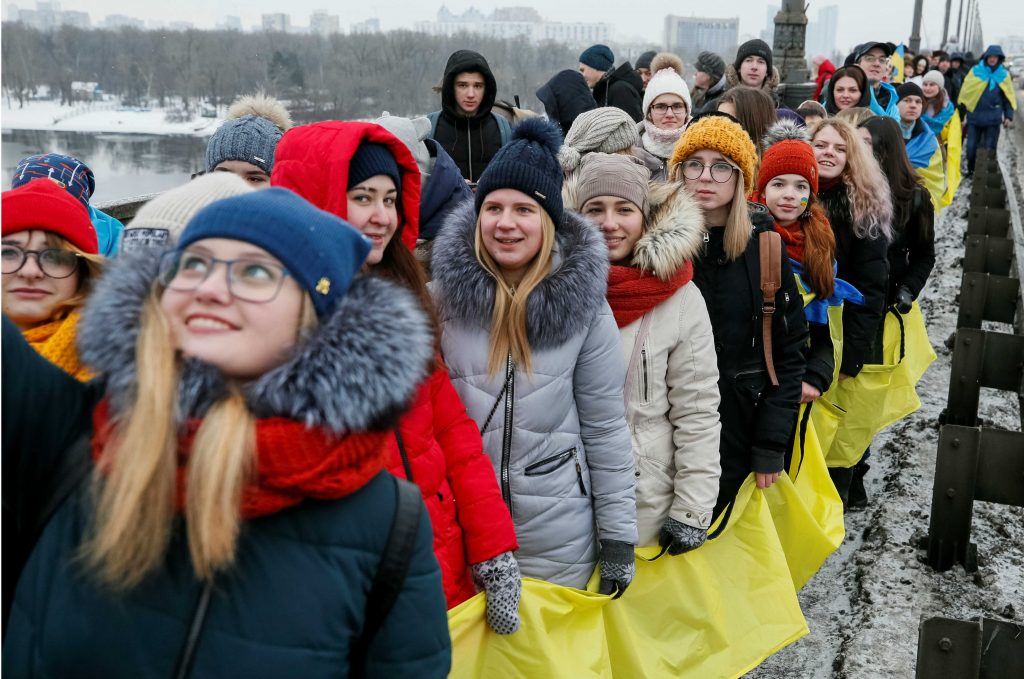 With every new election cycle, Ukrainians freeze in hope and despondency. Each time, we face an inner conflict between the desire for fair and systemic change and the fear and distrust acquired from experience. We’ve been trying to break out of this vicious cycle for twenty-seven years, and each time we try, the enthusiasm subsides within a year or two and we return to dreadful despair. Hardworking ants sometimes behave this way. It’s called a spiral of death. Sometimes an entire colony almost drops dead from pointless activity and only a few miraculously break free and survive.

There are a number of reasons why the country doesn’t work the way Ukrainians want it to, but the complex picture of our troubles should be simplified to make it as clear as possible. Most would agree that our fundamental institutions aren’t functioning properly. They make a lot of noise, but remain dysfunctional. In the country’s parliamentary-presidential republic, the president rules over the government, but the parliament does not perform its functions. Not only do members of parliament work ineffectively, they simply don’t show up. This month is a good example: nearly 13 percent of MPs have missed 90 percent of the votes held so far. They get away with it since there’s no accountability. In the end, all of them—the president, prime minister, parliamentarians, oligarchs, and lobbyists—shamelessly manipulate since it’s the only salvation in a system with no rules.

Democracy isn’t working. People started talking about the flawed rules in the initial years after Ukraine adopted a Constitution. After the Orange Revolution, it became clear that the rules are completely useless. As the years went on, the Orange heroes did nothing to correct mistakes. The Revolution of Dignity was a cry of despair. Unfortunately, the same actors we have known for decades have done nothing to fix the broken system. Now we face a new choice, but we’re being dragged back into the death spiral.

The truth is harsh: if Ukraine’s political elite disappeared tomorrow, the country’s future would be far better off. Ukrainians want new faces, but we do not build pathways for new faces to emerge. We desperately need to change the political rules to ensure long-term sustainability and a material decrease of political corruption by speeding up leadership rotation and establishing a fair competition and solid ground for political parties to grow. To do that we need simple ideas which can be easily understood and supported by millions.

There are dozens of versions of what should be done, but only a “five-step model” where each step is interlinked might be capable of changing the political climate within a decade.

First, revoke parliamentary immunity. Politicians have promised and failed to do this for fifteen years. Revoking immunity will strike a serious blow to the established traditions of political corruption that are the elite’s flesh and blood. If we fail to do so in the near future, corrupt politicians and their puppets will continue to win elections.

Second, rewrite campaign rules. A complete revision of the rules during elections, as well as in the off season, should be an integral part of political reform. Campaigns should revolve around ideas, leaders, and strategies, rather than who has the biggest war chest. Campaign season should be limited to two months. Early campaigning should be prohibited. If we fail to implement this soon, puppets, buffoons, and cheap clowns on the payroll of oligarchs will continue to win elections.

Third, Ukraine’s democratic model is a combination of inherited Soviet parliamentarism and best European practices. We urgently need to shorten the terms of office for the parliament and president. Parliamentarians serve five years, and this is too long in a fast-changing environment without stable institutions. Three years is a perfect term of office in the Verkhovna Rada, and would reinvigorate the work of political parties and foster direct dialogue with the people. The same should apply to the president. If we fail to do so, the same faces that nearly drove the country to ruin will win again and again.

Fourth, we need to create conditions for political parties to develop and grow by limiting the number of consecutive terms a member may serve in parliament. In the United States, it’s called term limits. Even the most respectable officials shouldn’t wear out the seat of their trousers or skirts in parliament. Similar to the restricted presidential term, two consecutive terms of office in the parliament can significantly revitalize political parties and force leaders to groom party youth for work at the highest level. If we fail to do so soon, the same faces will dominate again and again.

Fifth, change the election law to introduce an open party list system, which is probably the most obvious and necessary change. If the 2019 elections proceed under the current and utterly rotten 50-50 system, we’ll at best be crawling in the right direction for five more years. At worst, we may lose another five years. Our best and brightest will vote with their feet and stay in Poland, the Czech Republic, New York, and Silicon Valley, our institutions will further degrade, and we certainly won’t defeat the enemy in the east.

There are many ways to make Ukraine succeed, but fundamental changes are not easy and not happening fast enough. Ukraine can change its political culture. After all, Ukrainians deserve a chance to break out of the death spiral that persistently haunts us.

Andrii Osadchuk is a member of the Kyiv city council and an attorney. This fall, he spent three weeks in Washington, DC, as a James Denton Transatlantic Fellow, a program sponsored by the Center for European Policy Analysis.

Editor’s note: The article was translated from Ukrainian into English by Vera Zimmerman.