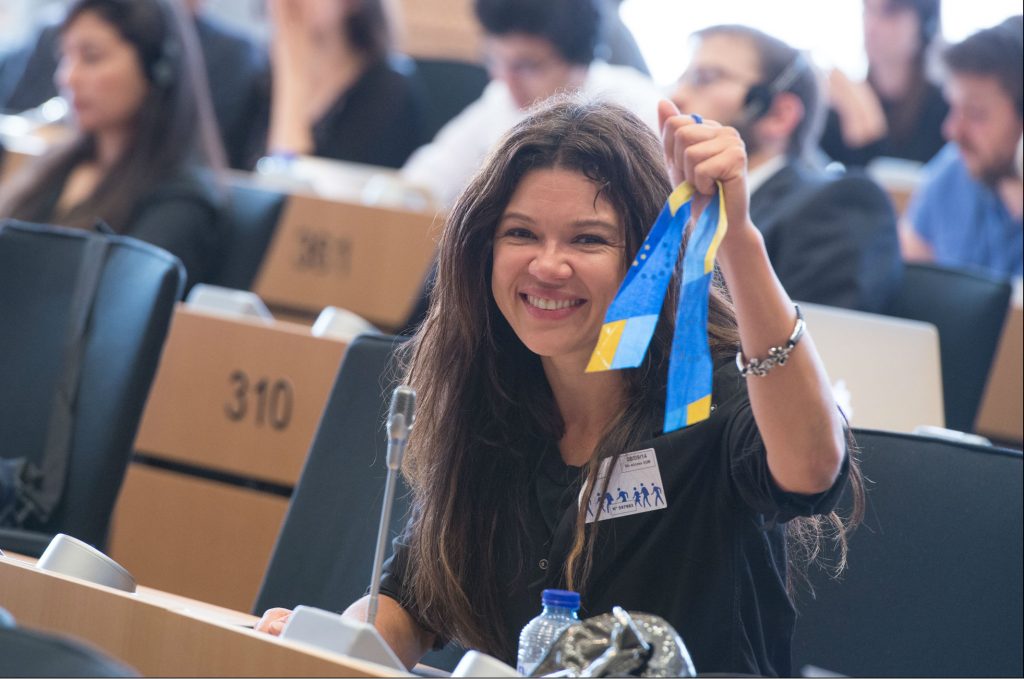 Following the Revolution of Dignity, Ukraine has taken big political and economic steps forward. Today, we need to assess what has been accomplished and what Ukraine should achieve in the next fifteen years. The nation needs to set ambitious goals, aiming for an average economic growth rate of 6-7 percent a year. That kind of growth is possible because Ukraine is lagging so far behind neighboring European countries.

No economic growth is possible without financial stability. Fortunately, Ukraine is close to reaching it. The budget deficit has been reined in. Last year, public expenditures were cut from 53 percent of GDP to 44 percent of GDP; they should be further reduced to 35 percent of GDP as in Lithuania or Romania. The exorbitant payroll tax of 45 percent has been cut to 22 percent. Annualized inflation has already fallen below 10 percent a year. The National Bank has started cutting its interest rate, and soon commercial lending rates will fall to 20 percent a year, which would allow investment to take off.

Ukraine’s EU Association Agreement includes a deep and comprehensive free trade agreement, but it limits Ukraine’s EU exports of thirty-six important export products with very small quotas. They should be expanded. Yet this free trade agreement enables Ukraine to attract foreign direct investment through integration into the European supply chain. It is likely to be Ukraine’s main growth engine beside agriculture. The EU share of Ukraine’s exports should quickly rise from one-third to two-thirds as in the rest of Eastern Europe.

The EU is close to granting Ukraine visa freedom, which will allow Ukrainians to travel freely in Europe. Tens of thousands of Ukrainians are already receiving higher education in EU countries, and millions are working there, gaining valuable experience. Visa freedom will facilitate all of these international exchanges. In the early 1990s, millions of Poles returned home with new insights and skills and demanded corresponding reforms at home, to their country’s great benefit. The same is likely to happen in Ukraine.

Ukraine’s worst development trap has been the corrupt gas trade. In 1998, gas trader Ihor Bakai famously stated that all really rich people in Ukraine had made their money on the gas trade. After the recent unification of gas prices, this is no longer possible, and that was a giant blow against Ukraine’s oligarchy. The country needs to clean up all its markets of monopolization and corrupting state interference, through deregulation and the abolition of harmful regulations and inspection agencies. The vast bulk of the remaining 3,500 state enterprises needs to be sold off so that private enterprise can thrive.

The next big step should be to clean up the political system. Ukrainian elections are far too expensive, but new legislation is supposed to restrict all parties to public financing. The coalition agreement of 2014 calls for proportional elections with open lists: that is, with a choice of candidates and party as is the case in Finland and Germany. This should be legislated. Parliamentarians should be limited to legislative activities and no longer be allowed to interfere in executive or state enterprise management. The new law on income declarations of public officials renders them legally liable, which will hopefully increase transparency.

The biggest stumbling block in Ukraine’s efforts to combat corruption is the pervasively corrupt law enforcement system. The two key elements are prosecution and the courts. East Germany, Estonia, and Georgia have recorded the greatest successes in this area: they sacked all of the prosecutors and judges and hired new ones. Ukraine should do the same. A more arduous way is to set up alternative anticorruption bodies as Romania has done. Eventually, the Romanian approach has worked, but it has taken far longer. In this, EU pressure is of significant help.

If Ukraine proceeds successfully on this road to building a free and fair economic, political, and legal system, the country should be ready to apply for EU membership in 2020, as President Petro Poroshenko has stated, and with normal progress it should be ready for membership in 2030. Article 49 of the EU Treaty entitles every European nation to apply for EU membership and the so-called Copenhagen criteria clarify what is requested from a country for it to become a member.

The accession process is an intense period of reform for a potential EU member, even in such a reluctant reform country as Romania. The EU will persist; it knows how to reform a state and clean up corruption.

Anders Åslund is a senior fellow at the Atlantic Council in Washington and author of “Ukraine: What Went Wrong and How to Fix It.” This article was originally published in Russian by Novoe Vremya UA.