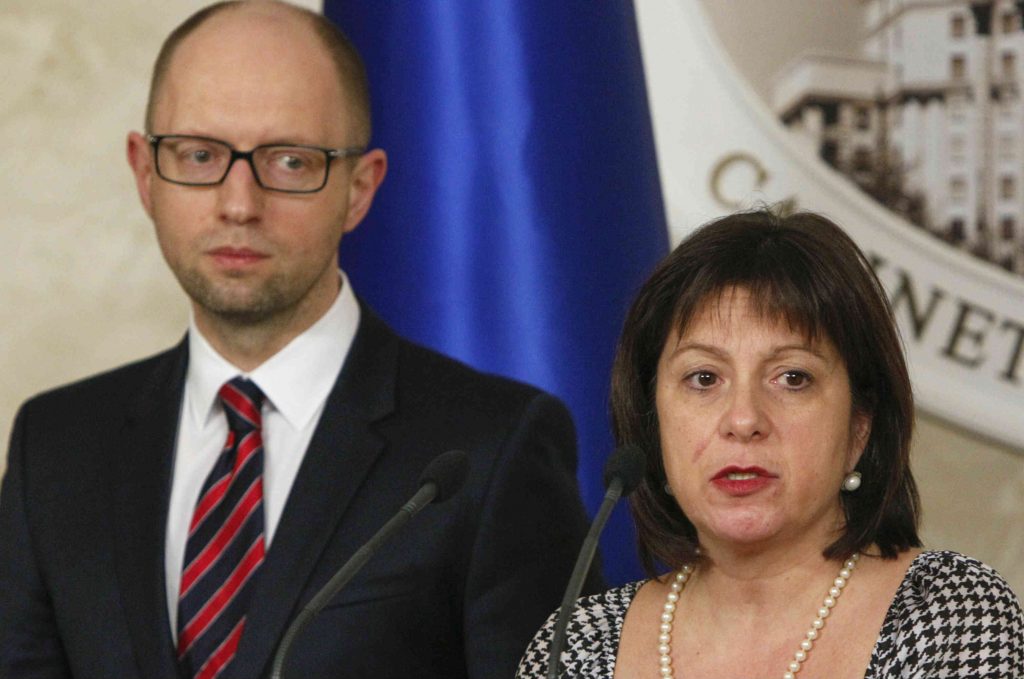 For one year, Russia has pursued a long, costly war of aggression against Ukraine. Its objective is obvious: to destabilize Ukraine so that the new democratic regime fails. Therefore, the West should adjust its goals accordingly to offer Ukraine financial support.

The Kremlin has presented one false objective after the other for this aggression. On February 27, 2014, “little green men”—that is, Russian special forces in Russian uniforms but without insignia—occupied the Crimean regional parliament. The next day, they took over the peninsula’s two international airports. Within two weeks, these troops had skillfully occupied all of Crimea.

Initially, Moscow presented its occupation as a separatist uprising, but Russian President Vladimir Putin has admitted that his troops participated en masse. The Russian people—for whom Crimea was a lost Soviet holiday paradise—supported this naked, unprovoked aggression. And because it was a complete surprise, conquering Crimea was easy.

Interpreting the rest of Moscow’s war on Ukraine is more complex. Russian leaders discussed three major strategies. One was an early leaked plan from the National Security Council, reportedly connected with Putin’s Chief of Staff Sergei Ivanov, about taking ten eastern and southern Ukrainian regions—including Kyiv—to unify the Soviet military-industrial complex. That would have required a march on Kyiv in the spring of 2014, which did not happen.

Putin publicly presented a second idea April 17: the seizure of “Novorossiya,” the Catherine II-era term for eight eastern and southern regions of Ukraine. That would also have involved a major spring attack, but this did not take place either.

Instead, the Kremlin opted for a third strategy, identified with Putin’s diabolic aide Vladislav Surkov: a limited but bloody war in the eastern and southern part of only two of Ukraine’s 25 regions, Luhansk and Donetsk, known as the Donbas.

The destruction has been horrendous. The territory now occupied by Russian troops or their subordinates once harbored 3.3 million people, but most have since fled—1.3 million to other parts of Ukraine, 500,000 to Russia, and 100,000 to other countries, according to the United Nations High Commissioner for Refugees. Only pensioners, the destitute, and criminals remain.

The economy in this rustbelt of dangerous coalmines and obsolete steel mills is stagnant, but it accounted for 10 percent of Ukraine’s GDP in 2013. The war is the main reason for Ukraine’s economic catastrophe. However, Moscow’s drastic trade sanctions have also crippled the country’s economy.

Last year, Ukraine’s exports to Russia fell by half, equivalent to 12 percent of total exports. That caused Ukraine’s GDP (excluding Crimea) to shrink by 6.8 percent. This year, GDP is likely to drop by a further 9 percent. About 75 percent of this contraction is due to the fighting in the Donbas and Russian trade sanctions against Ukraine.

With its war of destruction, the Kremlin’s apparent objective is to destabilize Ukraine to the point of political collapse. In his documentary film about the capture of Crimea, Putin said he acted when Ukrainian President Viktor Yanukovych was falling. Yet he also piled scorn on Yanukovych. Clearly, Putin attacked Ukraine’s democratic breakthrough as a preemptive strike against democratization in Russia. Rather than a sign of political strength, this was proof of his political weakness—combined with relative military strength and Western cluelessness.

The European Union and its March 2014 Association Agreement with Ukraine was completely irrelevant. Putin has made clear that he views the EU as a political dwarf.

Yet the EU was important in other ways. Incredibly, the European Commission sees the Russia-Ukraine gas conflict as a commercial dispute rather than an act of war. That’s why, late last year, it made Ukraine pay Gazprom $3.1 billion in disputed arrears, depleting Kyiv’s reserves and forcing the collapse of Ukraine’s hryvnia. It also obligated Ukraine to buy gas from Russia without offering any competition for its harmful acts.

Ukraine should stop trading with Gazprom, which corrupts Ukraine and the rest of Eastern Europe. Tellingly, during the Minsk peace talks, Russia urged Kyiv’s destitute government to pay pensions and subsidies to the occupied Donbas, where Ukrainian officials can neither enter nor collect taxes. Russia wants the Ukrainian government to bleed.

Last spring, the EU proudly announced that it had opened its markets to Ukraine, but some 40 key quotas remain, causing its imports from Ukraine to fall sharply in the last quarter of 2014. Europe must open its markets to Ukrainian exports more widely, especially since Russia has closed its own markets as an act of war—and especially since the EU has delayed launching its vital Deep and Comprehensive Free Trade Agreement with Ukraine at Russia’s behest.

Meanwhile, Ukraine’s first serious, able government in years has quickly adopted vital reforms the West had called for. It quadrupled household gas prices on April 1 without sparking any popular protests. It abolished corrupt coal subsidies and has opened up public procurement for competition, and has cut the oligarchs down to size.

Kyiv is doing exactly what it’s supposed to do, but what is the EU doing? It has committed merely €5 billion in loans to Ukraine, compared with €200 billion for Greece. This makes no sense. Ukraine does all the reforms, while Greece has ignored similar demands for years and now openly opposes them. Ukraine has more than four times as many people as Greece, and it is far more strategically important for Europe.

After having lost Greece, Brussels needs a success story—and Ukraine is the obvious choice. But the EU must do far more. If it won’t give Ukraine the military aid it badly needs, it could at least offer crucial financial aid. The European central banks could easily give Ukraine a €10 billion credit swap, which would stabilize the hryvnia without costing the EU anything, because the ECB could impose strict conditions that force Kyiv to change policies before it needs the swap. The money would stay with the ECB in Frankfurt. There is no reason not to offer such assistance.

Anders Åslund is a Senior Fellow at the Atlantic Council and author of the new book “Ukraine: What Went Wrong and How to Fix It.” This article was originally published in German by Capital and has been abridged.

Image: Ukraine's Finance Minister Natalia Jaresko and Prime Minister Arseny Yatseniuk address the media during a news briefing in Kyiv on March 11, 2015. The International Monetary Fund's board signed off on a $17.5 billion four-year aid program for Ukraine. REUTERS/Valentyn Ogirenko