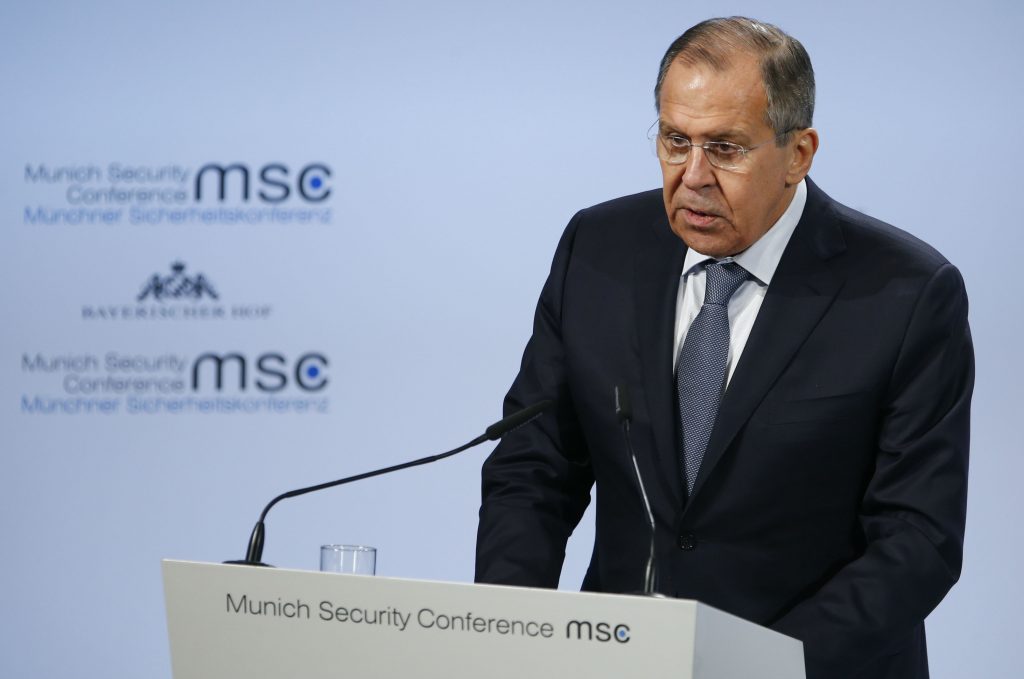 One of the Russians attending the Munich Security Conference last week tweeted that based on the speeches he had heard, Ukraine was an afterthought in Europe. Nothing would comfort Moscow more than to believe that for the West, Russia’s aggression in Ukraine is merely a minor concern. That would make the tasks of obstructing the implementation of the Minsk accords and steadily undermining Ukraine through military pressure, economic warfare, terrorism, and information warfare much easier.

But even if the tweet was wholly incorrect, this Russian gloss on the proceedings there, taken in the context of last week’s other news, proves two conclusions.

First, messages like these emanating from Moscow continue to illustrate that for the Russian government and some of the expert community, Russia’s aggression is fully justified, and Ukraine has no right to an independent existence. In other words, Ukraine and its people are really Russia and Russians, albeit misguided and straying members of the family. They have no independent history, culture, religion, or right to exist as a sovereign state within internationally recognized boundaries.

Indeed, one cannot read Russian foreign policy literature or that of Putin’s apologists in the West without findings echoes of these arguments. And as long as Moscow thinks this way, the war will continue, and with it the overall Russian war on the West—as shown by the indictments of Russian front groups last week in Washington.

For this reason, US and European support for Ukraine remains of the utmost importance. Putin’s invasion of Ukraine was the most naked form of aggression in Europe since World War II and globally since Saddam Hussein invaded Kuwait in 1990, and it must be acknowledged as such. Western support for Ukraine that includes weapons assistance must continue, along with constant Western pressure on Ukraine to live up to its goals of democratic reform, without which it would be vulnerable to Russian pressure. As everyone west of Russia recognizes, an independent democratic Ukraine secure in its 1991 borders is not a threat to anybody. In fact, as Sherman Garnett wrote a generation ago, Ukraine is “the keystone in the arch” of European security.

These considerations lead to a second conclusion. This confluence of events—the activities in Munich and the recent indictments—shows that Ukraine’s war is our war, indeed that Moscow is still at war with the West. The Mueller indictments reveal that the actions under review there began in 2014; they grew out of the Western reaction to Moscow’s aggression in Ukraine. These facts also make mincemeat of the argument, offered by Russian apologists in the West, that Moscow is somehow entitled to a “sphere of influence” that includes Ukraine, and that it is simply a great power who wants in on the world order. Moscow’s war with the West shows that Russia is not merely interested in having a sphere of influence but in revising the entire post-Cold War order so that it has total freedom to do as it likes in world affairs.

As the indictments and testimony by US intelligence agency leaders make clear, Russia’s war on the United States and Europe continues, just as it does against Ukraine. This fact obliges both the US and European governments not only to forge a durable, credible, and multi-dimensional strategy against Russia but also to assist Ukraine in achieving the same.

While the Department of Justice’s indictments are specific to the United States, Europe is also deeply affected by Russia’s actions. Despite the multiple challenges and crises afflicting Europe, the EU will not be able to make progress on any of them until it realizes the nature of this one. The other challenges—migration, lack of cohesion, economic stagnation, and related populist issues—pale before this one because Moscow has found a way to inflame all of the others.

Therefore, both the United States and Europe must emphasize that Ukraine is not an afterthought, and that they embrace Ukraine’s cause, no matter how difficult that may be, by simultaneously pressuring it to reform, providing it with the means of self-defense, and insisting that Russia abide by the Minsk accords and pull out of the Donbas and Crimea. Only when that happens might Moscow realize that it cannot continue to threaten Western security without risking a much greater disaster at home. And only then may it actually seek to repair some of the damage it has created.

Stephen Blank is a senior fellow at the American Foreign Policy Council. He is the author of numerous foreign policy-related articles, white papers, and monographs, focused on the geopolitics and geostrategy of the former Soviet Union, Russia, and Eurasia. He is a former MacArthur Fellow at the US Army War College.