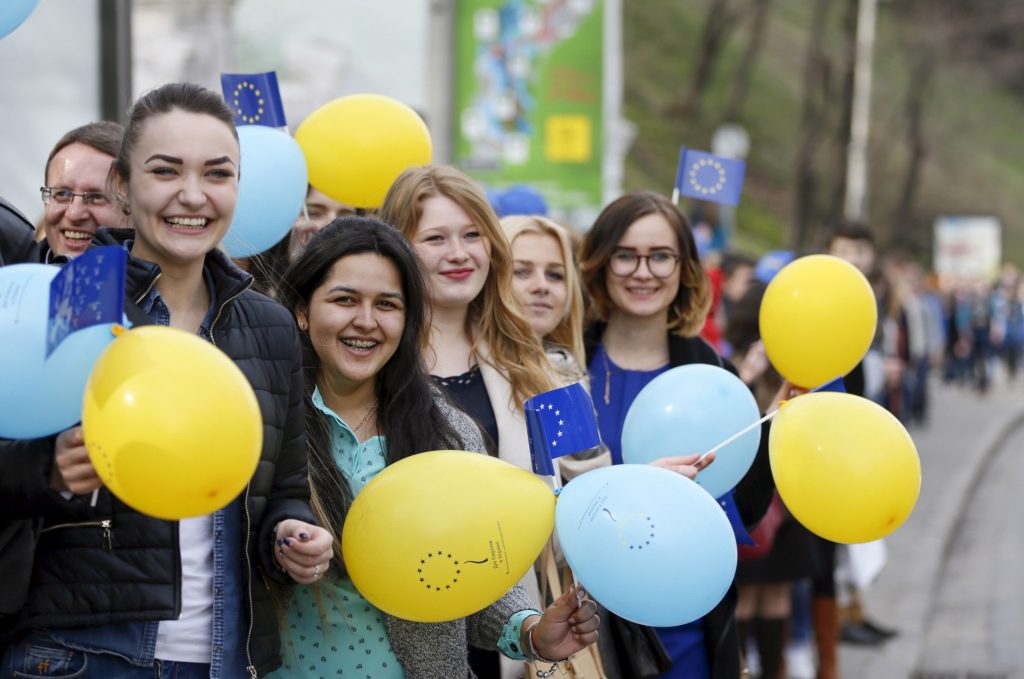 Shall we live the old way? What are the lessons for the government of Ukraine from the referendum in the Netherlands?

Let’s begin with gratitude to the hundreds of colleagues and friends who in recent days worked to urge the people of the Netherlands to support Ukraine in the referendum.

Simultaneously, we need to move from pseudo Eurointegration to making real changes.

First, we choose Yanukovych types, then we throw our youth into the Maidan under the fire of grenades and snipers. We could have won, were it not for the pseudo-led policy on Eurointegration.

Europe is already exhausted by our demands to introduce a visa-free regime, whereas we should have astonished it by our success stories with the adoption and implementation of a large number of European legislation and actions to combat corruption rather than attempts to go after those who expose corruption. We had to surprise it by the quick formation of a capable coalition, not by a three-month tug of war over the empty budget coffers.

Do you think that Europe and the world doesn’t see this? Do you think the Dutch are unaware of our kickbacks and deals? It is all well known, especially from their many investors and journalists.

And aren’t our people—the voters —ashamed to keep on electing deputies who are and have become wealthy beyond imagination while the aggressor is destroying the country, spending too much time vacationing in the Bahamas, and underreporting their tax declarations?

Let’s correct the situation in the country and do the task ourselves. Join a movement for the creation of the kind of Ukraine that Holland will unanimously support!

The work to correct errors should begin with a simple analysis of a survey of the Dutch people who voted against it. Some just do not want to hear about the EU. This is a problem for the Dutch government. Some are fooled by Russian propaganda. This is a common problem for the EU and our own civil society. Some only hear the negatives about us and don’t hear the positive accomplishments. This is a problem for the Ministry of Information and the Ministry of Foreign Affairs. The former needs to develop a product, and the latter needs to send the message through its own efforts and its communication with civil society.

For this to happen, there is a need to be in contact with society, not just through individual diplomats, but through the personnel of all diplomatic missions (through the Ukrainian diplomatic corps). Diplomats need to learn to live and understand the pulse of their nation, not just follow instructions from the ministry.

Timely appointments of ambassadors are needed! This applies not only to the EU. If there is such a low level of knowledge about Ukraine in educated Holland, what do we expect in Asia or Africa? It is up to us to communicate! It is in our own interest, but instead of strengthening the effectiveness of our diplomatic corps, we are cutting diplomatic posts and reducing salaries of embassy personnel and diplomats. Soon they will ride bikes and will attend meetings with colleagues in jeans.

Will we use the experience of this referendum within an environment of Euroskepticism in the EU to our advantage? Or, as is our habit, are we going to forget about our mistakes and the fear of defeat, and continue to live the old way as before? Until the next referendum or revolution?

Join us! It is time to live responsibly!

Hanna Hopko is a member of Ukraine’s parliament and chair of its foreign affairs committee.

Image: Students attend a flash mob to support a European treaty deepening ties with Ukraine on the eve of a referendum held in the Netherlands, in Kyiv, Ukraine, April 5, 2016. REUTERS/Valentyn Ogirenko