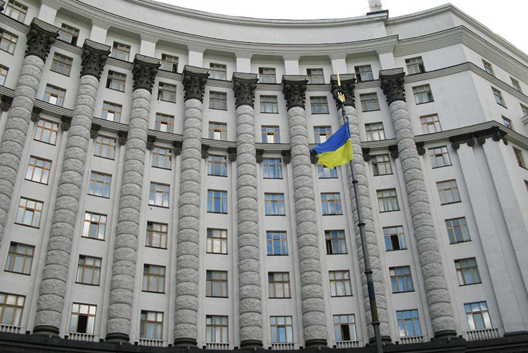 Ukraine's Cabinet of Ministers, whose Kyiv headquarters is shown in this May 2015 file photo, recently approved a resolution calling for the privatization of more than 300 state-owned enterprises. Credit: Info-News

Privatization has generated controversy in every post-communist country. Ministers of privatization are usually accused of heinous crimes, regardless of how impeccably they have performed their jobs. Yet privatization is vital for all such nations, not least for Ukraine. The goal must be to limit state-owned enterprises so that the private sector dominates. The aim isn’t to maximize state revenues but to transform both the state and the economy.

Ukraine has 1,800 active state-owned enterprises. Allegedly 1,500 of them are nearly worthless and cost the government money through budget subsidies. Bad state enterprises tie up resources. Their assets would be far more valuable in the hands of a private owner. If a new owner fails, the company will be bankrupted and its assets sold off on the market.

State enterprises not only cost money; they also breed corruption. Virtually all of them have a shadow proprietor who taps them on money through opaque procurement or transfer-pricing schemes. Even if a privatization is imperfect, it takes place only once, while many state companies continuously draw subsidies from the state budget.

In most post-Soviet countries, a symbiosis has evolved between large state corporations and the political leadership engendering authoritarian rule. Russia is the most obvious example, with Gazprom as its greatest political slush fund, with which President Vladimir Putin consolidated his power. Putin has also shown how easily it is to restore the dominance of state enterprise, Privatization breaks the powers of state enterprises and facilitates the survival of democracy. Naftogaz accounts for 8 percent of Ukraine’s GDP, as much as Gazprom of Russia’s. That is an impermissible concentration of state power.

Countries need privatization most urgently in the midst of economic crisis, but then market prices are pitiful. If a government sells valuable assets under such circumstances, prices will be low, and people will complain forever about giveaways. Ironically, people get more upset with enterprises that succeed after privatization, such as Yukos, than with those that fail, such as Russia’s forgotten Sidanco oil company.

So what should Ukraine do? Privatization is an act of the politically feasible. The era of voucher privatizations or mass privatizations is over, while orderly initial public offerings via the stock market are not possible as yet. The main consideration should be to rid the state of assets that generate not incomes but expenditures and corruption, while Ukrainians won’t object to their selloff.

Ukraine’s government must close and liquidate such enterprises and sell off their assets so that they can be utilized. If Kyiv does not have the political and administrative strength to do so, it could transfer small and medium-sized state enterprises to the regional administrations and let them sell such companies while prohibiting any further state subsidies.

Some state enterprises, such as alcohol producer Ukrsprit, enjoy near-monopolies for no good reason. The government should be break them up into smaller units before selling them off. Naftogaz should be divided into many enterprises for oil and gas production, oil and gas pipelines, sales, and so on. No breakup is optimal, but it can end harmful monopolies and create market competition for products and assets. Other state enterprises have no natural function but hinder the market and should be dissolved for that reason. The electricity wholesale monopoly Energorynok is one example, the already abolished state reserve agency another.

Ukraine has only a few really valuable state companies, mainly in energy and transportation. For these enterprises, the sales price does matter and it should be as high as possible. Then privatization should not be early but deliberate and conscientious. These companies should be restructured before privatization to become fully transparent and professionally managed. Their corporate governance should be cleansed and all former managers ousted to end the old corruption.

The basic principle of any sale should be a simple, open, competitive auction with a minimum of conditions. All remaining state shares of a firm should be sold at the same time. Usually, sales of minority shares attract only one real bidder, the shadow proprietor. After he or she has gained a majority, the remaining state shares become practically worthless. In other countries, it makes sense to sell some shares in order to establish a market price, but Ukraine does not have any real stock market; it has been relocated to Warsaw.

In short, privatization is vital, but it must be sensibly, decently, and transparently done. Politics and market formation are more important than revenues.

Anders Åslund is a Senior Fellow at the Atlantic Council and author of the book “Ukraine: What Went Wrong and How to Fix It.”