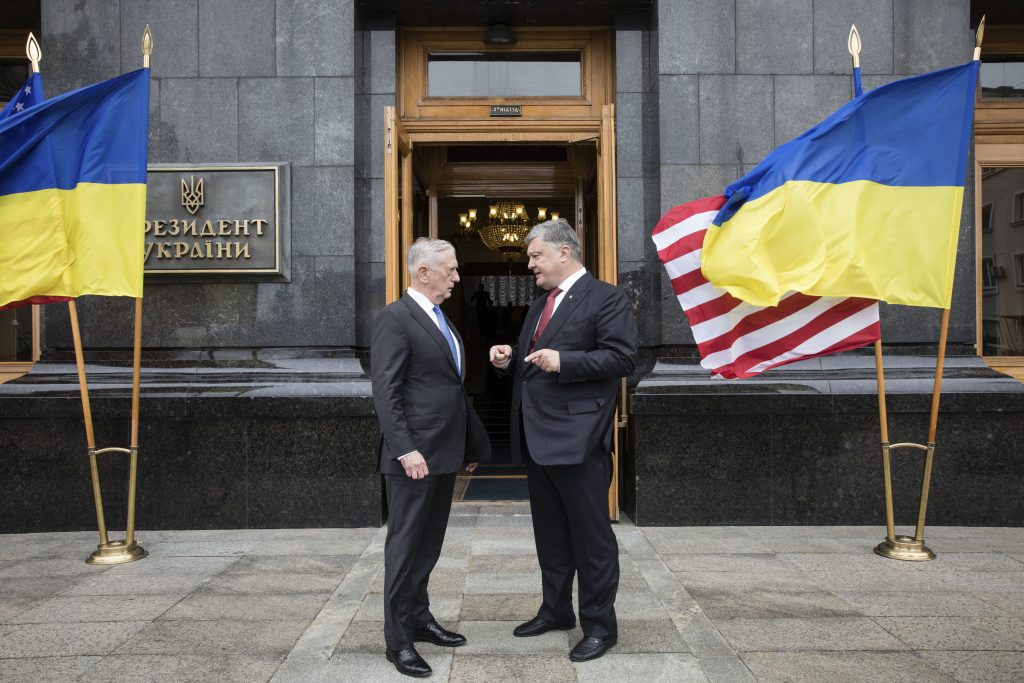 The United States is seriously considering giving Ukraine lethal defensive weapons, and this is the right move. Over the last month, Michael Brendan Dougherty and I have debated this issue here and here.

In his latest response, Dougherty tries to rack up a quick win. He claims that experts issued a report arguing for arming Ukraine in 2015 and warned of a “worldwide conflagration” if this did not happen. (I was a co-author of that report.) He also claims that Ukraine did not receive the assistance and “most of us are still walking about.”

That is cute, but misleading. First, the report does not predict a “worldwide conflagration.” It carefully says that deterring and defending against Russian aggression is the surest way to avoid “a regional or even worldwide conflagration.” The use of the word “even” shows that we think a worldwide conflagration is a longshot. Second, Dougherty’s understanding of international timing is superficial. Our report did not specify a date for a dangerous clash. By Dougherty’s logic, Winston Churchill, who began to sound the alarm about Hitler in 1934, should have been skewered as an alarmist in 1936 since Germany had not yet launched World War II.

Finally, Dougherty writes as if the advice offered in that report was simply ignored. But that report argued for giving a wide array of equipment to Ukraine—including Humvees, counter-battery radars, secure communications equipment, and anti-tank weapons (Javelins). The Obama administration did not provide the Javelins, but it did increase military assistance to Ukraine in 2015 and provided the other recommended equipment, most importantly counter-battery radar for missiles, which helped reduce Ukrainian casualties. NATO also placed armed battalions in each of the Baltic states, Poland, and Romania. Together, these steps helped Ukraine better defend itself and put Moscow on notice that any escalation might prompt further measures from the West.

Sadly Dougherty’s essay does not become more persuasive after these missteps. That is probably because he does not recognize Moscow’s motives. This is evident when he endorses my description of Kremlin strength, but says nothing about my characterization of Moscow’s “deplorable intentions.” Since he does not recognize those deplorable intentions, Dougherty mistakenly writes that I try “to blur the distinction between our duties to NATO countries and those to non-NATO countries.”

But that is false. My argument is this: The United States has a vital interest in a strong and secure Europe and Transatlantic partnership. Moscow wants to weaken NATO and the EU and to undermine the post-Cold War order. We need to thwart these aims by strengthening NATO, enhancing deterrence in the newest NATO members, and providing forward defense for NATO in Ukraine by raising the price of Kremlin aggression. The military equipment that we have already provided Ukraine is a form of forward defense of NATO. If Moscow is bogged down in Ukraine, it has fewer resources and reduced incentive to commit provocations against our NATO allies in the Baltics. That reduces the risk of a US-Russian confrontation over the Baltic states, whom we obligated to defend. We have no such formal obligation with Ukraine.

Longtime National Review readers would readily grasp this argument, for it was the logic of the Reagan Doctrine, which Bill Buckley and his writers applauded. The Reagan Doctrine provided both covert and overt support to anti-Communist movements throughout the Third World—in Angola, Nicaragua, and Afghanistan—to weaken an overextended Soviet Union.

Dougherty’s reluctance to understand Moscow’s hostile intent also leads him to make some extraordinary, but tin-eared arguments. He downplays the importance of Moscow’s changing borders in Ukraine (and Georgia) by noting that Soviet troops intervened in Hungary in 1956. That earlier intervention, he suggests, was not earth-shattering. But when Moscow repressed the Hungarian people in 1956, we clearly understood that this was an act of aggression and that Moscow was dangerous. Our policies reflected that. We need a similar understanding and similar policies now. Putin’s Russia is not as dangerous as the Soviet Union, but it is still dangerous.

Dougherty’s analysis also suffers from his unfamiliarity with Ukraine, which forces him to rely on Kremlin-friendly, partial facts. (That is not the same as saying that he is a Kremlin apologist.) He expresses concerns that any weapons that the United States supplies may find their way to the Azov Battalion. But he does not tell us that the Azov Battalion is now under the chain of command administered by Interior Minister Arsen Avakov; he also neglects to add that none of the equipment that the United States has already supplied has found its way to the Azov Battalion or any troublesome hands. Ukraine is eager to receive ongoing support, including the steady flow of weapons and financial support, and the government there would never ignore Congressional legislation that precludes funding, training, and weapons for Azov, which represents far less than one percent of Ukraine’s military and security forces.

Dougherty also frets that the successor to the Party of Regions may return to power and Ukraine will return to good relations with Moscow, but he does not tell us that public opinion in Ukraine has turned decisively against the Kremlin. Even in the south and the east there is revulsion against Russian aggression and pro-Russia or Russia friendly parties poll at less than 10 percent cumulatively nationwide.

Despite his shaky command of the issue, I am grateful for the exchange. With his fluid style and flair for polemics, Dougherty pointed out an error in my writing. While my initial draft spoke about American “assurances” to Ukraine under the Budapest Memorandum, the final edit changed that word to “guarantees,” which suggests a legal commitment. I was negligent in proofing that edit.

While an assurance does not commit us legally to take serious measures to defend Ukraine from aggression, it nonetheless puts American prestige on the line. And our insufficiently strong response to Kremlin aggression in Ukraine has not only damaged our reputation, but also undermined our non-proliferation policy. After all, in exchange for those assurances from China, France, Russia, the United Kingdom, and the United States, Ukraine gave up the world’s third-largest nuclear arsenal. It is hard to imagine that Moscow would have seized Crimea or started the war in the Donbas against a nuclear-armed Ukraine.