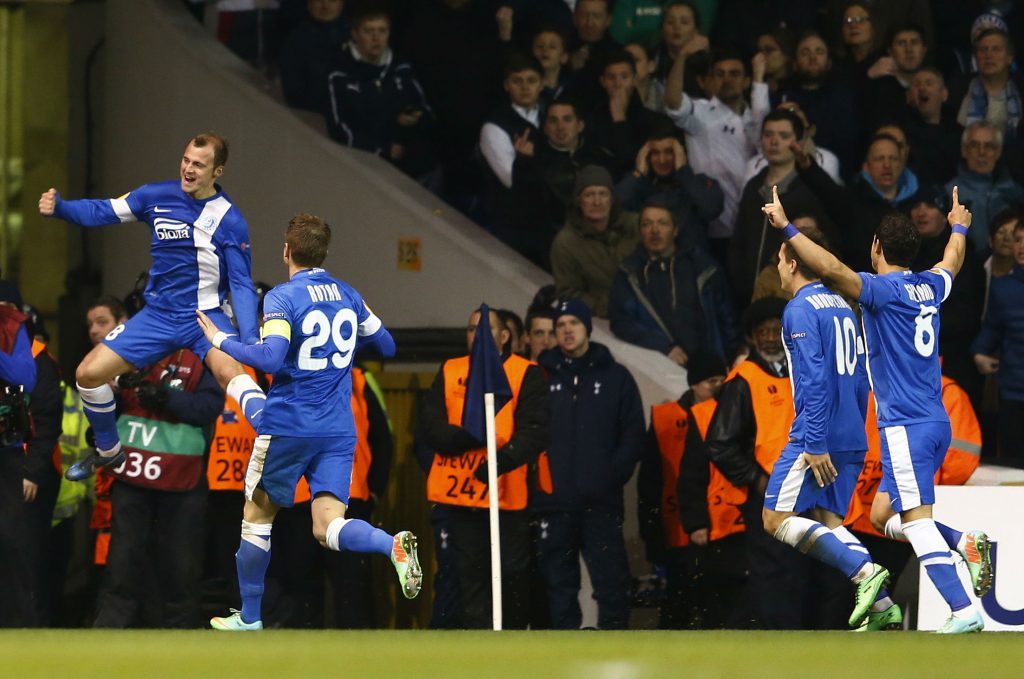 Five years after the Euromaidan, most analysis of Ukraine is grim. It tends to focus on the patchy reforms that have been put in place, the country’s endemic corruption, the ongoing war in its east, and the current unpredictable presidential election campaign. Hardly any of the coverage is positive.

But that’s not the full picture. Writers and analysts have missed something important: the country has emerged as a leader in sports, uplifting the spirits of Ukrainians in the process. Ukrainian athletes have given their compatriots a renewed sense of pride and optimism during this difficult period.

Since 2014, Ukrainian athletes have seen tremendous success. For example, tennis star Elina Svitolina defeated world-renowned Serena Williams at the 2016 Olympic Games. Svitolina also won the 2018 WTA Finals in Singapore. She is ranked as one of the top female tennis players in the world, and through her success, Svitolina hopes to provide Ukrainians with some positivity.

“It’s been tough for Ukraine to focus on something different from politics,” Svitolina said in an interview with CNN Sport. “But I always say if everyone does their own job 100 percent everyone will be fine. I just try to do the best I can, promote sport, and that’s what’s most important to me.”

Finally, despite limited funding, Ukraine collected fourteen medals over the span of the 2014, 2016 and 2018 Olympic Games. The Eastern European state also impressed at the 2014 and 2016 Paralympic Games, where they consecutively finished within the top five spots of the competition.

These are tremendous achievements for a country that has been locked in a five-year conflict.

It is Ukrainian football, however, that has won the most acclaim. Since failing to qualify for the 2014 FIFA World Cup, the men’s national team and Ukraine’s major domestic clubs underwent a series of substantial changes to improve their performances at the international level. For example, the Ukrainian Premier Liha was restructured to make teams more competitive. As a result, Ukraine is ranked as one of the top ten leagues within Europe. Five Ukrainian clubs also competed in the UEFA Champions League and UEFA Europa League in 2018.

Despite hailing from a predominantly Russian-speaking city in Ukraine, Dnipro united a country with ethnic and linguistic diversity. Although Dnipro lost the final, the team was greeted upon its return to Ukraine by its fans.

Dnipro football star Roman Zozulya went one step further. Following his club’s return to Ukraine, Zozulya sold his UEFA Europa League runners-up medal for €7,500 and donated the proceeds to the Ukrainian military. He then founded Narodna Armiya, a volunteer organization that provides food, clothing, and technical equipment to Ukrainian soldiers fighting in the Donbas.

The performance of the Ukrainian men’s national team has also helped unify the country. For example, the men’s national team won its group in the inaugural 2018/19 UEFA Nations League by overcoming Slovakia and the Czech Republic. Additionally, Ukraine was promoted to the tournament’s elite division, where it will compete against the top national teams in Europe.

Throughout this successful campaign, the men’s national team made a point of holding its home matches all over Ukraine, enjoying capacity crowds at nearly every venue. From the Ukrainian-speaking Lviv to the Russian-speaking Kharkiv, fans sang Ukrainian folk songs and forgot their troubles as they supported the national team. Most important, the men’s national team relocated their training camp from Kyiv to Kharkiv in an effort to further unify the country.

Overall, Ukrainian athletes have performed extraordinarily well since the start of the Euromaidan and the Donbas conflict. Their success has brought a sense of national pride to their homeland, giving people a sense of hope for Ukraine’s future.

Sports will not resolve the Ukraine crisis, but it has demonstrably improved the mindset of Ukrainian citizens and their confidence in their country. And this has made a difference.

Mark Temnycky is a freelance journalist who covers politics and sports in Europe and Ukraine. He has been published by Forbes, EUobserver, The Ukrainian Weekly, BlogActiv, and Futbolgrad. His work has been featured in Radio Svoboda, Kyiv Post, and Goal.