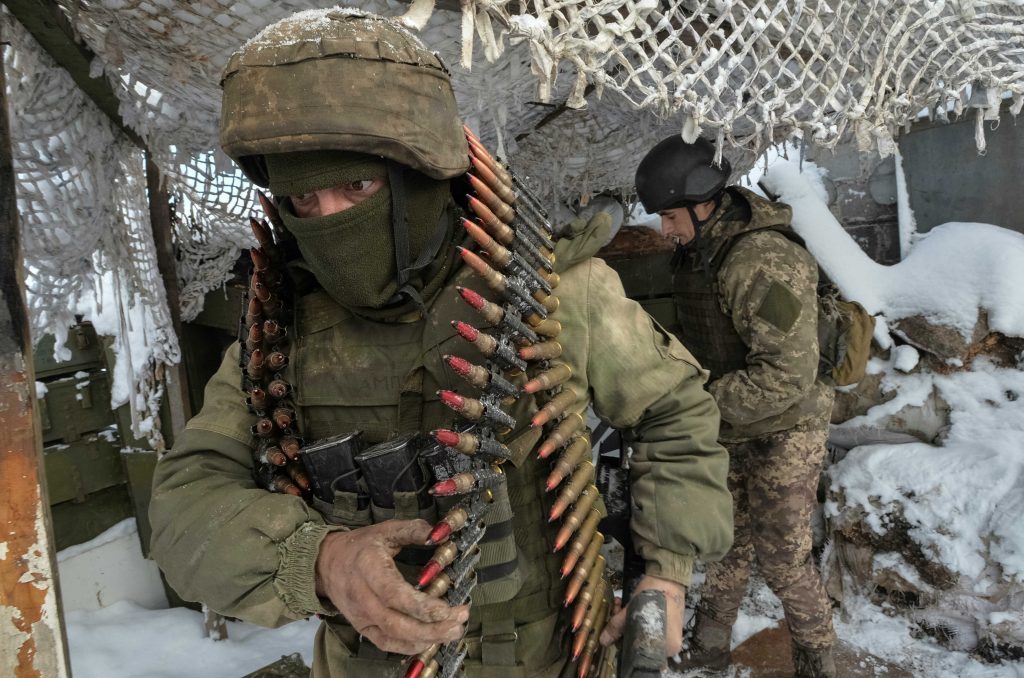 Four years since its Euromaidan revolution, Ukraine is fighting for its survival as an independent and viable state. The country is struggling to hold together and resist Russia’s interference and pressure—in the military, diplomatic, economic, and media spheres. But simultaneously, an internal contest is occurring that will determine the political, institutional, and civic future of Ukraine.

The country is experiencing domestic challenges which pit, broadly speaking, modernizing forces sympathetic to European norms against the entrenched conservatism of vested interests in political and business elites. Resistance to reform remains widespread, and there are recent signs that anti-progressive forces are becoming emboldened in their attempts to block or dilute the passage of policies that Ukraine needs.

The international community has invested heavily in Ukraine’s future and spent billions of dollars supporting the country, while rejecting the Russian claim to primacy in deciding Ukraine’s geopolitical alignment and domestic political arrangement. As a result, the West’s credibility and cohesion are also at stake.

Fending off Russia and delivering on policy reforms in a wide range of areas are the two defining challenges facing Ukraine today.

Despite three-and-a-half years of multi-variant war against Russia and its separatist allies, Ukraine has demonstrated an internal robustness that few predicted in 2014. Thus far, its sense of national purpose has been humbled neither by Russian arms nor by Ukraine’s own unscrupulous system of power.

The West has provided critical support in four areas: diplomacy, anti-Russian sanctions, economic and reform assistance, and defense cooperation. Although these efforts have produced some dividends, more can be done in the political and defense spheres without inordinate expense or political risk. Worries that the West will succumb to “Ukraine fatigue” or the lure of “grand bargains” with Russia have not been borne out. Thus far, the policies of the US administration under President Donald Trump have been impressively staunch.

Nevertheless, much of what Ukraine has achieved is susceptible to reversal, and underlying political conditions are far from healthy. Ukraine’s core security objectives depend on national cohesion, wise allocation of resources, and a long-term commitment by state and society alike.

Just as important, neither Ukraine’s own resistance nor Western steadfastness has dislodged Moscow’s perceptions that Ukraine is an extension of the homeland. Russia’s tenacity and adaptability should not be underestimated. The appearance of a stalemate in Ukraine’s east should not divert attention from other means that Russia is employing to sabotage and “reset” the Ukrainian state. It is an illusion to believe that diplomatic formulas alone will diminish Russia’s determination to dominate Ukraine and rid it of meaningful Western influence. Russia’s calculations will change only when core elites perceive that a continuation of the present course is no longer feasible.

The Euromaidan revolution and the conclusion of the EU’s association agreement offer the promise of a sea change in Ukraine’s relations with Europe. Signed in 2014 and ratified in 2017, the association agreement has both political and economic components, the latter formalized in a Deep and Comprehensive Free Trade Agreement that boosts Ukrainian access to the EU single market but requires substantial policy reforms in return.

The EU has significantly stepped up its assistance to Ukraine. Brussels is involved in almost every aspect of reforms, and the EU’s Support Group for Ukraine plays a strategic coordination role. However, at the operational level, EU assistance is still delivered by a large number of classic technical assistance projects, which are known for their ineffectiveness. The EU has an unprecedented political mandate for driving reforms forward in Ukraine. However, it has been too timid to use this mandate, and thus risks losing the trust of reformers.

A further problem is that many members of the Ukrainian political elite still regard reforms as optional, often merely paying lip service to fundamental reforms of the state and implementation of the association agreement. There is no single decision-making center in Ukraine on matters related to European integration, nor is there effective coordination.

The EU has been too lenient with the Ukrainian authorities, continuously giving them the benefit of the doubt. The EU is unwilling to risk triggering a change of government which could lead to more populist and/or pro-Russian forces gaining power. Where meaningful reforms have occurred, they have been championed by numerous ad hoc “reform coalitions” consisting of politicians, state officials, civil society groups, and EU officials and experts—albeit in the face of strong resistance from reform spoilers. The activism of progressive coalitions is welcome, but on its own it does not provide a sound basis for institutional transformation.

Of all the areas in which Ukraine needs reform, economic policy is one of the most critical. It is commonly argued by investors and observers that Ukraine is un-reformable and should be left in the “twilight zone” between East and West. This view ignores the reality that the status quo was failing the bulk of Ukraine’s population, with the exception of a few hundred business tycoons and members of the political elite. At its heart, the Euromaidan revolution was a demand for the creation of an economy and society based on Western norms.

Policy developments since 2014, while sometimes failing to meet expectations for revolutionary change, have nonetheless been encouraging. Ukraine has proven that change is possible. Basic macroeconomic stability has been achieved, with the economy returning to growth in real terms in 2016, inflation easing, the hryvnia strengthening, and foreign exchange reserves more than tripling from the lows of 2015. The current account and fiscal deficits have been cut to manageable proportions. Budget spending has been reduced and rationalized, tax reform and debt restructuring rolled out.

The energy sector has been a priority for reform. Energy prices have been hiked to cut demand and fuel subsidies are now more targeted; this has reduced the public-sector deficit with respect to Naftogaz, Ukraine’s state-owned oil and gas company, to zero in 2017. The banking sector has also undergone far-reaching change, with almost half the banks closed and others cleaned up sufficiently to ensure that the sector no longer imposes a large contingent liability on public finances. The National Bank of Ukraine has also undergone remarkable internal reform, with the result that the central bank is now fit to manage monetary and exchange rate policy, and regulate and supervise the banking sector. With the country’s macroeconomic and financial resilience apparently improved, the next challenge is to enhance the business environment, unlock the potential of the land market, and support investment to deliver much-needed economic growth.

Reform of Ukraine’s over-centralized, excessively regulated, and dysfunctional system of governance has started. Large amounts of legislation have been enacted, though in many cases not yet fully implemented. Decentralization has devolved significant authority and tax-raising powers to local governments; however, reform of the constitutional division of powers, institutional capacity, and the media has barely begun. The establishment of robust protections and enforcement of the rule of law through judicial reform—the essential underpinning of good governance—is meeting stiff resistance from political and economic groups that benefit from privileged access to power.

The president shares power with the government, and both rely on shifting support from other political parties. The agenda is often set by populist parties, and vested interests are still entrenched. This results in damaging institutional rivalry and corruption of the democratic process. Ukraine has a relatively good record of mostly free and fair elections since 2004. The October 2014 legislative election greatly reduced the influence of the Donbas elite, bringing in many new members of parliament who are pressing for reform. The resistance they encounter testifies to the degree of change that has already occurred—though also to the gravity of the challenges that persist. Electoral reform, crucial to the establishment of a more level playing field, is seriously delayed.

The Euromaidan movement empowered citizens and started a consolidation of civic identity in Ukraine around justice, accountability, and an anticorruption agenda. Subsequent Russian aggression provided a powerful bond for Ukrainians to unite around the idea of Ukrainian nationhood.

Civil society has reason to be proud of what it has accomplished. Unlike in the aftermath of the 2004–05 Orange Revolution, society is no longer immobilized in a post-protest phase. Concerted effort at the national level, the presence of reformers in the government, an inflow of substantial Western assistance with strong conditionality, and an episodic power vacuum after the Euromaidan have enabled citizens to contribute to Ukraine’s transformation. An important democratizing effect of civil society has been the integration of non-state trust networks into public politics. Most prominent has been the launch and institutionalization of ProZorro, a new digital public procurement mechanism. Its success has established a new norm of transparency in terms of citizens being able to hold the state to account.

However, the dynamism of civil society continues to depend on a small cohort of activists and professional civil society organizations (CSOs). As the “old” system of entrenched interests mounts its defenses, the persistence of a gap between organized advocacy and concerned citizens reduces the scope for reform pressure from the grassroots level. Indeed, the increasing mobilization of populist and radical groups testifies to the continuing weaknesses of civil society, and to the popular frustrations this generates. Inadequate channels exist for CSOs to listen to citizens’ concerns and transmit these to the authorities. As a result, there is a sense that CSOs are disconnected from local communities, and that activity on behalf of citizens rather than with citizens prevails.

Over the past four years, Ukraine has made significant progress in laying the foundations for reducing very high levels of public corruption. However, this is only the start of a long-term process that needs to address two principal problems: first, a fatalistic acceptance by much of society for endemic corruption; and second, a concentration of ownership and influence that has prevented the development of the rule of law. These problems are far from unique to Ukraine, but their accumulation over more than twenty-five years of state capture presents an extraordinary challenge for the country’s reformers.

The most notable reform achievements since 2014 have been the elimination of gas sales from Russia—previously the largest source of corruption in the economy—which has shrunk the space in which corrupt practices can occur; and improved public-sector transparency as a result of an electronic system for state procurement tenders. An intrusive new e-declaration system through which senior officials must declare their assets marks another victory for anticorruption reformers.

However, the new agencies established to investigate and prosecute high-level official corruption—the National Anti-Corruption Bureau of Ukraine and the Specialized Anti-Corruption Prosecutor’s Office—have yet to deliver results. This largely reflects the lack of a robust judicial system. Judicial reform remains the Achilles heel of the anticorruption effort. Ukraine’s current leaders may fear an independent judiciary and the effective enforcement of laws. Not surprisingly, a fierce battle is under way between genuinely reformist forces and those who would like to preserve the “old” system.

Progress in Ukraine is discernible on many fronts, but it is in danger. Incomplete reforms threaten to undermine the credibility of “new forces” and lead to the disillusionment of millions. This would open the way for revanchist and populist forces to hijack Ukraine’s transformation agenda. Delivering on the policy recommendations proposed in our new report, The Struggle for Ukraine, would pave the way for a more open and efficient system of governance and make Ukraine more resilient.

A Western policy of benign neglect or, worse, accommodation with Moscow at Ukraine’s expense would seriously destabilize the country. Despite Europe’s myriad other problems, it’s time to increase Western support for Ukraine. Policymakers have less capacity to invest time and effort in Ukraine, but the West cannot afford yet another defeat. Vladimir Putin’s objectives show no signs of changing, and neither should those of the West.

Image: Members of the Ukrainian Armed Forces prepare a weapon at their position on the front line near the government-held town of Avdiivka, Ukraine, November 25, 2017. REUTERS/Oleksandr Klymenko