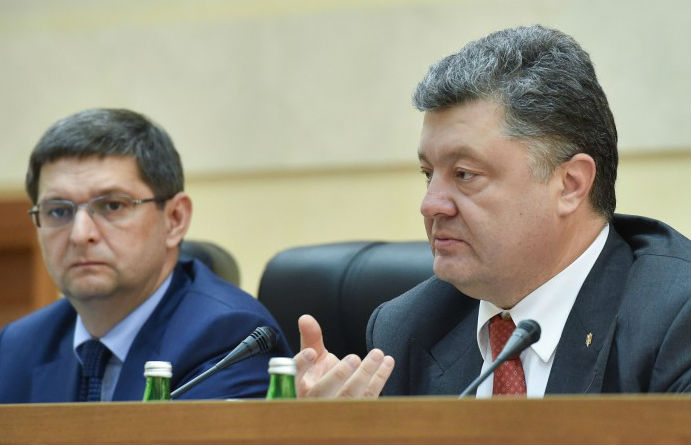 Here’s Why the West Should Stop Pushing Decentralization Now

In the coming days the Ukrainian parliament is expected to debate a draft law that would amend Ukraine’s Constitution on decentralization to expand local governments’ powers.

The West has enthusiastically encouraged Ukraine to embrace decentralization, provide special status for the Donbas, and hold local elections in the areas under de-facto Russian occupation. Many Western politicians consider these steps a path toward de-escalation and implementation of the Minsk II ceasefire agreement.

Constitutional decentralization is spelled out in the ninth and eleventh provisions of the Minsk II agreement, but so far Russia’s proxies in the Donbas have not complied with the previous provisions. Russian-backed forces continuously violate the ceasefire and sabotage the release of hostages. Instead of withdrawing its troops and military equipment from eastern Ukraine, Russia continues to transfer new ones there. On June 3, 2015, separatists launched an offensive in Marinka, a town in the Donetsk region, involving 1,000 fighters, tanks, and heavy artillery.

Why does the West encourage Ukraine to proceed with decentralization despite Russia’s obvious breach of Minsk II? Four reasons seem to likely:

First, Moscow managed to persuade Western capitals involved in the peace talks, primarily Berlin, that decentralization and special status for the Donbas are the key steps toward de-escalation.

Second, the Kremlin succeeded in intimidating the EU with threats of escalation to full-scale war. On June 23, 2015, Russian representative to the OSCE Andrey Kelin threatened that the hostilities “may acquire a new dimension, going far beyond the Donbas.” The next day the possibility of a “major war” was mentioned in an interview with Alexander Borodai, a political consultant close to the Kremlin.

Third, the West has not developed a clear plan if Minsk II fails, and therefore it needs some evidence that the agreement is still alive. Since the West has limited leverage over Russia and its proxies, Western counterparts encourage Ukraine to implement its commitments first.

Fourth, the EU and United States consider decentralization a part of the reforms needed to bring Ukraine closer to European standards and reduce the political tension between regions, the significance of which is greatly exaggerated by Russian propaganda.

But as the parliament debates the new law, it’s time for Kyiv to address the West’s misperceptions about decentralization.

There is no guarantee that Russia and its proxies will abide by the ceasefire agreement after Ukraine adopts constitutional decentralization. Russian presidential spokesman Dmitry Peskov already said that draft amendments do not fulfill the Minsk agreement because representatives from the so-called Donetsk People’s Republic and the Luhansk People’s Republic were not consulted.

So, if meeting Russia’s and separatists’ demands was among the key reasons for decentralization, the effort has failed already. The Kremlin will agree to its own version of constitutional amendments, proposed through its separatist proxies, which would destroy the sovereignty of Ukraine.

The same should be said about elections in the occupied areas of the Donbas. Elections under Russian guns would be just de facto legalization of the Moscow-controlled separatist regimes. And in case of legalization, Kyiv would have to fund these regimes, undermining Ukraine’s weak economy, while Moscow would maintain de-facto control, bearing no obligation to keep peace.

Another controversial question that must be addressed is whether decentralization will bring Ukraine closer to European standards and reduce political tension or slow down the pace of reform and increase the risks of separatism.

For decades regional authorities in Ukraine have benefitted from a corrupt symbiosis between local elites and law enforcement. Unlike the central government in Kyiv, the situation in the majority of regions has not changed much since the Euromaidan. It’s naïve to believe that the October 2015 local elections will radically purify the regions. The central government is the locomotive of reform, and its opponents may attempt to take advantage of decentralization to preserve old rules in the regions.

Another danger related to decentralization is the possible rise of separatism. Russian agents may try to inflame separatist sentiment in areas with large pockets of national minorities, such as Bessarabia or Transcarpathia, and those most sensitive to the Kremlin’s propaganda, such as Kharkiv and Odesa. The draft amendments would set up monitors to ensure local authorities’ decisions comply with the Ukrainian Constitution and laws, but it would be difficult to recognize the danger quickly, given the Russian special services’ sophistication and the level of their penetration in Ukraine.

Ukraine might benefit from decentralization, but only after the main anticorruption reforms are put into place, its economy is stabilized, and the threat to its very existence is removed. Ideally after Ukraine joins the EU. Under the present conditions, decentralization will weaken the central government and make Ukraine more vulnerable to Russian threats without de-escalating the conflict.

Before encouraging Ukraine to embark upon decentralization, giving special status to the Donbas, and holding local elections in occupied areas, the West should think twice. Does it want to assist in building a sovereign, prosperous, and democratic Ukraine or to meet Russia’s demands without a clear guarantee of peace?

Maksym Khylko is Coordinator at the East European Security Research Initiative, and Senior Research Fellow at the Taras Shevchenko National University of Kyiv and at the Foreign Policy Research Institute in Ukraine.