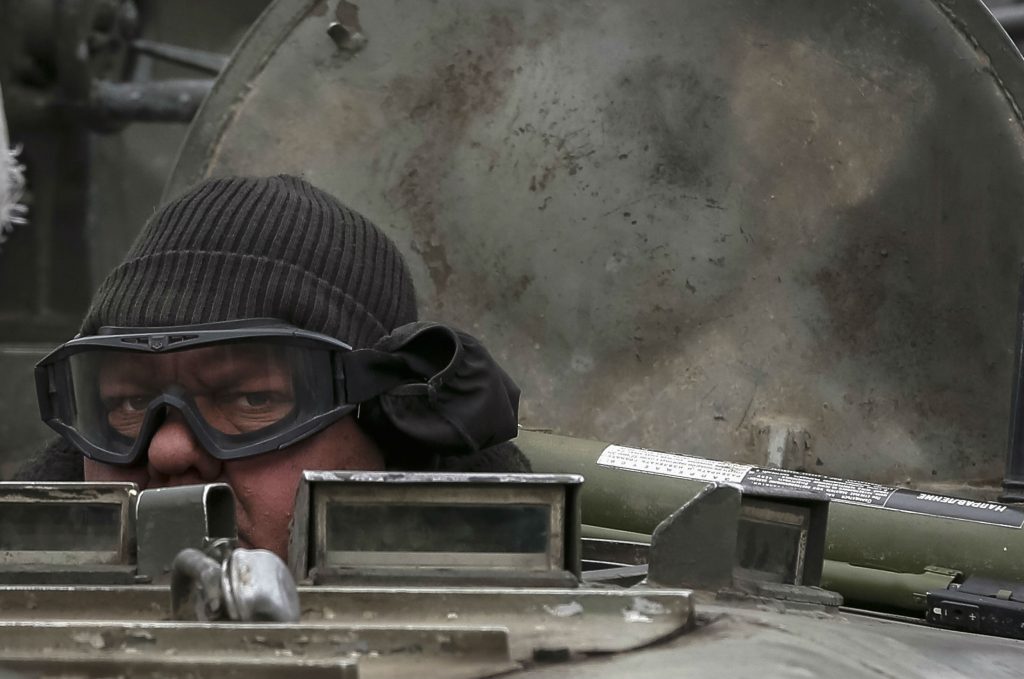 The prolonged stalemate of Minsk II has provided the Ukrainian military ample opportunity to address a series of longstanding challenges stretching back to the presidency of Viktor Yanukovych. While it is clear that the Ukrainian military has improved since its disastrous defeat at Debaltseve in February 2015, evaluating the real effect of ongoing reforms is slightly more difficult due to the current stalemate in the Donbas. Plus, the military hasn’t really been tested in battle since the reforms were put into place.

Another part of that difficultly resides in understanding just how far the Ukrainian military had come leading up to Debaltseve. As of March 2014, the military was comprised of roughly 130,000 battle-ready soldiers and was “chronically underfunded, corrupt, poorly-educated, and ill-equipped,” according to one account. Moreover, compared to the Russian military, the Ukrainian military was at a complete disadvantage at the onset of the conflict; by 2014, the Russian military was not only six years into an expansive modernization program but was also spending nearly fifty times as much on its forces.

And yet, despite years of being downsized and underfunded, the Ukrainian military performed valiantly in June and July 2014, almost defeating pro-Russia separatists before the Russian military interjected at Ilovaisk. Even during fighting in Debaltseve, the Ukrainian military showed glimpses of effectiveness but ultimately couldn’t overcome pro-Russian forces supported by Russian logistical and material support.

In evaluating the success of Ukrainian military reforms since Debaltseve, an important point needs clarification: Which fighting force is the Ukrainian military being compared to? If one compares it to rebel forces, one could argue that reforms aren’t even necessary: at no time in the conflict have rebel forces shown that they can compete with the Ukrainian military without overt Russian assistance. Conversely, compared to Russian forces, the Ukrainian military is still lagging behind. After all, not until the annexation of Crimea were the results of the Kremlin’s campaign to overhaul its military visible in the field, with units equipped with compact encrypted radio units suggesting that “Russian noncommissioned officers were exercising more tactical latitude and decision-making,” according to an April 2014 New York Times article.

Questions about real-life applicability notwithstanding, the current reform program in the Ukrainian military is commendable. Over the course of eighteen months, the military has increased its size to roughly 280,000 soldiers, making it one of the largest military forces in Europe. Spending has also risen, with Ukraine’s 2016 military budget constituting five percent of GDP, or $4 billion. More important, reforms focused on rooting out corruption in the procurement system, creating six-month military service contracts to enable rapid deployment, and implementing NATO standards have run parallel to improving military personnel.

According to Ukrainian Minister of Defense Stepan Poltorak, the army has created a new centralized command system built “with consideration of the NATO experience in order to counter a possible large-scale aggression.” A new command and control system has been coupled with the establishment of special operations forces and the restructuring of individual training for conscripted and mobilized personnel that is focused in part on improving operational coordination.

But despite the dramatic steps taken over the course of the previous eighteen months, old issues still exist and new issues have arisen. The training of units under the high command is welcome, but does not address the criticism leveled against President Petro Poroshenko after Debaltseve that he was “reluctant to dismiss senior officials he considers personally devoted to him,” according to a April 2015 International Crisis Group report.

Moreover, the impressive growth of the Ukrainian military calls into question the sustainability of ongoing reforms. According to Serhiy Zhurets, the director of the Center of Army, Conversion, and Disarmament Studies in Kyiv, “Maintaining this level of commitment—or going any further—means making a choice between education and defense, the economy and defense.” Fragmented planning is also becoming an issue, with the Ministry of Defense pursuing reforms independent of improvements undertaken by the Ministry of Foreign Affairs and the Ministry of Internal Affairs.

Since Debaltseve, and to a greater extent over the past eighteen months, the Ukrainian military has enacted long overdue budgetary, procurement, and training reforms. While claims the Ukrainian army is “reborn” are not as hyperbolic as one would think, serious questions remain about the actual impact—and sustainability—of these reforms. Entering 2016, and with the conflict at a stalemate, the Ukrainian government must decide whether Russia’s core approach to the conflict will change and whether the military is being prepared for a fight that has since passed. There’s a valid concern that while the Ukrainian military may be better prepared to meet future Russian aggression, the uptick in military spending is draining financial resources that could be used for other sectors in dire need of reform.

Ruben Gzirian is an Eastern Europe analyst in the Washington, DC area.