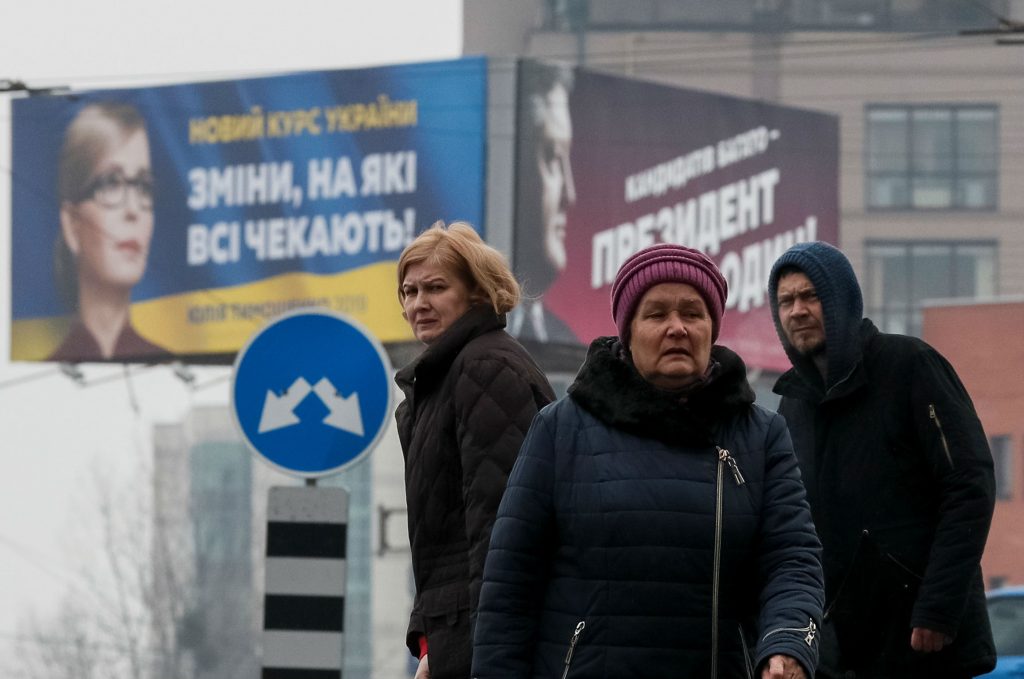 In Ukraine, demand for a genuine fight against corruption is still extremely high. According to recent surveys, voters name corruption as one of the three biggest problems in Ukraine. Nine out of ten Ukrainians consider grand political corruption the greatest threat to the country, while 80 percent are convinced that the main reason for corruption is a lack of accountability. A majority of Ukrainians say that the president bears the largest responsibility for the fight.

In January 2018, twenty-three NGOs came up with an unified anticorruption agenda, consisting of key issues that need to be urgently addressed by the authorities, which include:

Of course, this list is not exhaustive, but these four steps would safeguard the existing anticorruption infrastructure, which is the bare minimum.

A group of civil society organizations recently invited the leading presidential candidates in to discuss these four issues. Here’s what we learned:

President Petro Poroshenko has not yet met with us; however, he promised to do so during the recent Munich Security Conference. In his recent statements, he didn’t mention anticorruption issues. He tends to concentrate mostly on the army and Ukraine’s new, independent church.

The other top competitors, Volodymyr Zelenskiy and Yulia Tymoshenko, endorsed the anticorruption agenda, but emphasized different elements. Tymoshenko voiced her support for all four anticorruption measures. She said her faction in parliament is committed to supporting and pushing for a law that would fire SAPO head Kholodnytsky. The SBU, she said, should concentrate on its core functions and not tamper with the economy.

Zelenskiy supports the relaunch of the NACP, wants to cut the SBU’s anticorruption powers, and give full independence to the country’s anticorruption institutions. He did not address Kholodnytsky’s dismissal separately, which might be due to the fact that SAPO has dragged its feet on cases against oligarch Ihor Kolomoiskyi; the media has linked Zelenskiy and Kolomoiskyi. However, he did go beyond our basic minimum. He promised to cleanse the prosecutor’s office with the participation of public and international experts, and relaunch judicial self-governance bodies with the same circle of stakeholders.

Former defense minister Anatoliy Hrytsenko, who also makes the top five in the polls, wants to refocus the SBU from pressuring business to protecting national security, fully supports the new anticorruption bodies, and wants to establish a system of carrots and sticks for corrupt officials.

Of course, these pledges need to be treated with skepticism and watchdog organizations like ours will monitor whether the winner fulfills his or her pledge. It is far easier to make promises as a candidate than to implement them once in office.

We must also compare candidate’s statements with their actions. Tymoshenko’s use of undeclared US lobbyists and Zelenskiy’s use of offshore companies which he initially failed to declare are good examples that must be measured against their pledges.

Civil society and the international community need to ensure that whoever wins the presidential election sticks with the reforms Ukraine has pursued over the last five years. Only one winner will emerge this spring, but most of the other presidential candidates will be in the next parliament. There they will get a chance to prove their bonafides.

Olena Halushka is the head of international relations at the Anti-Corruption Action Center.

Image: People are seen in front of pre-election posters of opposition politician Yulia Tymoshenko and Ukrainian President Petro Poroshenko in Kyiv, Ukraine February 20, 2019. Posters read: "New course of Ukraine. The changes that we are waiting for." and "There are a lot of candidates - there is only one President." REUTERS/Gleb Garanich