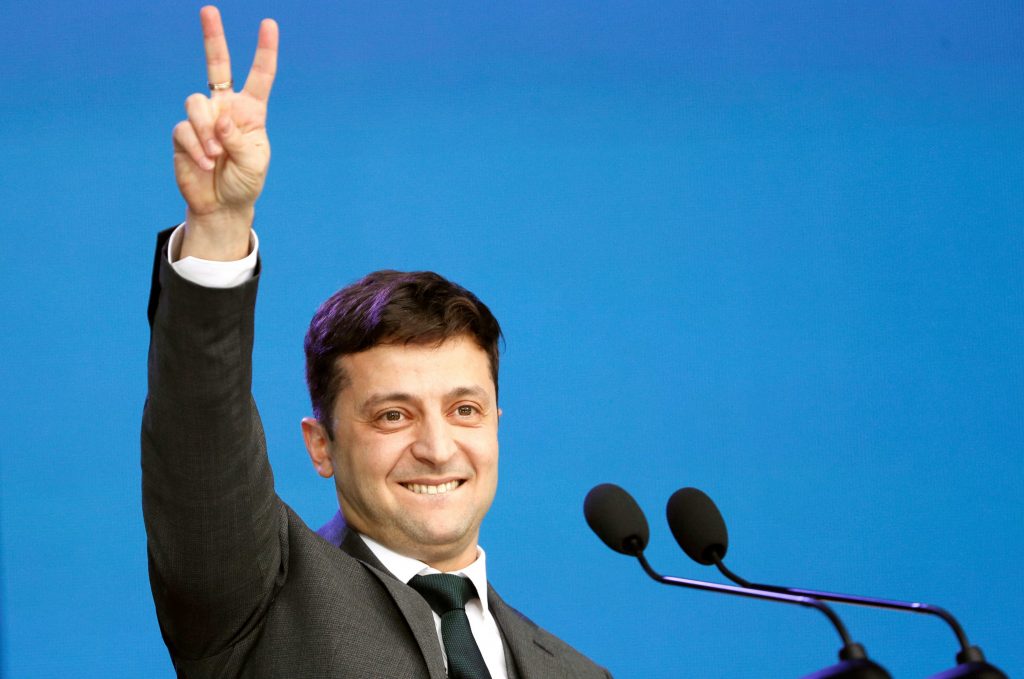 Ukrainians have considerable experience of the hope that comes with new beginnings and the disillusionment that often follows. The country has lived through repeated false dawns over the past three decades, only for the same old bad habits to come creeping out of the shadows and reassert their debilitating grip on the nation. The arrival of independence in 1991 was the first watershed moment, but this seeming historic break with the past was actually a deeply flawed compromise that failed to dislodge the vast state apparatus inherited from the Soviet era. Unsurprisingly, the rebranding of career communists as Ukrainian democrats did little to improve living standards or move the country in the right direction.

Frustration with this state of affairs eventually led to the 2004 Orange Revolution, but initial euphoria soon gave way to cynicism as it become clear the country’s underlying culture of institutional corruption remained firmly in place. Ten years later, the trauma of the Euromaidan Revolution marked another fresh start. While President Petro Poroshenko made a considerable contribution to Ukraine’s nation-building progress during his five years in office, he ultimately failed to alter the fundamentals of Ukrainian corruption, leading to his landslide defeat in last month’s presidential election.

Ukrainians now find themselves in this all-too-familiar position again, braced for the dawn of a new Ukraine and awaiting the advent of an untainted leader who promises to transform a country that has proven itself uniquely resistant to reform. Will Volodymyr Zelenskiy fare any better than those who failed before him? His outsider status certainly gives cause for optimism, albeit of the heavily guarded variety. Indeed, it says much about the scale of public contempt for the Ukrainian political classes that Zelenskiy’s complete lack of experience is also his strongest recommendation. Nevertheless, the former comic’s novice status raises obvious concerns over his ability to dismantle the deeply entrenched and carefully calibrated dysfunction that lies at the heart of modern Ukraine’s malaise.

As he contemplates the herculean task before him, what should the new president’s top priorities be? While there are no quick fixes for problems on the scale of Ukraine’s, wholesale reform of the Ukrainian judiciary would allow Zelenskiy to address one of the central pillars propping up the entire corrupt edifice. At present, Ukraine’s courts are among the only institutions to command levels of public trust lower even than the country’s politicians. This is no accident. Ukrainian judges routinely deliver verdicts that appear designed to mock the very notion of justice, while entire courts stand accused of serving the personal interests of powerful individuals. The entire system is widely perceived as fatally flawed, with justice on offer to the highest bidder. Until Ukraine addresses this problem, all other attempts at reform are essentially futile. After all, what is the use of a reformed police force or new anti-corruption agencies if their investigations never lead to convictions? Why should international investors consider Ukraine when the country’s judiciary continues to defend a culture of impunity and offers no protection for investment?

Zelenskiy’s election win was a powerful demonstration of Ukraine’s democratic credentials, but the values defining a modern democracy go far beyond the ability to stage a free and fair vote. None of these values is as elementary as the rule of law, which provides the accountability underpinning all other rights and responsibilities. This is Ukraine’s most urgent need. For far too long, a chronic lack of justice has kept the country trapped in a fruitless post-Soviet cycle of Maidan uprisings, empty promises, and false starts. If Zelenskiy wants to avoid becoming the latest in a long line of underwhelming Ukrainian messiahs, he must now seek to break this cycle by building his presidency on the firm foundations of genuine judicial reform.