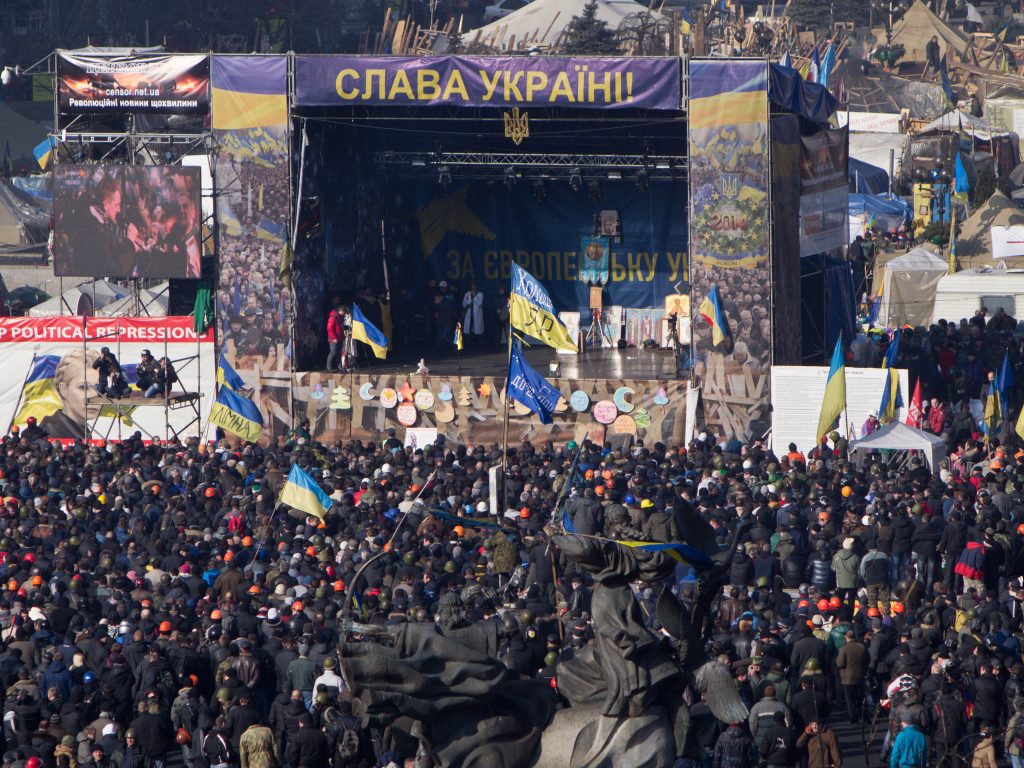 Lawmakers Vote to End Their Immunity from Prosecution

Members of Ukraine’s parliament, the Verkhovna Rada, overwhelmingly passed a bill to end their own legal immunity from prosecution, one of the main laws that for years helped Ukraine to the top of Europe’s corruption charts. Article 80 of Ukraine’s constitution protects all Rada members from prosecution for any crimes, and “opinion surveys consistently show that 90 percent of Ukrainians favor cancellation” of the law, writes the Atlantic Council’s Kyiv-based senior fellow, Brian Mefford.

The bill now goes to the Constitutional Court for review. While the Rada will have to confirm its vote twice (winning a minimum of 301 votes—two thirds of the parliament deputies—each time) “to finally eliminate the hated provision from the Constitution, it is an important first step,” Mefford writes in his blog on Ukraine politics.

“Following the 2007 parliamentary campaign, in which the Our Ukraine bloc [of former President Viktor Yushchenko] campaigned almost entirely on the issue but failed to get anywhere near the 301 votes necessary to make it law, this is a welcome sign,” Mefford writes. If the bill passes the Constitutional Court’s review, the final vote may be taken in September.

Ukraine’s nascent Anti-Corruption Bureau, appointed in December as the main government body to combat graft, still has no director. “With nearly 100 applicants, the new Anti-Corruption Bureau is sifting through the candidates,” Mefford writes. President Petro Poroshenko has urged that a foreigner be appointed to head the bureau, and one name that has been discussed repeatedly is that of former Georgian President Mikhail Saakashvili, who is in Kyiv this week, Mefford note.  The current Georgian government of Prime Minister Irakli Garibashvili would be angered at seeing its main political rival named to a prominent post in Kyiv.

New Prosecutor: What Does It Mean for Clean Government?

Ukraine’s prosecutor general, Vitaliy Yarema, resigned this week after months of criticism that he had failed to advance prosecutions of corrupt officials from the former government of President Viktor Yanukovych, who fled office a year ago after police sniper killings of pro-democracy demonstrators failed to defeat the Maidan movement calling for his ouster.

A day after Yarema quit, the parliament approved Viktor Shokin as his replacement. Shokin is not exactly a new face. He “has worked in the Prosecutor General’s Office since 1998,” Mefford writes.

On February 12, Shokin asked parliament to strip the immunity of three Kyiv judges, so that he can arrest them, the Kyiv Post reports. The judges have issued highly politicized verdicts, according to a European Union assessment cited by the Post, but it’s not clear that Shokin’s move is an example of justice at work.

“This move has little to do with respecting the rule of law,” said Arkadiy Buschenko, Executive Director at Ukrainian Helsinki Human Rights Union, in the Post. “I suspect the new prosecutor is just trying to fulfil the requests or demands of the ruling parties.”

Image: Demonstrators in the pro-democracy Maidan movement in Kyiv last year made an end to corruption their central demand. (Wikipedia/Amakuha/CCLicense)