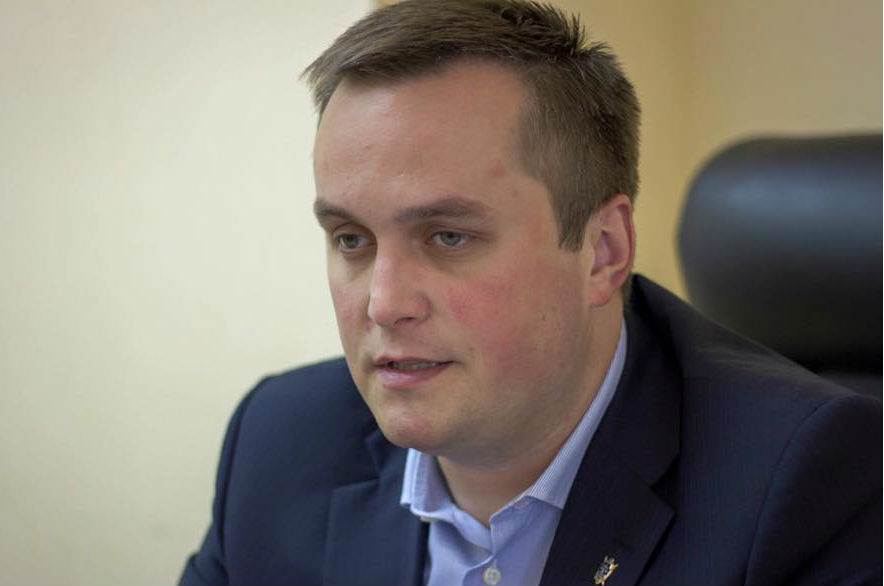 On November 30, Ukraine took two steps forward in its fight against corruption. Member of parliament Mykola Martynenko resigned his position, and Nazar Kholodnytsky was appointed the nation’s top anticorruption prosecutor.

Martynenko was the deputy head of Prime Minister Arseniy Yatsenyuk’s People’s Front party and the head of parliament’s energy and fuel committee. According to Sergii Leshchenko, an investigative journalist and member of parliament, Martynenko was “one of the most influential people in Ukrainian politics,” who “used his position in parliament for his personal enrichment.”

Martynenko denied the accusations, telling the Kyiv Post that “as far as the documents published by Leshchenko are concerned, there is no confirmation of their authenticity.”

Geoffrey Pyatt, US ambassador to Ukraine, called Martynenko’s resignation “another sign of a changing Ukraine.”

“Public officials must be accountable to the people they serve. No room for corruption, cronyism,” Pyatt wrote on Twitter.

Kholodnytsky, 30, will fill the post. Born in Lviv, he holds a master’s degree in law from Lviv National University and has a reputation for completing criminal cases and resisting political pressure. Since December 2014, Kholodnytsky has been investigating the Kremlin’s crimes in Crimea as the first deputy prosecutor of Crimea.

“Kholodnytsky has the advantage of being very young and also of having some experience in procuratorial structures. So, young enough not to have been fully absorbed by the system but with the benefit of some practical legal experience,” Atlantic Council Nonresident Senior Fellow Adrian Karatnycky said.

On November 27, a commission appointed by Prosecutor General Viktor Shokin and the Ukrainian parliament submitted a list of candidates for the job that included two people—Kholodnytsky and Lviv prosecutor Maxim Hryshchuk.

Two candidates who were seen as favorites—deputy prosecutor generals Vitaly Kasko and Roman Hovda—didn’t make the short list. Ukrainian anticorruption activists and some representatives of the United States and the EU had backed Kasko.

Shokin’s representatives lobbied the commission to nominate Hovda, although civil society strongly resisted and prevailed. Critics regarded him as a defender of the old system and a Shokin protégée. In fact, sacking Shokin has been a major demand of civil society for months.

“Kholodnytsky will be judged by his results,” Vitaly Shabunin, a member of the commission and head of the Anti-Corruption Action Center’s management board, told the Kyiv Post. “He’s not explicitly dependent on the Prosecutor General’s Office or the presidential administration. Now he’s independent, but let’s see what will happen later.”

Leshchenko laid out the demands of the job. “He has to be independent, not loyal. He has to be very well paid to avoid any conflict of interest.”

Above all, Leshchenko cautions the new anticorruption prosecutor to remember that “he was hired by society and society is his employee. Society has a strong demand to fight corruption in Ukraine.”

Melinda Haring is editor of the Ukraine Alert at the Atlantic Council.