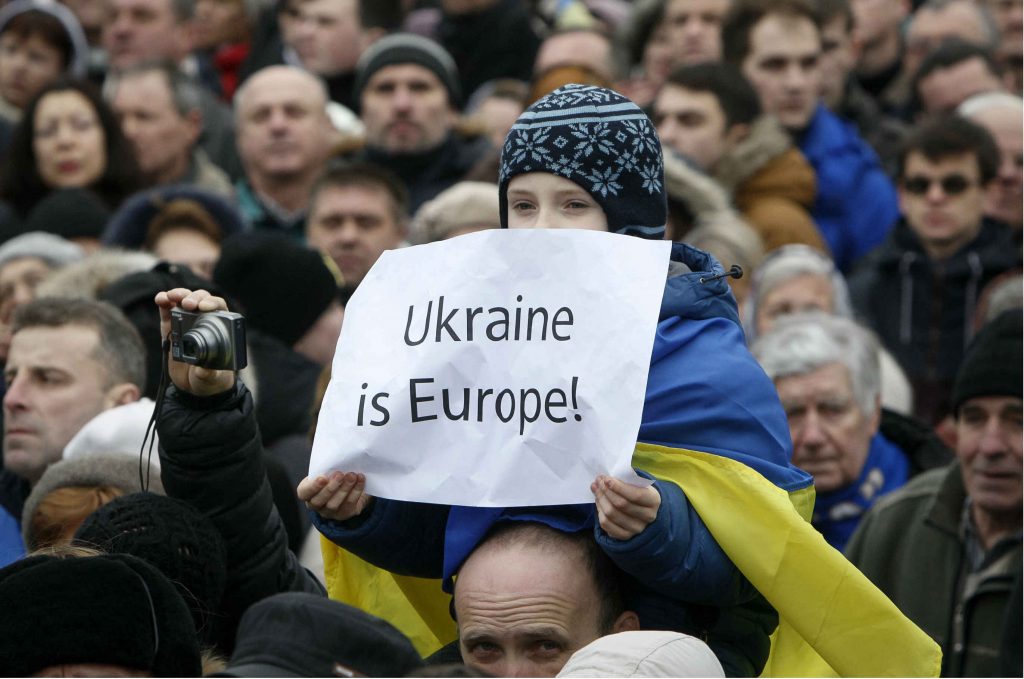 A boy wrapped in a Ukrainian flag holds a sign during a memorial rally to commemorate the people who were killed during the uprising on Maidan square a year ago, in Kyiv February 22, 2015. Credit: REUTERS/Valentyn Ogirenko 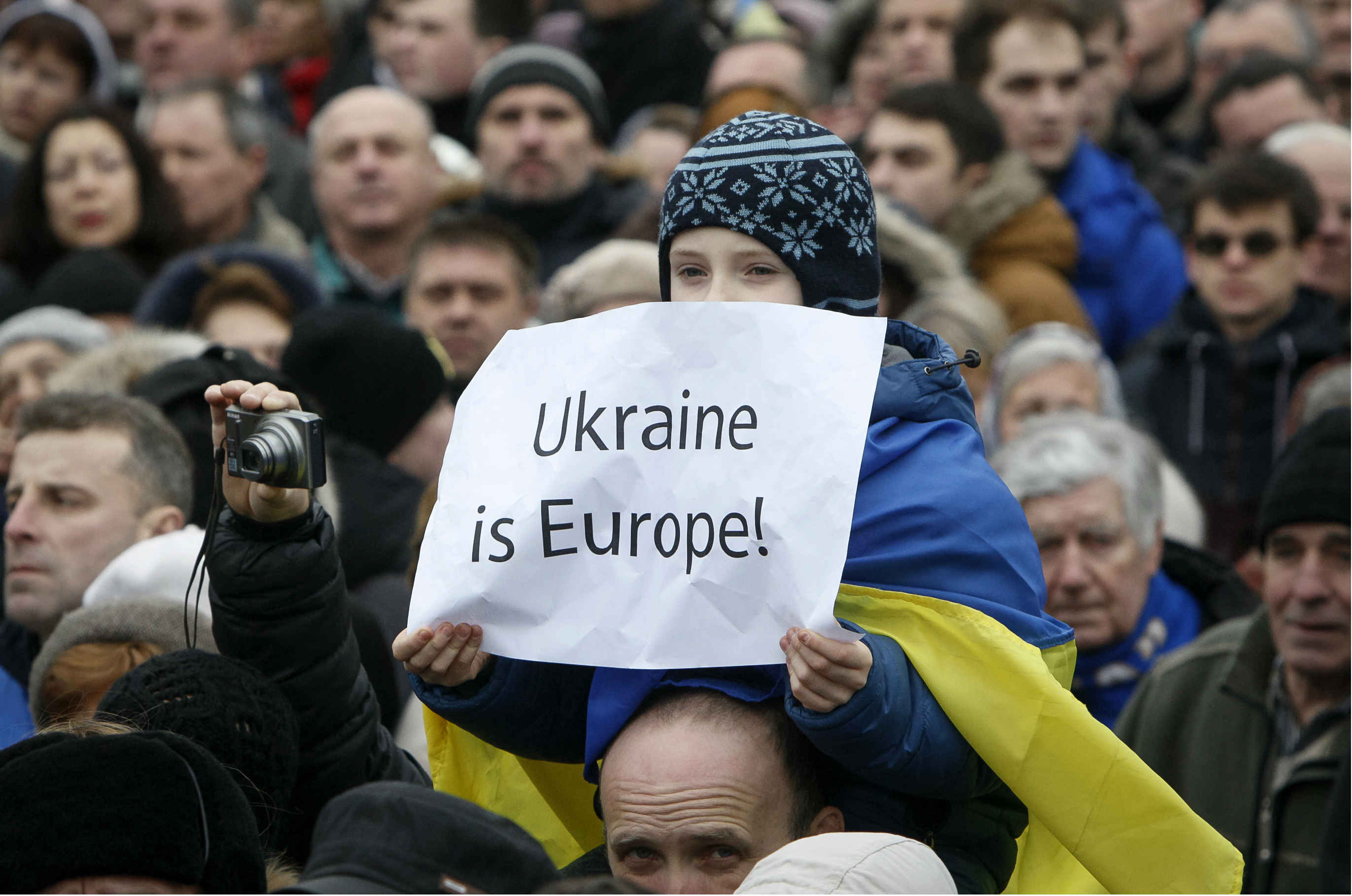 Two years ago, popular protests erupted against Ukraine’s former President Viktor Yanukovych on Kyiv’s Maidan. Since then, Ukraine’s economy has deteriorated sharply, with a contraction of 18 percent in two years, but the Poroshenko Bloc was the biggest party by far in the October 25 local elections. One might say that the Ukrainian nation has been forged in defense against Russian aggression, and many reforms have been carried out.

Yanukovych fell on February 21, 2014, and the May 25 presidential election of that year was the first step toward reforms. Yet only two important reform laws were adopted in 2014: the law on reform of higher education, which is being successfully implemented, and the law on lustration, which has largely been stalled.

A new parliament was needed for reform. Fortunately, it was successfully elected on October 26, 2014. Fifty-six percent of the parliamentarians were new, but the other 44 percent had been deputies before and were used to the old bad ways. Still, on December 2, a new reformist government was formed. One week later, it presented a sound radical reform program.

Hundreds of reform laws have been adopted, a few at a time. Alexander Motyl has made a useful overview of the accomplishments on general indicators, arriving at quite a positive view. This is my assessment of the key economic reforms.

Thanks to these reforms, the economy seems to have stabilized. GDP increased by 0.7 percent between the second and third quarter of this year, though it was still down 7 percent year-over-year. The government hopes to reach zero decline year-over-year in the fourth quarter. The exchange rate has stabilized since March at around 22-24 hryvnia per dollar. The country’s international reserves have increased from $5 billion in March to $13 billion at present. Inflation peaked at 61 percent in April because of devaluation and energy price increases, but is falling fast.

The critical shortcoming of Ukraine’s current reforms is the absence of reforms in the judiciary system. The prosecutor general’s office needs to be cleaned up, and then the court should be reformed, which is a complex task.

Ukraine has 1,833 state corporations that are a persistent source of corruption. The government has failed to privatize one single enterprise because of deeply ingrained vested interests. It could sell off the 1,500 enterprises that are of little or no value at simple regional auctions, so that they no longer suck resources from the state and their assets can be used legally by private entrepreneurs.

Nor has any public administration reform been carried out. Salaries are kept purposefully low, forcing public officials to depend on other incomes. Ukraine’s independent oil and gas production is falling sharply because of prohibitive conditions seemingly designed to force the current owners out of business, when Ukraine actually needs to boost domestic gas and oil production. Nothing has been done about improving the healthcare or public school systems, but these are complex issues that are typically carried out in a later wave of reforms.

Before the local elections on October 25, concerns were raised that people would turn against reform and vote for extreme populists, but that did not happen. Election results were mixed, offering no clear signal. The current danger is that the momentum for reform is running out.

The critical hurdle is the adoption of a new tax system and budget for 2016, for which the government has failed to mobilize sufficient parliamentary support. The IMF has now sent two missions to complete a second review of its program, but they have come back without any results. A third mission will presumably be sent out in December and it has to succeed, if Ukraine’s finances are to stay afloat.

Ukraine’s greatest asset is its strong civil society. Ukraine is far too transparent and open to stay so corrupt. Ukrainians are also far too educated to stay so poor. Something has to give. It is not likely to be the Ukrainian population.