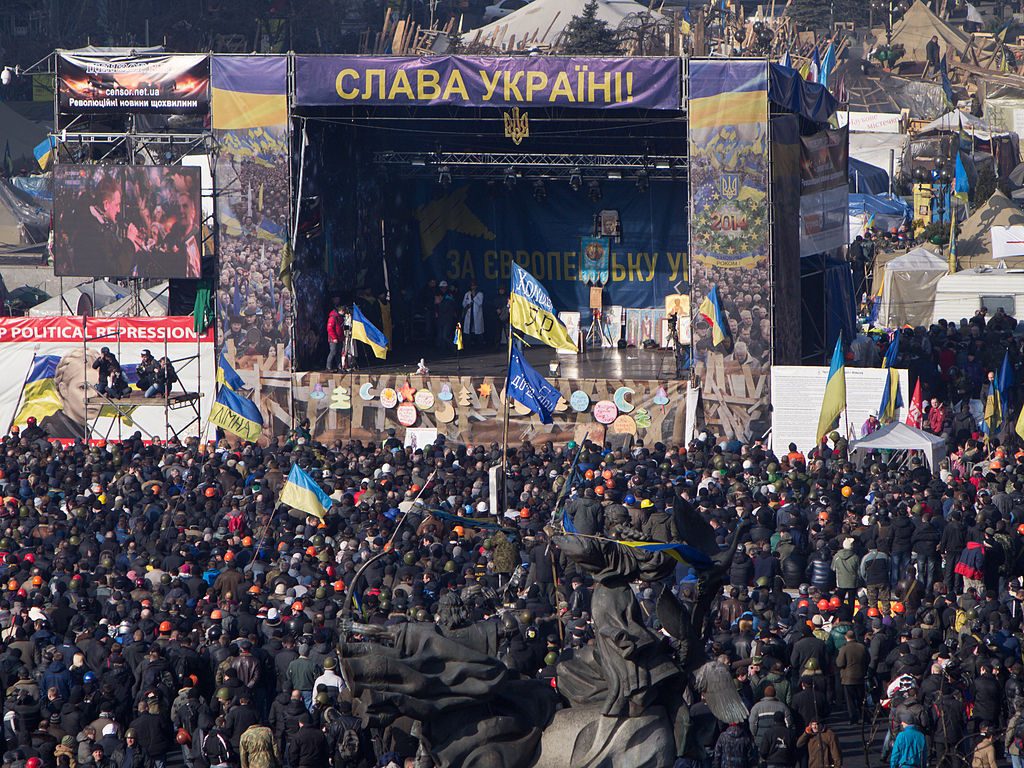 Poroshenko and Yatsenyuk Must Cut Short Their Recent Signs of Rivalry

As Ukraine’s new leading political parties renew their talks today, they can waste no time in forming the government that now must grapple with a financial emergency, economic crisis, and war in the east. They must avoid acrimony or drawn-out negotiations, yet some signs indicate that they may be slipping in that direction.

Eleven days ago, Ukraine voters mandated faster, deeper reforms to reduce corruption; establish rule of law; and create a more transparent, efficient, decentralized government. While President Poroshenko has publicly endorsed his partner and rival, Arseniy Yatsenyuk, as prime minister, these two heavyweights also have disagreed publicly about reform methods and are now debating the distribution of ministerial and parliamentary posts.

“The main thing now is not to repeat the mistakes of 2005, when political fights prevented the winners of the [pro-democracy and reformist] Orange Revolution from making real changes,” according to Oleksandr Sushko, who co-chairs the secretariat of the Strategic Advisory Group, which provides high-level, independent advice on reform to the Ukrainian government.

On October 29, Poroshenko issued a fifty-page draft coalition agreement, and a few hours later Yatsenyuk countered with his own three-page text. As Yatsenyuk was making his case to reporters, Poroshenko’s ally, Volodymyr Groysman, convened a competing news conference to invite other parties to sign on to the president’s vision.

In his November 3 address to the nation, Poroshenko criticized Yatsenyuk’s document as insufficient and insisted that his own approach must be the basis for establishing the coalition: “In European practice, initiative in forming the coalition belongs to the political force that gained the highest number of mandates [parliament seats] in the elections. I am confident that the Bloc of Petro Poroshenko will decently cope with the given task.”

What is separating these top leaders and their parties? Beyond individual ambitions, they differ on the war against Russia’s proxies in the Donbas region—Poroshenko more inclined to concessions toward Moscow and Yatsenyuk readier to fight. And in an electoral system influenced by the cash of Ukraine’s oligarchs, a clash of business interests backing the different parties should be assumed.

But broad principles should not be in dispute. The core coalition members—Poroshenko’s bloc, Yatsenyuk’s Popular Front, and the new Samopomich (“Self-Reliance”) party, which took the third-highest number of seats—agree generally on the priorities. As expressed by civil society activist Hanna Hopko, a Samopomich leader and newly elected legislator, they are “anti-corruption, decentralization, reform of the judiciary and law enforcement, economic reform, constitutional and public administration reform.”

Ukraine needs to complete its government and begin passing reforms within days and weeks, not months. For that, the constitution requires close cooperation between Poroshenko and Yatsenyuk over cabinet appointments. While the prime minister heads the Cabinet of Ministers, the president nominates the defense and foreign affairs ministers. Poroshenko called November 3 “for a complete renewal of the Cabinet of Ministers! It needs to be deprived of unprofessionalism and corrupt shackles of a party-quota principle.” In recent months, the cabinet’s effectiveness has been hampered by the departure of Economics Minister Pavlo Sheremeta, the firing of Health Minister Oleh Musiy, and four successive appointments to the defense minister’s post.

The International Monetary Fund awaits the new cabinet to send its team to approve the disbursement of a new aid tranche in a country whose economy, the IMF says, has shrunk by 8 percent this year. As inflation and unemployment shove Ukrainians toward poverty, a measure of their desperation is this: Amid a war that threatens their country’s independence, most Ukrainians say the greater crisis is the economy. An independent poll last month found 55 percent of Ukrainians saying the government’s first task should be to reverse the economic collapse compared with the 29 percent who said the top priority should be defense.

Poroshenko and Yatsenyuk have competing visions of how the reforms should be carried out; the president announced key parameters of a Reform Strategy 2020, on September 25, a few days after the prime minister published his Action Plan Recovery for Ukraine.

President Poroshenko took the upper hand on reform-related issues after his election in May, with a 54.7 percent majority, sealed his political legitimacy. But now Yatsenyuk’s party has beaten Poroshenko’s, if narrowly, in the nationwide party-preference vote for parliament. That, and the Ukrainian constitution—which gives the president primacy on military and foreign affairs, but a weaker role in domestic policy—means that leadership on reforms should shift clearly back to the prime minister’s office.

The new parliament, or Verkhovna Rada, will end the bottleneck on reforms of the previous legislature, in which the (broadly anti-reformist) Party of Regions, once led by the ousted President Viktor Yanukovych held more than 40 percent of the seats. The new, three-party coalition should wield a majority of at least 260 deputies, enough to pass most reforms. And dozens of other Europe-oriented, pro-reform legislators—from the Batkivshchyna and Radical parties, and independents—can give the coalition the chance on key issues to build the 300-vote super-majority required to amend the constitution.

That constitutional majority will be needed to achieve one of the most needed and controversial reforms: the decentralization of government functions. If a political solution ultimately can be found to the Russian-sponsored separatist war in the Donbas region, a decentralization that grants Ukraine’s provinces and local communities greater authority will be “key,” according to Yevhen Bystrytski, director of the Kyiv-based, pro-democratic International Renaissance Foundation. Still, decentralization will be highly complex, and many Ukrainians worry that it risks helping Russia in its current effort to break up Ukraine.

Ukrainians are debating how fast and far to deregulate the economy. “Deregulation is the only cost-free, effective mechanism which can stimulate economic growth,” said Dan Pasko, a finance specialist nominated to the government’s inter-agency National Reform Council. Georgia’s former minister of economic development, Kakha Bendukidze, has joined other internationally prominent economists to recommend deep deregulation and government budget cuts, but says he does not see the political will, even under Poroshenko, to achieve it. Some analysts are genuinely concerned that sudden deregulation will lead to loss of quality control and would need to be carefully calibrated to abide by Ukraine’s commitments under its new trade agreement with the European Union.

Still, real political will exists for broad reforms. With the parliamentary majority and National Reform Council in place—plus Strategic Advisory Groups that have been working with the economy, education, health and other ministries to draft policies and reform laws—institutional bases for change are ready if political competition does not get in the way. The recent elections have demonstrated Ukrainians’ commitment to democratic, non-radical change. Especially under the menace of a new, Russian-backed offensive in the east, senior officials must quickly pull back from infighting and implement reform if they want to avoid a new and dangerous winter of discontent.

Sabine Freizer is a senior fellow of the Atlantic Council based in Istanbul. She also is advising the Open Society Foundations in Ukraine.