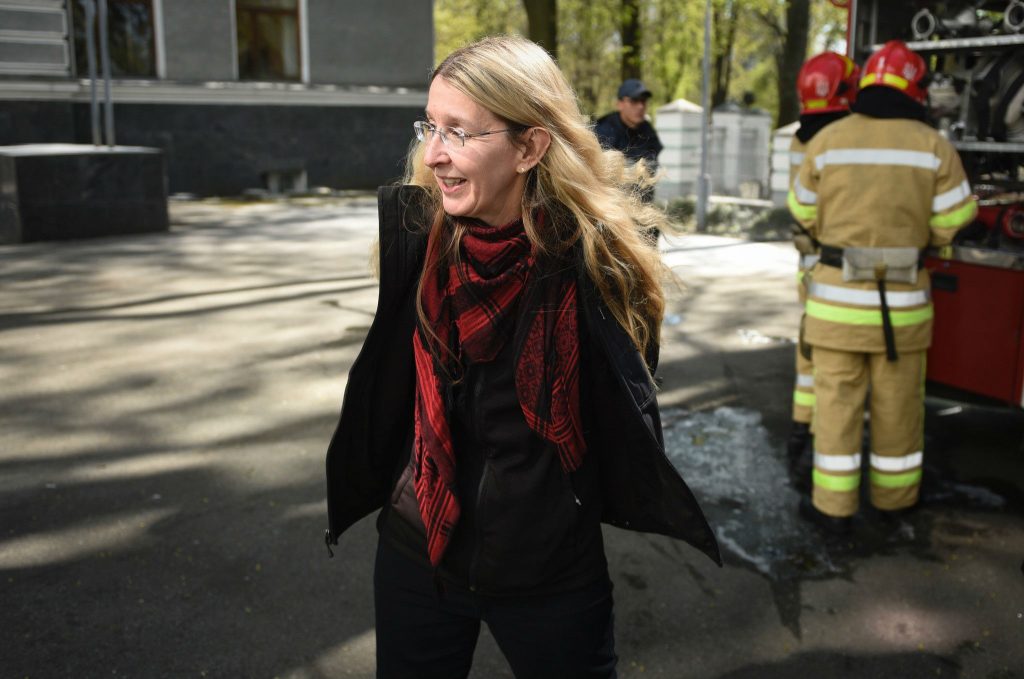 For nearly a year, Dr. Ulana Suprun has been pressing for a complete revamp of Ukraine’s health care system, and she is finally close to seeing it replaced by a brand-new set of policies. She’s got a firm deadline: the current parliamentary session ends on July 14. If she can’t get the bill passed in the next six weeks, Suprun, the acting minister of Ukraine’s Ministry of Health, believes health care reform will likely be postponed until after the 2019 presidential election.

“[Health] is the most important part of life, and it’s always the last [priority],”the slim American-born doctor said over lunch in downtown Kyiv on June 3.

Ukraine’s sclerotic health care system hasn’t been reformed since 1991 and its problems are manifold. Stories of fraud, misdiagnosis, and poor care abound.

Suprun has seen it herself. An acquaintance had a cough and night sweats that had been continuing for two weeks. A Ukrainian hospital had diagnosed her with lung cancer. She called Suprun for advice, and over the phone and by examining the woman’s x-rays, Suprun told her that she thought it was a rare case of pneumonia. She was right.

More than 90 percent of Ukrainians are afraid they’ll be financially ruined by an emergency. She wants to change that.

“We need a system where people feel that the state cares about them and gives them financial guarantees,” she said in a June 2 press conference in Kyiv.

Suprun and her team have designed a system that reforms palliative, emergency, and primary care simultaneously. The new National Health Service would be an independent body in the executive branch under the Cabinet of Ministers, much like the National Anticorruption Bureau of Ukraine.

She wants to affect the quality of care. A doctor whose patient has a cough will no longer be able to order a CT scan immediately, offsetting what is currently a common tactic to make more money by ordering a potentially unnecessary procedure. Instead, he or she will have to follow international standards of care.

In another appalling example, Suprun said she knows of dozens of cases in which Ukrainians who have had heart attacks in the middle of the night can’t get emergency stents placed until the morning. It’s essential to get the stents in within ninety minutes of a heart attack. But a stent and its insertion can cost between $8,000 and $10,000 in Ukraine, and many hospitals refuse to treat patients until they can provide money for the stent. She said the Ministry of Health studied when most stents were put in and found that they were most frequently placed at 10:00 in the morning, shortly after banks open at 9:00.

“People are afraid of doctors,” she said. They fear that doctors won’t treat them in the future if they complain.

She’s also been working on changing medical education. Her bill will introduce medical licenses for individual doctors. Currently a doctor needs just a diploma to practice; only medical practices are licensed.

The road to reform has been rocky. Critics have charged that she’s the richest minister, that she’s not really a doctor, that she stole 4 billion hryvnia. Family doctors are happy with the bill; they will be rewarded for seeing more patients and their incomes could increase by at least 30 percent. But the Trade Union of Medical Workers opposes the new system, as do administrators who will be rendered redundant.

Suprun doesn’t let the criticism get to her, crediting her medical training. As a physician in Manhattan, she specialized in mammograms and saw thousands of patients with cancer. She had to deliver bad news all the time. “If you took it personally each time, you’d explode,” she said. Looking at a situation clinically and removing herself from it has been key. She also takes walks and has practiced yoga in the past, but doesn’t have time for it now.

After lawmakers refused to take up health care reform on May 18, a special parliamentary working group studied the issue and simplified the number of bills from four to two; in the end, President Petro Poroshenko gave Suprun’s reforms his full support.

“The working group worked to optimize the [bills] and to communicate to the MPs what’s actually in them,” said Suprun.

On June 6, the legislation was added to the parliamentary agenda, and a vote is expected on June 8, followed by a second, final vote later in June.

Suprun thinks the new legislation will pass. But she is also counting on international donors and western capitals to visibly support passage of the reforms.

Suprun said that young people tell her all the time, “You’re our last hope. If you don’t fix it, we’ll leave Ukraine.” And that gives her heart. If Ukraine can pass health care reform, she said, “then young people who stood on the Maidan may change their minds. Maybe we can fix this country.”