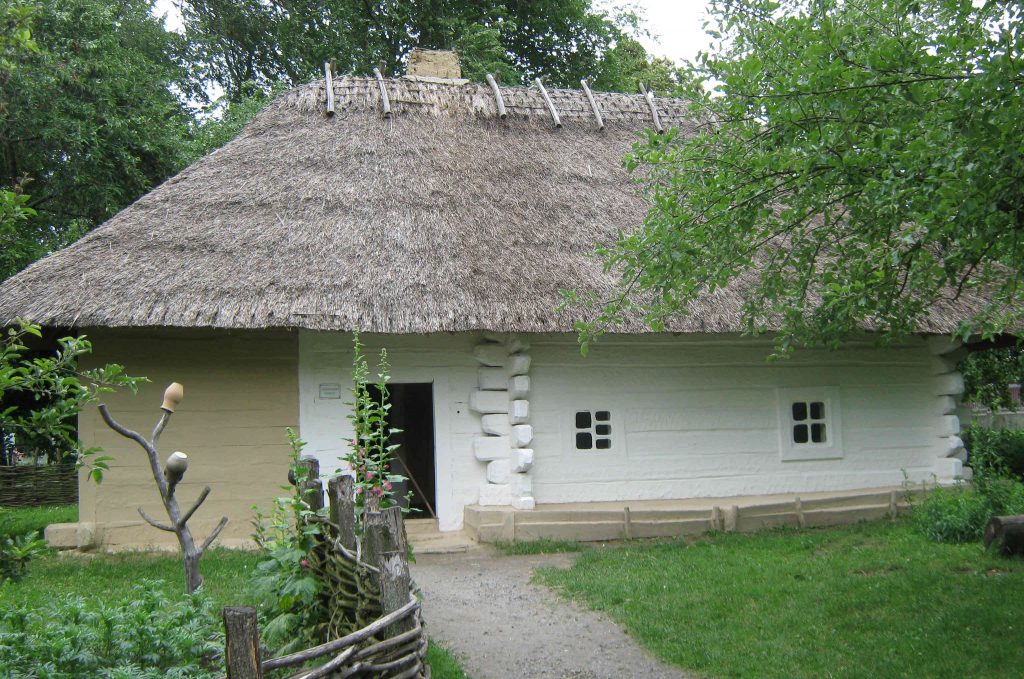 Here’s a suggestion that will strike you as either painfully obvious or unnecessarily cumbersome. If you really want to understand contemporary Ukraine and Ukrainians, you need to know Ukrainian. If you accept that point, then discard all the writings by linguistically challenged analysts incapable of delving deeper into the Ukrainian psyche—and then go see two plays in Kyiv and visit two villages south of Kyiv.

The plays I have in mind are “Zacharovanyy” (The Enchanted Man) and “Divka (Maiden), a Ukrainian Love Story.” The first, a modern adaptation of a nineteenth-century play by Ivan Karpenko-Karyy, tells the well-known story of two proud village lovers. They quarrel, marry the wrong person out of spite, and then—unhappy in their new relationships—reignite their love illicitly. In the final scene, the young man, desperate and confused, accidentally kills his wife.

At first glance, there’s nothing new here. Look a little closer, however, and you’ll see that the play has the same structure and moral message as an ancient Greek tragedy. The Ukrainian lovers attempt to assert their autonomy, fail, and then succumb to their tragic fate: misery and death.

The second play is by a young Ukrainian playwright, Vira Makovii, from the Bukovyna region of western Ukraine. The plot line is similar to that of “The Enchanted Man”—but with one major difference. The heroine refuses to bow to her fate and, in the final scene, appears to escape its hold, avoiding the misery and death that befalls all the women in her village.

Makovii, obviously, is trying to move Ukrainian culture away from its traditional submissiveness to a dreadful fate and, in decidedly modern fashion, suggesting that Ukrainians can be masters—or mistresses—of their lives. That happened to be the message of the Maidan “Revolution of Dignity”: that a humbled people can assert their humanity by rising up against tyranny.

The two villages, both about 170 kilometers south of Kyiv, are Moryntsi and Shevchenkove, where Ukraine’s “national poet,” Taras Shevchenko (1814-61), spent his youth as a serf—or, to use American terminology, a slave. Visit the huts he lived in and you can’t help but compare them with the slave cabins found on American plantations. Shevchenko had the good fortune to be a “house serf,” or page, in the employ of his master, Pavel Engelhardt, and accompany him to St. Petersburg in 1831. There, the young slave impressed local painters and writers with his artistic talents, and in 1838 they raised the money to buy his freedom. Arrested in 1847 for his revolutionary activity and writings, Shevchenko spent most of the rest of his life in exile.

There are many reasons for Shevchenko’s canonical status as Ukraine’s national poet. His poetry is outstanding, his art is impressive, and his commitment to freedom and justice is remarkable. But what may appeal most to many Ukrainians is that Shevchenko never gave up. He never buckled under, refusing to submit to his tragic fate like the slave he was. Instead, he had the courage to say no, loudly and repeatedly.

So much of Ukrainian culture—and perhaps of the Ukrainian “psyche”—is defined by these two dialectically related components. On the one hand, there is the fatalistic acceptance (still) of one’s tragic fate. And for Ukrainians, who barely survived two monstrous totalitarian dictatorships, the Soviet and the Nazi, and lost some fifteen million people in the process, it’s not hard to find evidence of the correctness of that view.

On the other hand, there is the rebellious rejection of fate, along with the deep-seated admiration of courageous individuals who have the strength of will to say no and to keep on saying no even in the face of overwhelming odds.

Small wonder that growing numbers of Ukrainians admire the nationalists—commonly known as Banderites, or followers of Stepan Bandera—who fought Polish rule in 1921-39, Nazi rule in 1941-44, and Soviet rule in 1939-55. Western observers point to nationalist excesses and condemn them. But that’s missing the point, somewhat like saying that Thomas Jefferson and George Washington don’t deserve to be founding fathers because they had slaves. Ukrainians see strong-willed individuals who were willing to die for their ideals of independence and freedom. And, perhaps unsurprisingly, the contemporary Ukrainians who are most inclined to view the nationalists as symbols of resistance are the Russian-speaking easterners fighting Putin’s troops in the Donbas and dying for the cause.

The similarity with Eastern European Jewish culture and Zionism is striking. Shtetl culture was generally resigned to the inevitability of tragedy, misery, and death. The Zionists were young men and women determined to reject that fatalistic worldview and create “new” Jews—strong, vigorous, and willful. If necessary, the Zionists would also use violence. As Frantz Fanon, the author of the classic anti-colonial tract, The Wretched of the Earth, pointed out, colonial peoples in Asia and Africa have similar cultural mindsets and generate identical individuals committed to national liberation.

On July 2, I attended a book presentation at Kyiv’s “Ye” bookstore. Author Bohdan Zholdak had just published a novel about the ongoing war entitled “UKRY“— the derogatory name for Ukrainians that Russians use and that Ukrainians (like blacks with respect to “nigger” and gays with respect to “fag”) have now appropriated. He dedicated the book to a young soldier, Zhora, who had been killed while returning to the front. Zhora’s mother spoke at the gathering—in Russian. And she concluded her stirring words with the nationalist call, “Slava Ukraini!” [Glory to Ukraine!] The audience responded with the nationalist response—”Heroyam slava!” [Glory to the heroes].

An outsider with no knowledge of Ukrainian language or culture might interpret the exchange as a right-wing nationalist ritual. It wasn’t. It was an assertion of dignity, humanity, and the right to determine one’s fate.

Image: Ukraine’s national poet Taras Shevchenko spent his youth as a serf in huts in the villages of Moryntsi and Shevchenkove (pictured). There are many reasons for Shevchenko’s canonical status. His poetry is outstanding, his art is impressive, and his commitment to freedom and justice is remarkable. But what may appeal most to many Ukrainians is that Shevchenko never gave up. He never buckled under, refusing to submit to his tragic fate like the slave he was. Credit: Alexander Motyl