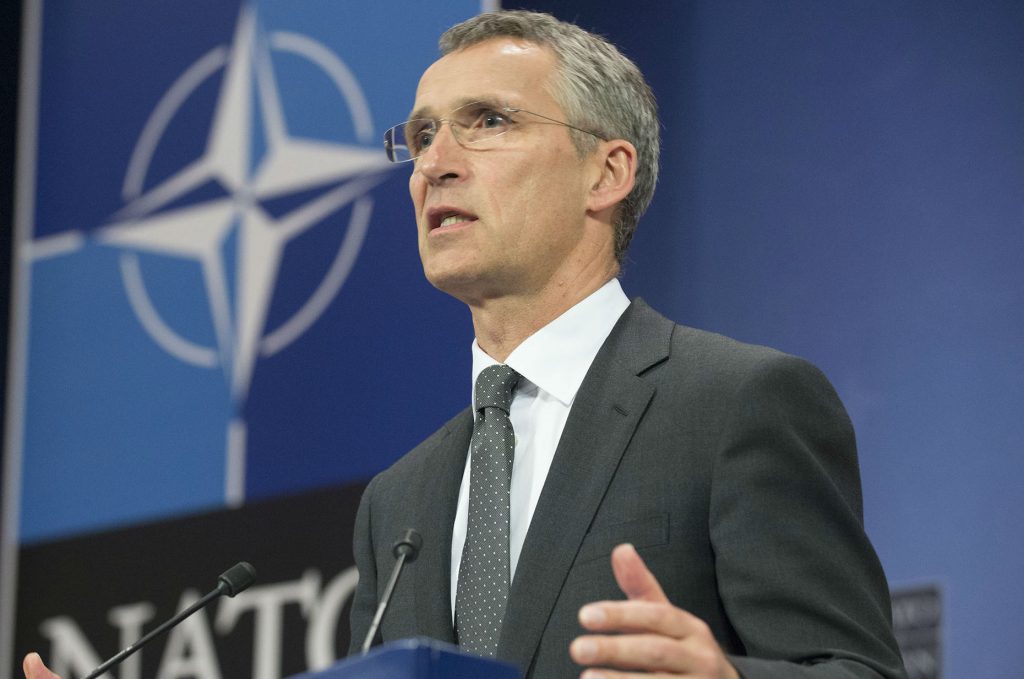 Amid multiple signs of an impending battle in Ukraine, NATO and Ukraine have stepped up their response. But so has Russia. Ukrainian officials claim to have 60,000 troops in the field against an estimated 54,000 Russian forces in the Donbas. A large-scale conventional theater in the Donbas is a real danger this summer. But Moscow is not merely focused on Ukraine. Russia has made numerous nuclear threats, buzzed US and NATO ships in the Black Sea, moved Iskander missiles to Crimea and Kaliningrad, built up a formidable anti-access and area-denial (A2AD) force along the Russian border, conducted major Arctic exercises, and continued its probes against northern European and US targets.

Russia’s aggressive measures haven’t gone unnoticed. NATO reinforced its forces in the Baltic states and Eastern Europe by sending ships to the Black Sea, carrying out military exercises, and tripling the size of its rapid reaction force to 40,000. The EU renewed sanctions last week. Lithuania and Poland are building LNG terminals, and gas interconnectors are being built across Central and Eastern Europe to ensure greater energy independence from Russia. The United States has pledged to help NATO’s rapid reaction force with airlifts, air-to-air fueling as well as with intelligence, surveillance and reconnaissance. Washington will also station tanks, Bradley Fighting Vehicles and self-propelled howitzers in six NATO countries on Russia’s flank.

Russia argues that NATO’s recent moves are unnecessarily provocative and may mandate some sort of undefined military response. But such claims are misplaced. Russia initiated this crisis by its unprovoked aggression against Ukraine. Second, Moscow possesses a huge margin of conventional superiority in all theaters from the Baltic to the Black Seas. NATO’s actions have hardly made a dent in that superiority and, if Russia invaded the Baltic states today, NATO commanders are skeptical that those states could hold out for any length of time.

As Russian threats continue to grow, NATO must step up its game. Permanently stationed forces in both the Baltic and Black Sea areas comprising land, air, sea, and information warfare capabilities are needed. Given the size of the forces currently in Ukraine and the high likelihood of more fighting, it’s entirely possible that fighting might spill beyond Ukraine’s borders.

This is admittedly a sobering message to NATO and the EU, but it is also a message that must be heeded. According to recent Pew polling, all NATO member publics are more likely to think the United States will come to an ally’s defense than to be willing to do so themselves.

But Europe doesn’t have any alternatives. By invading Ukraine, Russia has made war in Europe thinkable, and it has raised the prospect of a war that might draw in NATO. Russia’s aggression threatens the European security architecture. Under the circumstances, there is no alternative to building and deploying a robust, viable, and effective conventional deterrent force in the Baltic and Black Sea regions. Such deployments, far from being a threat to Russia as Moscow and its trolls insist, is the only reliable guarantee that peace in Europe will be preserved and that Moscow cannot further exercise its imperial options in the region.

Without an effective conventional deterrent, we risk bolstering the Russian government’s self-serving, paranoid belief of the simultaneous weakness and threat of the West. Since Moscow doesn’t believe in the sanctity of treaties, internationally guaranteed borders, or the sovereignty and territorial integrity of its neighbors, and has disregarded most of the arms-control treaties of the last generation, a robust conventional deterrent, which rests on a heightened but realistic assessment of the Russian threat and the willingness to spend the necessary money to meet it, is not a luxury. Working together NATO and the EU can help sustain Ukraine and its neighbors, thwart any further Russian aggression, increase the high costs of the Ukraine operation to Moscow, and deter future aggression. Realistically this means spending a lot of money and training many troops, all investments that the West doesn’t want to make. But the experience of the last year shows us that if governments are negligent about their security they eventually have to pay more under unfavorable conditions to secure their borders. Once again Europe must learn the ancient lesson that peace does not preserve itself.

Image: On June 25, 2015, NATO Secretary-General Jens Stoltenberg warns of a return to heavy fighting in eastern Ukraine. As Russian threats continue to grow, NATO must step up its game. Credit: NATO.