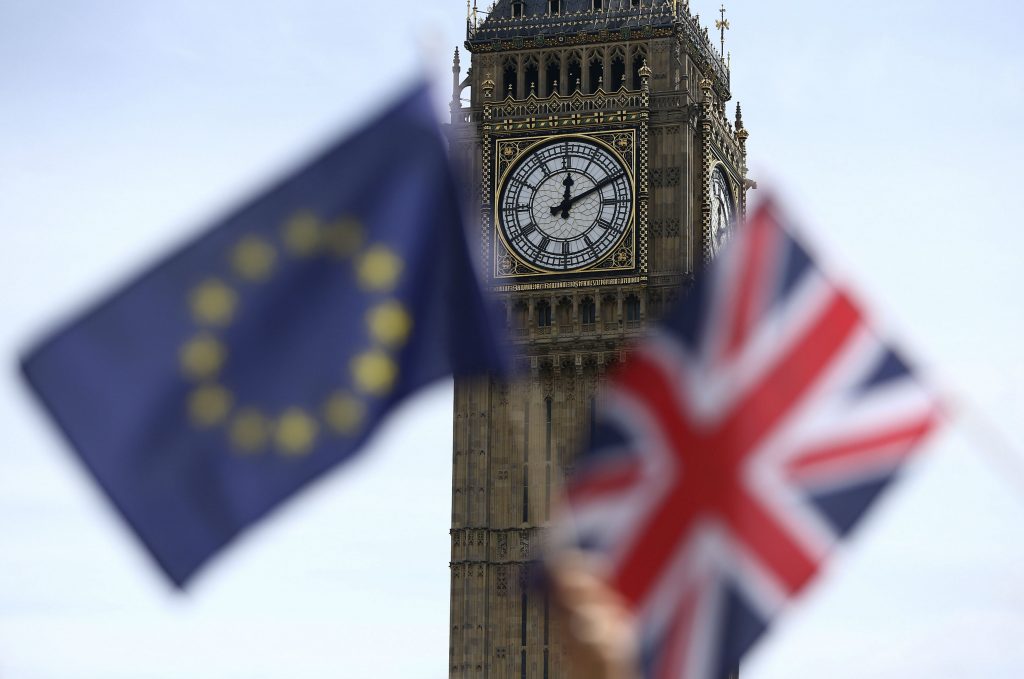 After British voters approved a referendum to leave the EU on June 23, Ukraine’s Vice Prime Minister for European Integration Ivanna Klympush-Tsintsadze said: “We respect the British citizens’ decision, but Ukraine feels sorry for these events. To my mind this will weaken the EU and it will have to concentrate on its own problems.”

The minister’s consternation and worries are right. For Ukrainians, the British vote is difficult to understand. They have fought and are still fighting for their “European choice.” Initially in a revolution, then in a highly intense hybrid war, and now in low-intensity warfare, they are defending their right to freely associate with and eventually join the EU.

Klympush-Tsintsadze’s words also indicate the main problem that Brexit entails for Kyiv. European politicians, diplomats, journalists, and experts will be even more distracted from Ukraine’s internal developments and the Russian-Ukrainian conflict. Several other fundamental challenges to the EU compete for Western attention, including the aftershocks of the great recession, the Greek financial crisis, exploding refugee waves, the escalating Syrian civil war, Central European illiberalism, TTIP negotiation problems, the rise of right-wing populism, and tensions with Turkey.

As if this was not enough, the Brexit vote creates additional uncertainty across the continent. The stakes for Georgia, Moldova, and Ukraine are high as they are hoping to enter the EU, although none has an explicit membership perspective. Will a distracted and crisis-ridden EU still be able to start accession negotiations with them once they have implemented their association agreements?

While these fears are understandable, the immediate repercussions of the referendum for countries like Ukraine may remain limited. First, it is not clear whether the UK will leave the EU. The visible economic, political, and social aftereffects of Brexit for the UK may be nothing less than disastrous. After the voting results were announced, the British currency and shares dove. Businesses, banks, capital, and investors could leave the UK en masse.

Even worse, the United Kingdom could break apart as majorities in two of its constituent parts—Scotland and Northern Ireland—have voted to remain in the EU. Finally, the referendum has brought to the fore a stark generational conflict between older Leave voters and younger Remain voters. The enormous tensions that Brexit has already exacerbated—when the disassociation process has not even started—suggests that an about-face may still be possible.

But if the results stand, Ukraine will be affected for several years to come. A considerable part of the EU’s future attention, energy, and resources will be absorbed by the negotiations and implementation of Brexit and the set-up of the UK’s new relationship with the EU. Brussels’ abolishment of the visa requirement for Ukrainian short-term visitors may be further postponed. The relatively pro-Ukrainian and Russia-hawkish British voice would disappear from the EU’s institutions. The EU’s overall political weight would sink. In a worst-case scenario, other EU countries also would hold referendums and decide to leave.

A best-case scenario in the aftermath of Brexit could follow this pattern: The British referendum provides a useful shock that forces all governments, societies, and institutions of the EU to rethink their relationship to the European idea. One of the major flaws of European integration has always been its bureaucratic character, elite-centrism, and remoteness in Brussels. After the unexpected Brexit vote, the European project is becoming a massively political and salient issue again. If the EU—with or without the UK as a full member—rethinks and reconstitutes itself as a more democratic Union, that may benefit Ukraine.

One could, for instance, imagine that a redefinition leads to a formal adoption of Jacques Delors’ idea of a Europe of concentric circles with different stages of integration within which countries can locate themselves. To be sure, such a model has already been spontaneously emerging over the last twenty years, as exemplified by the different sets of European countries that participate in the Euro and Schengen areas. Yet, one could imagine a renewal of the entire European project along Delors’ terms. Such a model would benefit Ukraine if it clearly prescribes how a country can move from the EU’s periphery to the core.

A membership perspective for Ukraine may be out of question for several years, as the EU has too much on its plate now. In any case, Ukraine has to do a lot of homework—namely implement its association agreement—first. Kyiv should use the next few years to prepare itself for a future window of opportunity that will open Ukraine’s path into the EU.

Even if Britain leaves the EU, the UK will continue to play an active role in the world. Yes, the British pro-Ukrainian voice in the EU would be a sore loss. Yet a Britain after Brexit will likely move closer to the informal non-European Anglophone alliance of pro-Ukrainian countries consisting of the United States, Canada, and Australia. Britain may coordinate its sanctions regime against Russia with these three states instead.

Finally, one should keep in mind that the continuation of the EU’s sanctions against Russia—Ukraine’s most pressing interest in relation to the EU—has a double meaning. The disarray in Europe following the British referendum makes a softening of the EU’s sanctions against Russia more likely. Yet, with fewer sanctions in place (assuming the EU does not renew in January 2017), the Russian leadership will have fewer external explanations for Russia’s continuing economic malaise.

European integration has its problems, but it provides a sustainable model that will continue to thrive with or without the UK. Russia’s Eurasian integration may appear an alternative; however, it proposes an unsustainable model that will eventually collapse. These two basic facts will not be changed by Brexit, and they predetermine the future of Ukraine’s foreign relations as well as its geopolitical orientation. The results of the British referendum are a big disappointment. Yet it will eventually be little more than a nuisance toward European nations’—including Ukraine’s—path to a united Europe.

Andreas Umland is a senior research fellow at the Institute for Euro-Atlantic Cooperation at Kyiv and general editor of book series Soviet and Post-Soviet Politics and Society distributed outside Europe by Columbia University Press.