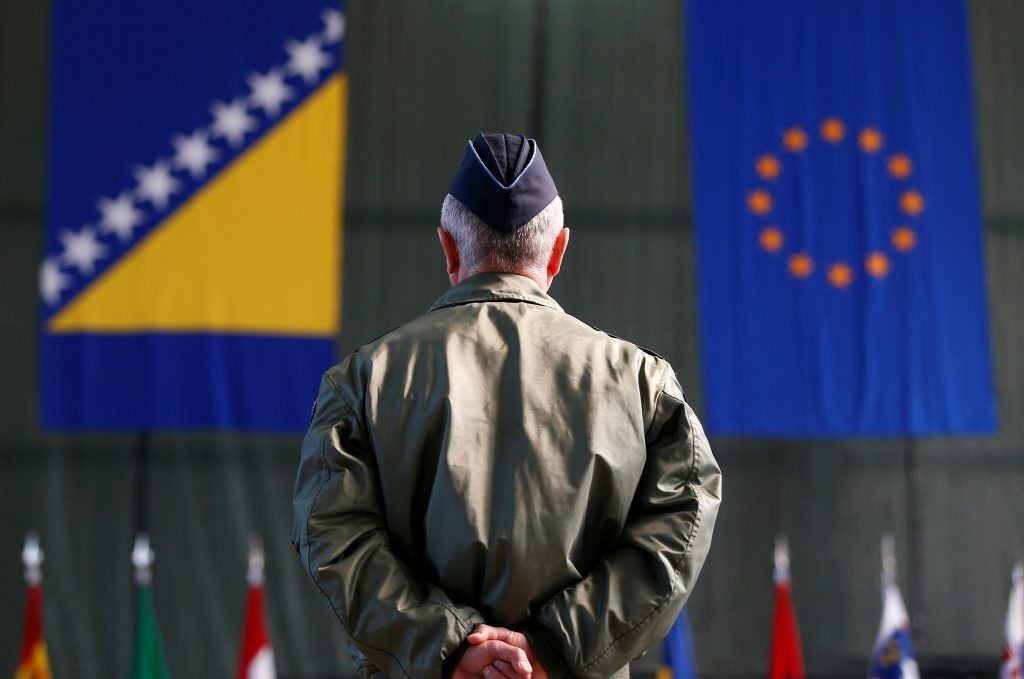 Ukraine wants to join the European Union, but the level of support among many EU member states is low or nonexistent. Many are afraid of Russia’s reaction and lack a clear understanding of both the climate in post-Euromaidan Ukraine and the country’s strong commitment to Western integration.

The situation is challenging in all aspects. War still raging along the demarcation line in the Donbas, US policy toward the EU and Ukraine is unclear, Russia is strongly opposed to Ukraine’s entrance into the EU, and Ukraine itself faces the twin challenges of war and reform. Only EU and NATO accession can provide a lasting framework that allows Ukraine to master all of the challenges at the same time. The model has been proven through the accession of central European and southeastern European countries and will most likely be similarly successful in the third wave occurring in Eastern Europe.

If the EU does not allow the country to have realistic European hopes, post-Maidan Ukraine could fail, just as the Orange Revolution did, with all of the related tragic consequences. But how can one ensure a credible EU perspective and increase progress toward EU accession in all sectors simultaneously? To achieve this, Ukraine requires a new strategic approach and an alliance of friends, partners, and allies composed of countries with similar interests.

In the nearby neighborhood are eight countries—Albania, Bosnia, Croatia, Kosovo, Macedonia, Montenegro, Slovenia, and Serbia—that had similar traumatic experiences with war and destruction in the 1990s, and that now have seventeen years of reconstruction and pre-accession behind them. They have shared a similar strategic objective of joining the EU and NATO, and some have achieved it: Croatia joined NATO in 2009 and the EU in 2013, for example. Those that are already inside can help the others that are still on their way and facing similar challenges with domestic reform and the EU’s enlargement fatigue.

The reform and transition experience of the Balkans matters for Ukraine. In the 1990s, the Balkan countries were in a similar condition as Ukraine is today—or possibly worse—and those in Europe and the West developed institutions to turn war-torn countries into successful members, as in the case of Croatia, or successful candidates, like Montenegro. The six remaining countries outside the EU—Albania, Bosnia, Croatia, Macedonia, Montenegro, and Serbia—are all in better economic and political shape than they’ve ever been (Montenegro expects to join the EU within the next five years.). And while nobody is fully satisfied with the present status of the Balkan countries, the sectors—energy, public finance, infrastructure, trade, and common security—where the EU has been involved and supported reforms on a regional basis have outperformed the others. That has especially been the case since the 2014 start of the Berlin Process, the EU-supported process of regular, top-level coordination meetings with Balkan countries that was established partly as a response to Russian challenges along the European periphery.

As an example, Ukraine’s energy sector reform, still the country’s prime achievement since 2014, would not have been possible without its membership in the Energy Community for southeastern Europe. The reform experience and expertise of the Secretariat in Vienna, which was ready to come to Kyiv at a phone call, as well as the Energy Community’s existing regulatory framework and the fact that Ukraine was already legally committed, allowed things to develop surprisingly quickly.

Similar frameworks in many other areas were built exactly for the purpose of assisting postwar Balkan reconstruction. There is a wide range of existing institutions that helped the Balkan countries reform and grow their economies that could also help Ukraine, from the Center of Excellence in Finance in Slovenia and the Regional School of Public Administration in Montenegro to the South East European Centre for Entrepreneurial Learning in Croatia and the Regional Anti-Corruption Initiative in Bosnia and Herzegovina.

Such a sector-based approach that utilizes existing institutions and proven expertise would support the transformation of Ukraine—as well as Moldova and Georgia—and could add some weight to the enlargement debate, in terms of Ukraine’s economic significance.

Ukraine is a big challenge, in terms of its size and issues, but it could also be viewed as the biggest opportunity and a natural leader of such a group because of its size and significance. A confident, independent, and pro-European Ukraine should support the Balkan countries as well as Moldova and Georgia, and secure its own EU membership by forming such an alliance on EU accession with those countries, coordinating their efforts to adopt EU standards, and sharing networks and friends to ensure a common future for all inside the European Union.

Gunther Fehlinger lives in Ukraine and is the chairman of Europeans for Tax Reform. He also coordinates the Austrian Committee for European Ukraine and the Action Group for Regional Economic and European Integration of the southern Balkans.

Moldova The Balkans The Caucasus Ukraine