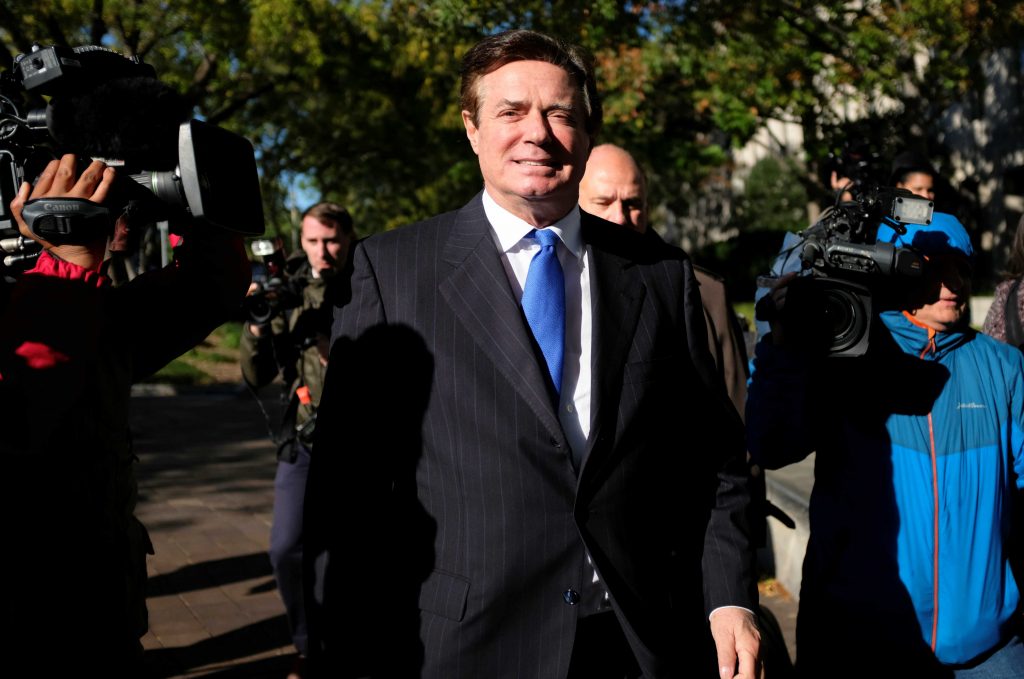 The most surprising thing about the thirty-one-page indictment of Paul J. Manafort, Jr. and his business partner Richard W. Gates III by Special Counsel Robert Mueller is that it hardly contains anything that was not known to people who have observed Ukraine. Manafort was the all-dominant political advisor to former President Viktor Yanukovych from the spring of 2005 until his fall in February 2014. Afterward Manafort continued to work for his successor party, the Opposition Bloc.

While Manafort worked in Ukraine, it was widely rumored that he earned $9 million a year. Now the indictment states that “more than $75 million flowed through [his] offshore accounts.” Earlier this year, Ukrainian MP Sergii Leshchenko unearthed a minor part of those payments from Yanukovych’s residence, providing hard evidence in the so-called “black ledger,” which Manafort of course denied. Since this money originated from the illegal funds of a foreign political party, Yanukovych’s Party of Regions, the US Foreign Corrupt Practices Act naturally applies to Manafort and his associates.

Since the money was dishonestly earned, any amount taken to the United States amounted to money laundering, and the indictment claims that Manafort “laundered more than $18 million.” The money that Manafort did not take to the United States he did not report to the Internal Revenue Service, which means a third crime, namely, tax evasion to the order of $57 million. A fourth alleged crime was that Manafort and his colleague lobbied on behalf of then President Yanukovych with US government agencies without registering as foreign agents.

The indictment contains twelve counts. The first is “Conspiracy against the United States.” The two defendants are accused of “together with others, [having] knowingly and intentionally conspired to defraud the United States by impeding, impairing, obstructing, and defeating the lawful governmental functions of a government agency, namely the Department of Justice and the Department of Treasury, and to commit offenses against the United States…” The second count is their conspiracy to launder money. It continues with failures to file reports of foreign bank and financial accounts, to register as an agent of a foreign principal, making false and misleading FARA statements, and producing false statements.

These four alleged crimes were well known. The novelty of the indictment lies in two factors. First, this is a formal US government prosecution. Second, the very well-written text offers plenty of unknown documentation of all of Manafort’s many companies, including twelve in Cyprus and two in the Grenadines.
The indictment ends with the forfeiture of four pieces of real estate in New York and Arlington, Virginia, belonging to Manafort.

That Yanukovych was the leading anti-American and anti-democratic politician in Ukraine is not part of the indictment. Neither the Trump campaign nor Russia is mentioned.

Interesting questions that remain to be studied are how Manafort controlled the Russian television coverage of Ukraine to the benefit of Yanukovych and whether he worked closely with Russian intelligence, which was given a free hand by Yanukovych in his administration. Nor did Manafort act alone. His group in Ukraine contained about eight people, who are also liable to these charges only earning much less. As the New York Times puts it, “It is widely believed that Mr. Mueller is hoping to pressure Mr. Manafort into providing information about the central subject of his investigation,” so this indictment appears only as a tasty aperitif. The beef is still to come.

What Mueller tells us in this indictment is that he considers Manafort a pervasive criminal since at least 2006, ten years before he started working as Donald J. Trump’s campaign manager in 2016. The strange thing is that the FBI had not found any reason to investigate and prosecute this high-profile criminal long before it did.

While this first indictment did not touch President Trump, his campaign, or Russia, it gives a foretaste of how much criminality in the Trump circle that is likely to be documented by the Mueller Commission, showing how vital it is for the sake of legality. The Manafort indictment is a great victory for rule of law in the United States, and is being celebrated in Ukraine as well.

Image: Former Trump 2016 campaign chairman Paul Manafort leaves US Federal Court after being arraigned on twelve federal charges in the investigation into alleged Russian meddling in the 2016 US presidential election in Washington, October 30, 2017. REUTERS/James Lawler Duggan