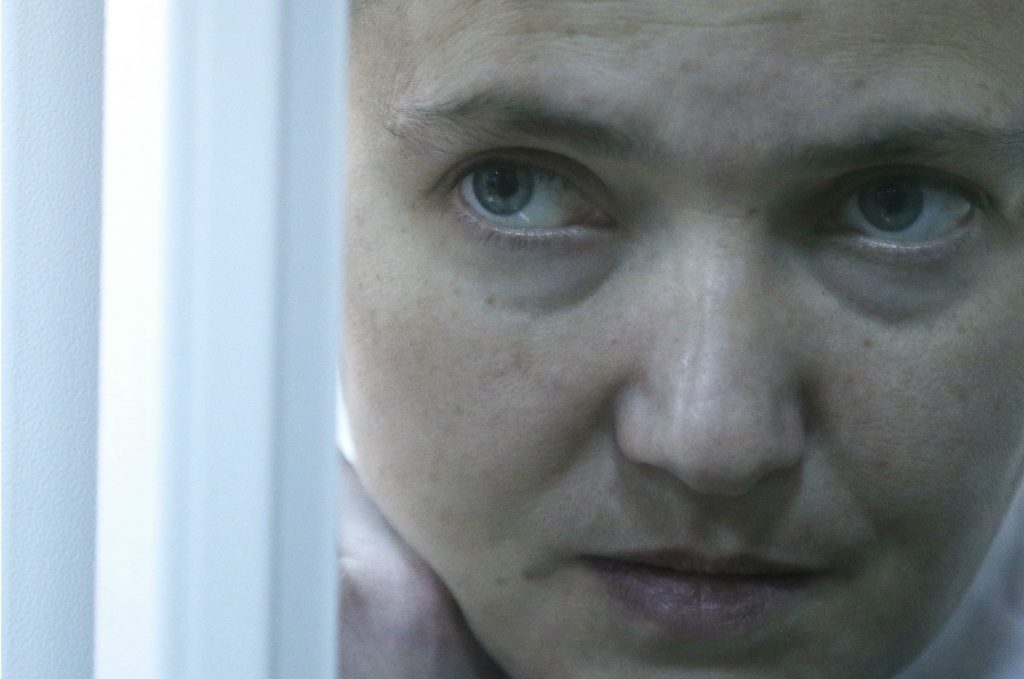 Ukrainians are still trying to digest the shocking news of an averted military-style coup plot led by war hero and parliamentarian Nadiya Savchenko.

The story broke on March 8 when Ukraine’s Security Service (SBU) apprehended Volodymyr Ruban as he was illegally crossing a checkpoint in a van loaded with heavy weapons. Ruban, a volunteer prisoner exchange negotiator known for his shady dealings with the separatists in eastern Ukraine, claimed he was just the driver moving furniture and had no knowledge of the weapons. He denied his involvement in the plot and said he was framed by the SBU. In early 2017, the SBU forbade him from traveling to Ukraine’s occupied territories because he had helped Savchenko, a former high-profile political prisoner held by the Russians, visit Ukrainian POWs in the Donbas without authorization.

The story took an unexpected turn when the prosecution accused Savchenko of plotting to overthrow the government of Ukraine. Since November 2017, she has allegedly colluded with the leader of the Donetsk People’s Republic, Alexander Zaharchenko, coaxed several Ukrainian military officers to help stage the coup, and asked Ruban to smuggle weapons into Ukraine. Some of the officers, however, reported the two to the SBU and acted as informants.

Following Prosecutor General Yuriy Lutsenko’s grandiose accusations against Savchenko, the Ukrainian parliament expelled her from the national security committee and stripped her of immunity to begin criminal proceedings against her. If found guilty, Savchenko could get from ten years to life imprisonment.

The audio and video excerpts depict conversations between Savchenko, Ruban, and military officers discussing surreal plans to topple the government with assassinations of high-ranking officials and civilian casualties and implying possible Russian invasion and mass repressions. The recordings reveal Ruban to be more of a strategist than just the driver who suggested a revolution, while Savchenko proposed the coup. The recordings also show their alleged collusion with the separatists.

Before the release of evidence, Savchenko confessed her involvement but claimed the plot was a charade aimed to scare and ridicule the regime; it was never meant to take place.

What prompted her to engage in this absurd operation was warnings that someone from the president’s circle had assassination plans against her. She decided to let her assassins get close to her, so she could trick them. She knew she was being recorded and wanted to let the authorities collect compromising materials on her to later show the people how the government prosecutes its political opposition. Meanwhile, she was approached by separatists who worry that Russia will give back the Donetsk and Luhansk People’s Republics to Ukraine but refuse to reintegrate under the current regime. They offered to help her oust the Poroshenko regime by suppling weapons. Savchenko justified her participation in weapons smuggling as a way to prevent future casualties of Ukrainian soldiers, test the arms of the enemy, and help the Ukrainian military to trace their origin.

It’s not easy to make sense of this convoluted story. Savchenko claims she tricked the security services, but how do we know she isn’t trying to deceive the public now? Savchenko seems to see her mission as saving Ukraine from the corrupt system of oligarchs and ending the war, but that vision led her to collude with Russian-backed separatists responsible for the deaths of over 10,000 Ukrainians. The fog of war might have blurred her ability to distinguish between friend and foe.

Even if Savchenko was playing with the SBU and testing its response, the security services took her seriously, collected evidence, and prevented a treasonous crime. Given the high domestic security risks from the ongoing war, it was irresponsible of her to divert the SBU from the real dangers confronting the country.

The prosecution believes that the two couldn’t have acted alone. The trail is leading them to Ukrainian politician Viktor Medvedchuk, who has personal ties to President Vladimir Putin and represents Ukraine in the prisoner negotiations in Minsk.

However, the prosecution has yet to prove Savchenko’s guilt in court. There are questions regarding the admissibility of the evidence. Although Lutsenko claims the recordings were sanctioned by the court, the surveillance may have been illegal given Savchenko’s parliamentary immunity at the time.

The main question is who benefits in this story. Ukraine certainly doesn’t benefit from the political destabilization and international humiliation caused by Savchenko, although it could help the administration discredit opposition leader Yulia Tymoshenko before the 2019 presidential election. It was Tymoshenko who brought Savchenko into politics even though Savchenko had not had a counterintelligence evaluation and proper rehabilitation after her return from captivity. The Kremlin’s propaganda machine, on the other hand, feeds off Ukraine’s domestic destabilization while maintaining deniability. Time will tell if the Kremlin exploited Savchenko’s patriotic-extremist views and used her as a useful idiot and a Trojan horse in its continuing hybrid war.