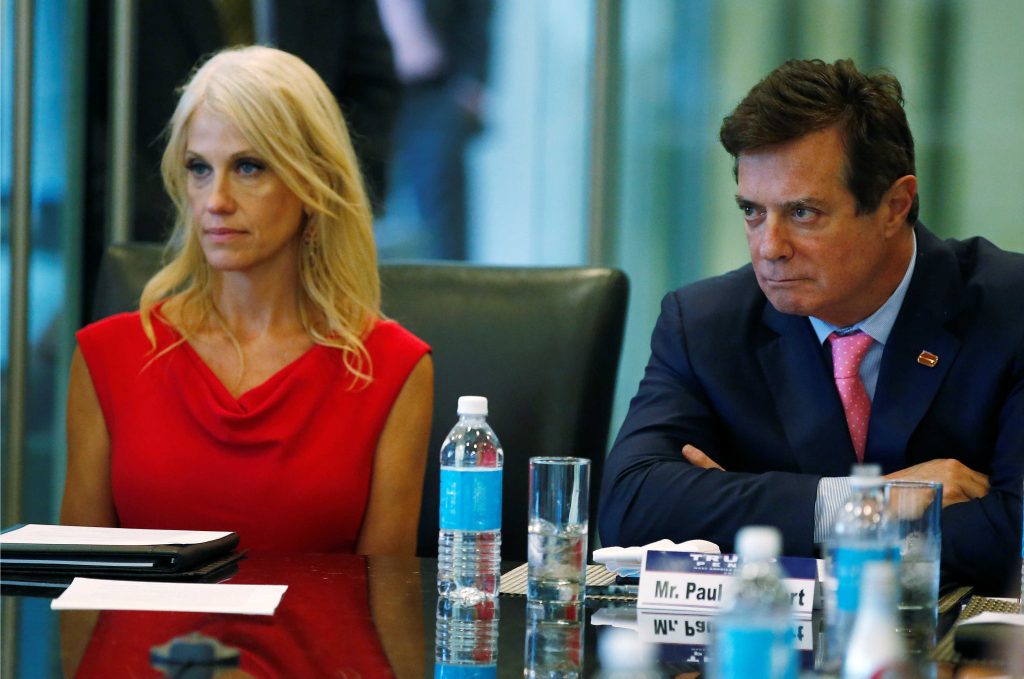 For several months American journalists have been competing to expose agents of Russian influence inside the new White House. This is a result of the conflict that began during the US presidential election campaign when a majority of the mainstream media rallied against Trump while he, without any evidence, criticized them for being biased.

One of the main players in this conflict is well-known in Ukraine: Paul Manafort. He is a man who ran Viktor Yanukovych’s election campaigns in 2006, 2007, 2010, and 2012; a man who employed cynical techniques for exploiting the divide between Ukrainian and Russian speakers in order to help Yanukovych make his mark on the political map; a man against whom twenty-two entries of payments totaling $12.7 million have been recorded in the “black ledger” of the Party of Regions; and a man whose ties to dirty money of the members of the Party of Regions even made Russian President Vladimir Putin take notice.

According to the notorious dossier prepared by former British intelligence officer Christopher Steele, Putin secretly met former President Yanukovych to discuss the evidence about Manafort receiving payments from the Party of Regions. The report said, “Yanukovych assured Putin that there was no documented trail showing payments to Manafort, although Putin told his associates he did not believe the Ukrainian president.”

The uniqueness of the document found in Manafort’s office on Sofiyska Street in Kyiv is that it diagrams the money transfer described in the Party of Regions’ black ledger. To conceal payment, the sides drew up a fake contract alleging the purchase of 501 computers by an American political strategist to an offshore shell company.

Under this scheme, the money was transferred to Manafort at least once. According to the ledger, Manafort was issued $750,000 on October 14, 2009. On the same day, Manafort and Neocom Systems Ltd, a Belize-registered offshore company with an account in Kyrgyzstan, signed a sale agreement for electrical appliances for the same amount.

Other evidence found in Manafort’s office supports the authenticity of the document. Among them are: the debit cards issued to Manafort’s colleagues Phil Griffin and Leonid Avrashov; a 2009 Declaration on Fair Elections with original signatures of Yanukovych, former Vice Prime Ministers of Ukraine Raisa Bogatyreva and Boris Kolesnikov; and personal documents of Manafort’s Kyiv assistant Konstantin Kilimnik pertaining to his daughter’s education at the German school Salem.

The new disclosure of Manafort’s financial fraud in Kyiv is once again top news in the United States. FBI Director James Comey recently acknowledged that US intelligence agencies are probing Manafort’s ties to Russian officials. The AP’s latest investigation found that Manafort proposed a political strategy to Russian oligarch Oleg Deripaska to suppress pro-western opposition and strengthen pro-Russian political parties in countries neighboring Russia, as well as improve the image of the Russian authorities and Putin around the world.

The paradox emerging in the United States may become advantageous to Ukraine. On the one hand, Trump proclaimed his desire to forge an alliance with Putin behind Ukraine’s back and even bypass all of Europe. On the other hand, there is a real media chase for compromising evidence, which would link Trump’s associates to Russian intelligence agencies or high officials. Thus, the stronger the allegations are, the more negative US public opinion could become toward the alliance between the Kremlin and the White House. And that would lower the odds that Trump, who is sensitive to the public mood, would endorse such a dangerous alliance.

Sergii Leshchenko is a member of parliament in Ukraine and former deputy editor of Ukrayinska Pravda. This article was originally published in Russian by Novoe Vremya and was translated by Vera Zimmerman.