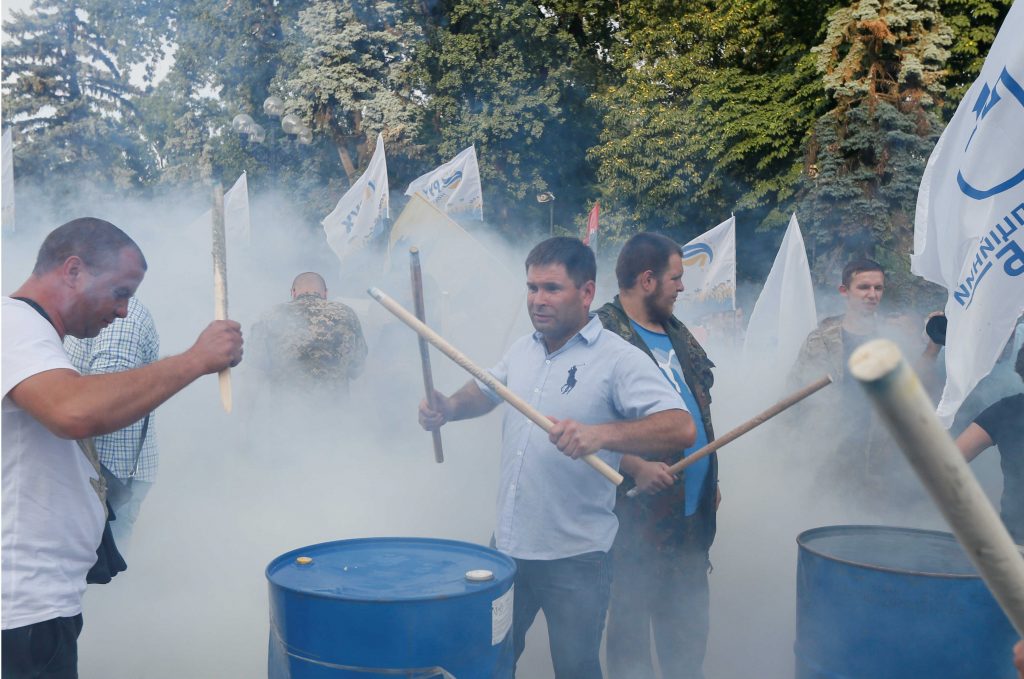 We asserted that Western anticorruption policy was failing because it had been improperly sequenced, especially with regard to judicial reform. Kaleniuk indirectly admits this by pointing to the urgent need to create an anticorruption court three years after other anticorruption prosecutorial and investigative agencies were launched. The facts are that pressure and a focus on reforming existing courts was not a top priority for the West. Clear targets were not set nor were they met with the same alacrity as those set for investigative and procuratorial anticorruption structures.

She points to over 135 cases brought by the Special Anticorruption Prosecutor and the National Anticorruption Bureau. But these agencies have managed only one conviction in three years. Such a weak record has eroded public confidence in the new anticorruption structures as well as longstanding law and justice institutions. Further confirmation that court reform should have been better sequenced.

We also argued that Western policy was excessively hostile to the country’s ruling elite, which has significantly pushed forward a reform agenda, maintained strongly democratic practices, drastically reduced the scope of corruption, solidified its military and national security structures, and fended off Russian aggression and internal interference.

These accomplishments deserve more than grudging approval; they deserve the West’s thanks. For Ukraine has borne the brunt of Vladimir Putin’s attack on Europe and democratic values.

Western agencies and private donors have funded a plethora of nongovernmental organizations whose sole purpose is to chide, criticize, protest, and even mobilize against Ukraine’s officeholders. These organizations, which represent a small part of civil society, are promoted by Western embassies as the arbiters of what is occurring within the country. As a consequence, they create an unbalanced view of what is wrong by ignoring what is right. Kaleniuk’s rebuttal illustrates precisely what is wrong with her approach: virtually half of it is an attack on Ukraine’s politicians and president, the very people who voted for the anticorruption court and NABU. Even as she concedes significant reform progress in a short sentence, she cannot resist highlighting at length the ruling elite’s failures.

NGOs such as Kaleniuk’s Anti-Corruption Action Center as well as investigative journalism projects focused solely on exposing corruption—with little or no attention to its interdiction—have contributed to the poisonous political atmosphere in Ukraine that includes massive political fragmentation, widespread mistrust of virtually all politicians (including reformers), and growing support for demagogic populists, Russia-friendly parties, and an outsider comedian with a nascent party that could become Ukraine’s very own Five Star Movement.

With presidential elections coming in March 2019, such electoral options are ill-suited to a pivotal European country under Russian attack. A strong executive and parliament committed to wide-ranging reform is now in question. This, in our view, is another reason why the overall anticorruption effort can be judged a failure.

The fight against corruption deserves support. But it is not a paramount aim. It is only one of several key aims that have to be balanced in a nuanced and judicious way. Countries do not change by ticking off boxes on an easy-to-read reform agenda prepared for them by well-meaning advisers. Lasting change is always slow, always complicated, and always many-pronged. No one factor accounts for success; no one factor accounts for failure. Many features have to be changed simultaneously, which means that some will progress more quickly, others more slowly. There will be zigzags. There will be retreats. Reformers must always keep in mind the whole picture and ask whether a country, in its entirety, is moving in the right direction or not. Ukraine cannot afford endless upheaval to perfect its anticorruption institutions and ignore everything else. It needs incremental change, and it needs Western policies that promote its consolidation. That cannot be done by launching a frontal attack on its entire political elite.

As an activist single-mindedly focused on corruption, Kaleniuk may well believe that corruption is the silver bullet to resolve all Ukraine’s ills. It is not. Ukraine needs to preserve its territory and sovereignty, maintain national unity in the face of external attack, maintain macroeconomic stability, and prevent capital flight.

If the war on corruption leads to instability, the election of populists, or those who would surrender Ukraine’s sovereignty, trends that are now discernible in polling data, then the country will have failed—even as Ukraine may have become squeaky clean.

One cannot fight corruption without engaging the state and its justice institutions. And if one seeks to unravel that state, especially one that is reforming society, the economy, and itself, one will create precisely the kind of environment expansionist Russia is seeking to promote and exploit.

That is what is wrong with the relentlessly adversarial approach Kaleniuk represents and its political consequences represent a failure of her brand of NGO activism and Western policy.

Adrian Karatnycky is a senior fellow at the Atlantic Council and managing partner of the Myrmidon Group LLC. Alexander J. Motyl is a professor of political science at Rutgers University-Newark, specializing on Ukraine, Russia, and the former USSR.

Image: Activists of different NGOs call for several Ukrainian lawmakers, suspected of corruption by the General Prosecutor's Office, to be stripped of parliamentary immunity during a rally near the parliament building in Kyiv, Ukraine July 11, 2017. REUTERS/Valentyn Ogirenko