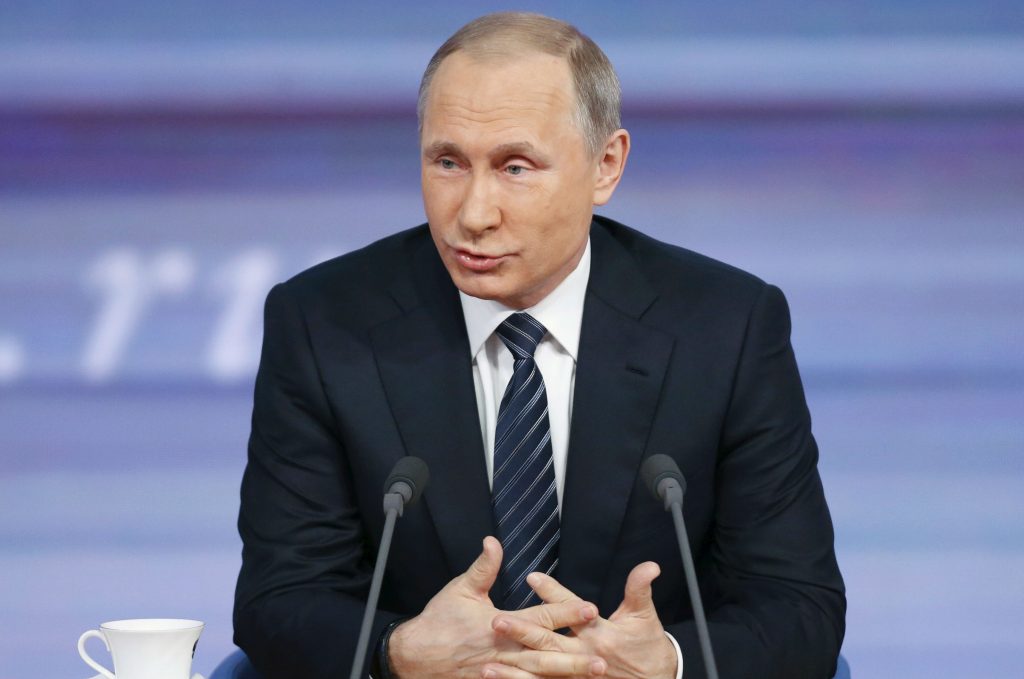 In 2015, Ukraine proved it wasn’t a pushover. The country united in the face of Russian aggression and Russian President Vladimir Putin learned that if he wanted his Novorossiya project, it was going to cost him more than a few little green men.

Notably, the war in Ukraine was completely absent from Putin’s December 2015 address to the Russian Federal Assembly, in contrast to the one he gave in 2014, where it was the main subject. Of course, that may be part of a plan to ensure that Ukraine disappears from the world’s attention. The fact that Putin didn’t mind admitting in his annual press conference that there was indeed a Russian military presence in Ukraine shows that he senses fatigue in the West with the conflict.

Beyond the headlines, there have been some positive developments from the European Union on the issue. An important trade deal between the European Union and Ukraine, which is essential for revitalizing the country’s economy, will be effective next month. Hopefully, visa-free access for Ukrainians to EU countries will soon follow.

These are good policies, but their effects are primarily long term. Meanwhile, Putin’s current strategy in Ukraine seems to be destabilization. Several explosions, some of them deadly, have been reported in eastern Ukrainian cities since the war began. Recently, the Ukrainian security services uncovered an eight-man-strong terrorist cell in Kharkiv. Three of the men were Russians. This increase in terrorist activity took place at the same time as some European countries, including Italy, were reportedly hesitating over continuing sanctions against Russia. Rome later denied this and the sanctions were prolonged, but of course the Russian propaganda spin was that the collapse of Western unity was imminent.

The US-based Central Asia-Caucasus Institute has demonstrated that the 2009-11 terrorist attacks in Georgia took place at the height of US President Barack Obama’s “Russia Reset” policy. Perhaps Putin was trying to show those who oppose him that they are alone. Most likely, this kind of activity will only increase in Ukraine.

But that’s not all. Instead of launching a new military offensive on land, Putin is trying his luck at sea. On December 14, Russia hijacked two drilling rigs located in Ukrainian territorial waters in the Odeske natural gas field in the Black Sea, 100 kilometers east of the Ukrainian coastline. The Russian news agency TASS claimed that the deposits in the Black Sea shelf are now Russian, because of the takeover of Crimea. There may be a military logic here. As Euromaidan Press reported, Russian propaganda is already saying that Russian gas rigs in the Ukrainian maritime zone need protection from “terrorism.” The distance between the gas field and the western Ukrainian Black Sea coast is well within the range of Russian naval weapons.

West of the gas field and close to the western Ukrainian Black Sea coast is the tiny Zmiinyi Island, a former Soviet base with a population of 100. If Russia seized the island, the port of Odesa could be cut off; that would deny Ukraine almost all access to the sea, since Russia already holds Crimea and the gas fields between there and Zmiinyi Island.

One could imagine a scenario sometime in 2016 where “Odessan freedom fighters,” who are actually Russian naval troops without insignia, seize the island and declare it a part of the “Odessan People’s Republic.” Russia could then send “humanitarian convoys” or “civilian activists” from Crimea. Such convoys would obviously need “protection” from Russian naval vessels.

Odesa is a Russian-speaking city and the local pro-Russian terrorist movement is known as the “Odessa Underground.” The group took credit for several bomb attacks over the summer, and one of its prominent figures, Oleksiy Albu, recently gave an interview in which he announced his plans to ramp up activity in the region saying “Soon the time will come.” If Russia seizes Zmiinyi Island, it could be turned into a naval base from which fighters from the Odessa Underground could operate in motorboats armed with RPGs and Kalashnikovs. It would be a nightmare for merchant shipping.

Does all this sound crazy and far-fetched? Perhaps, but so did a Russian seizure of Crimea two years ago—to some, at least. One should not be fooled by Ukraine’s absence from Putin’s speeches; the country matters to the Kremlin. The South Steam gas project may be dead now, but if Moscow ever wants a pipeline to Europe through the southern route it is hard to avoid Ukrainian Economic Exclusive Zones in the Black Sea. The alternative is to run it through Turkish zones, which is complicated for Russia these days, or run it through Georgia and Turkey on land. In addition, the industry of eastern Ukraine is closely integrated with the Russian military-industrial complex in areas such as launch vehicle and carrier rocket production, production of turbines for nuclear power plants as well as production of ships and planes.

War, as the Russian writer Arkadij Babtjenko wrote, is a key pillar of Putin’s regime—together with poverty, prisons, and television. Hopefully, Ukrainians will continue to hold their ground, the West will learn from its previous mistakes, and 2016 will see Putin falter.