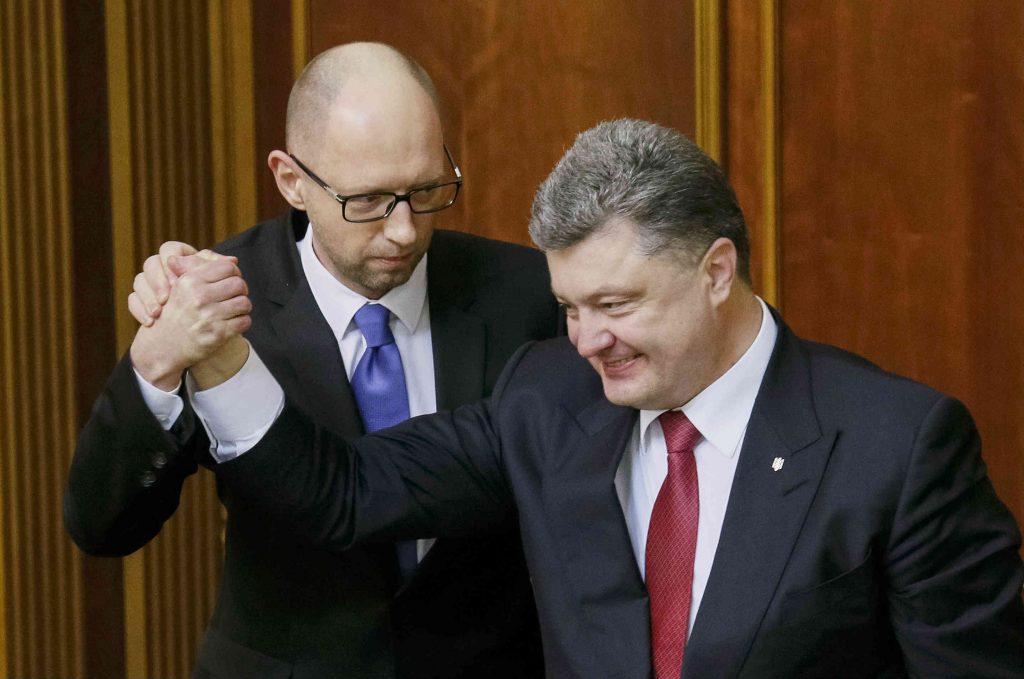 Ukraine’s ongoing political crisis offers observers an opportunity to analyze the current state of affairs and determine likely scenarios for the country’s political future in the near term.

First, the recent resignation of Aivaras Abromavicius from the position of Minister of Economic Development and Trade did not appear to be coordinated with either the reform camp in government or with Western creditors; otherwise we might have seen mass resignations. Rather, this appears to have been a personal effort by Abromavicius to put the government’s reform efforts back on track after significant evidence that established political and oligarchic elites were falling back into their old habits of using the political process for their own interests.

Abromavicius has gone on record suggesting that the country’s Western reform orientation is currently in the balance. He has stressed the remarkable reforms instigated thus far—against significant odds—but has added that the old oligarchic and political order is staging a fight to come back. His decision to “fall on his sword” is an attempt to rally the forces of reform, including Western creditors, civil society, and the general population, in defense of the country’s reform orientation.

Second, several news and social media sources have suggested that as the price of his continued stay in office, Abromavicius demanded of both the President and the prime minister the formation of a technocratic administration, with incumbent Finance Minister Natalie Jaresko replacing Arseniy Yatsenyuk as prime minister. This idea seems to have received little traction.

Jaresko herself has kept her powder dry, calling for loyalty within the cabinet. She is seen as someone who could freshen up the tarnished image of the government, both nationally and abroad, but her apparent reluctance to step forward likely reflects a range of factors, including her understanding of the challenges the job entails, some exhaustion from her current role, and some residual loyalty to Yatsenyuk, with whom she has forged a close working relationship.

Would she step into the position if asked? I sense she would, out of loyalty to the national cause, but she is not yet a political player who would trample on her colleague to take the big job. My guess is that she would need sufficient assurances of “protection” from elsewhere in the administration and from international creditors before taking the plunge.

Third, as noted above, I do not think the departure of Abromavicius was coordinated with Western creditors, although they may have been given prior notice and hence had some time to formulate a coordinated response, in the form of the G7 ambassadors communication in support of Abromavicius. Western creditors clearly share the same concerns expressed by Abromavicius and want to see the reform process expedited, particularly in rule of law-related reforms.

At the same time, there is some nervousness about pushing the administration of Yatsenyuk and Poroshenko so far that it collapses and early elections ensue. The main concern is that this would delay reforms and create an uncertain outcome, i.e. a potential return to power of elements from the former Yanukovych regime, or even a hung parliament. Western creditors would probably appreciate the reformulation of a Jaresko-led cabinet around technocrats. But they are also nervous that Jarseko might not win parliamentary backing when key elements of the ruling coalition and the opposition at this stage favor early elections.

Western creditors thus are likely still to dangle disbursement of IMF, et al, credits over the Poroshenko/Yatsenyuk administration, demanding a very significant revamp of the government to include more Abromavicius-style individuals, plus greater assurances that the administration can deliver on reforms related to the rule of law.

On February 16, Yatsenyuk is set to defend his government’s achievements since taking office to the Rada. This could well be an explosive session. I expect Poroshenko to try and revamp the government to avoid early elections, supported still by Yatsenyuk, given his low poll ratings.

One of several scenarios could play out over the next year:

Scenario A: Yatsenyuk survives for at least the next six months with a reformed cabinet, throwing a bone to the international community regarding rule of law-related issues. The market would probably rally from oversold levels as IMF monies likely come back on stream, although reform momentum remains piecemeal and Western credit disbursements are subject to frequent delay. The coalition might still collapse within the year, forcing early elections. Probability: 45%.

Scenario B: Yatsenyuk is dismissed and Jaresko assumes the role of prime minister. This would be very market-friendly, and the market would rally hard, though it could take some time for Jaresko’s appointment to be confirmed by the Rada, and markets would likely drift lower until then. IMF credits would come back on stream. This scenario probably offers the best chance of successful reform implementation. Probability: 15%.

Scenario C: Early elections take place, with Poroshenko’s Solidarity bloc and the Opposition Party emerging as the two largest parties and forging a ruling coalition. The market might initially drift wider during campaign season and then amid concern over policy paralysis. But the market might rally upon the formation of a coalition, as Western financing would remain available, especially if the coalition retains the Western reform orientation, albeit at a slower pace. Western credits would be slowly disbursed with tough conditionality, similar to the period of 2011-2013 under Yanukovych. Probability: 15%.

Scenario D: Early elections take place, but with the new political force of former Georgian President Mikheil Saakashvili doing well, perhaps even topping the polls, and with Solidarity, the Opposition Party, Batkivshchyna, and Samopomich sharing remaining seats. Poroshenko then will have to choose between nominating Saakashvili or Yulia Tymoshenko as prime minister, a very tough choice. A Solidarity hookup with Saakashvili’s force plus Samopomich would present the most radical reform agenda (15% probability); with Tymoshenko as prime minister, together with Solidarity and the Opposition Party (10% probability), would likely be much less reform-orientated. Either a Saakashvili or a Tymoshenko prime ministership would suggest difficult relations with Poroshenko, perhaps a repeat of the Yushchenko-Tymoschenko experience after the Orange Revolution. In either scenario, relations with the IMF could be tricky, but initially the market might like the scenario of Saakashvili heading a reform team. Russia would be less than enthused. Saakashvili also has mixed support in the West; Europeans (and some Democrats in the United States) view him as having been overly antagonistic toward Russia in the run up to the 2008 Russo-Georgian war.

Timothy Ash is the London-based head of Central Eastern Europe, Middle East, and Africa credit strategy for Nomura International, a Japanese financial holding company. This article was originally published by the Kyiv Post and has been shortened.