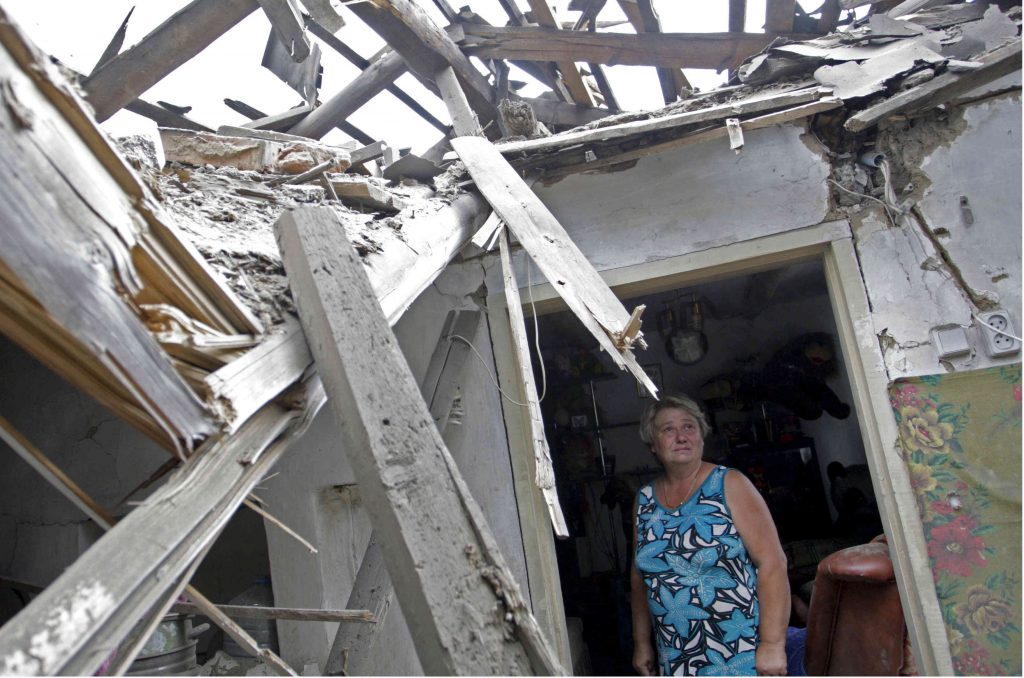 It appears a real possibility that the Donbas will be reunified with the rest of Ukraine this year: its occupation simply costs the Kremlin too much. Its Novorossiya project has failed, and the Donbas on its own has no appeal to the Russian people. And Russia cannot get rid of the current suffocating financial sanctions without sacrificing the Donbas.

The real question is, how much will reintegration of the Donbas cost Ukraine, and who will pay for it?

We do not know exactly how many people live in the occupied Donbas. The original population was probably 4.5 million. Officially 1.4 million are internally displaced people in Ukraine, 100,000 have left for third countries, and between half a million and a million have departed for Russia. Thus, between two and 2.5 million people—half the population—remain. This population is several times larger than in any of Russia’s other “frozen conflicts,” and a recent Bild report puts the cost of pensions and public wages at close to $1 billion a year.

The Donbas is a typical rustbelt area, like the Ruhr Gebiet, Upper Silesia, or Pittsburgh once were. Many enterprises are standing still and should be closed down as obsolete and unprofitable. About half of the many coalmines are state-owned, which indicates that they were without commercial value. Today they are flooded, and few are likely to be opened again. The two large fertilizer plants Stirol and Severodonetsk Azot are outdated and unlikely to be profitable, given the current market prices for natural gas. Similarly, some metallurgical plants and several heavy machine-building plants are presumably not viable.

Roughly half of the region’s heavy industry should not be revived. Direct costs to the state may be limited to cleaning up the environment: the area’s agriculture may not have suffered much, but contamination of fields with munitions and military hardware might be an issue.

In 2014, Russian engineering troops systematically blew up bridges in the Donbas. The cost of rebuilding them and other damaged infrastructure will be very high, amounting to billions of dollars. Restoring the thousands of buildings that have been bombed or otherwise damaged will be a similarly vast expenditure. The whole bank system has been robbed and ruined. Most shops have been looted.

The total cost of restoration must be above $10 billion and is probably in the order of $20 billion, or almost a quarter of Ukraine’s current GDP. Overwhelmingly, these are capital costs, but even current public expenditures are bound to be much larger than state revenues from the region for years to come.

Who should pay for the restoration of the Donbas? The obvious answer is the aggressor, Russia. In a just world, Ukraine would add a demand to the Minsk negotiations for some $20 billion in war reparations from Russia for the Donbas. In reality, however, only losers pay war reparations.

For the foreseeable future, it is unrealistic to expect that Ukraine will be able to finance the restoration of the Donbas. Nor can the already overindebted country borrow money to do the job. It would have to leave much of the Donbas’ urban territories as industrial wastelands, which would make it arduous to reintegrate the population.

The only sensible solution is for the European Union and the United States to put up substantial grant assistance to Ukraine for the restoration and reintegration of the Donbas. For the sake of stabilizing a former war-ravaged area in Europe, $20 billion is no great amount. Just compare it with the $300 billion the European Union has spent on the Greek financial crisis.

Anders Åslund is a senior fellow at the Atlantic Council and author of “Ukraine: What Went Wrong and How to Fix It.” This article was originally published in Russian by Novoe Vremya on February 5, 2016.

Image: A woman inspects debris while standing inside her house, which, according to locals, was damaged by shelling, on the outskirts of Donetsk, Ukraine, August 16, 2015. REUTERS/Alexander Ermochenko