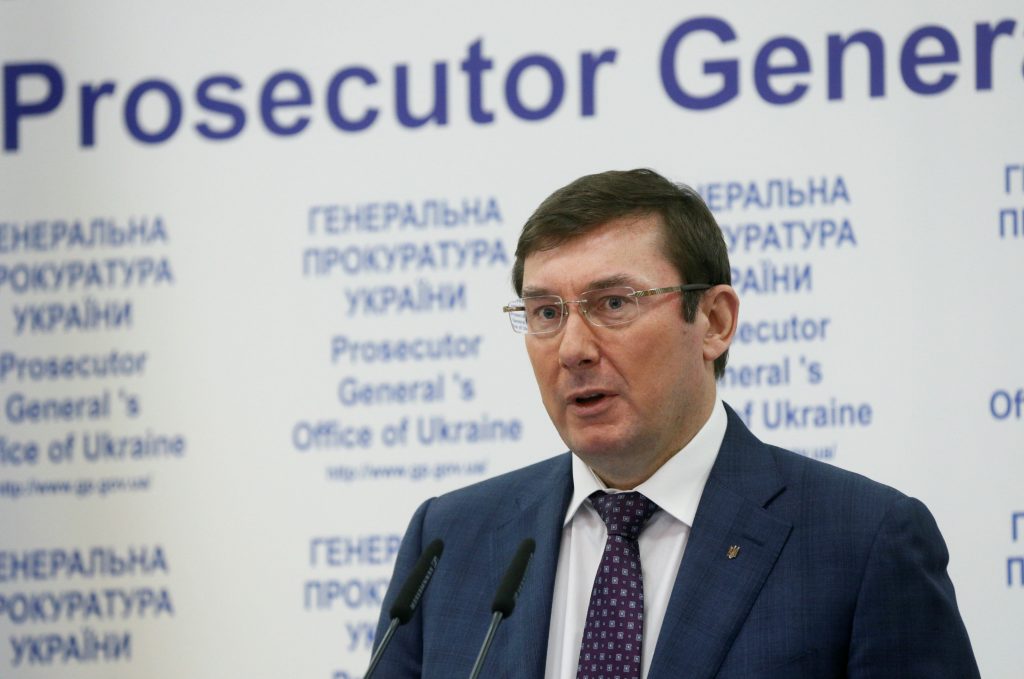 It’s no secret that the Prosecutor General’s Office of Ukraine has failed to be transformed in the post-Maidan period. But who is to blame?

A high-level diplomat representing a G-7 country recently lamented that Ukraine’s major western partners deserve a large share of the blame for not providing direct assistance to the office.

“You don’t know how many times I was asked for help,” the individual said lamenting. “We didn’t do it because we felt it would be an expression of a form of ‘colonialism.’ Sad and unfortunate because both time and a historic opportunity was lost.”

This ideological assumption is farcical.

Partnerships were established in joint military cooperation, in finance reform, and economic development. What then prevents the establishment of a relationship in rebuilding the Prosecutor General’s Office?

Ukrainians, regardless of rank, know that without the aid and active participation of western partners, Ukraine cannot change its justice system.

In the last five years, especially under the leadership of Viktor Shokin and Yuriy Lutsenko, no fundamental changes occurred. After observing the political shenanigans, the failed promises to prosecute economic crimes, the murders on the Maidan, and the deliberate recalcitrance of the last five years, it’s clear that Ukraine needs outside help.

With the election of a new president and an established mandate to transform Ukrainian society, another opportunity has arisen.

Now is the time to change the philosophical understanding of the office and its role in transforming Ukrainian society.

Leadership, and the rank-and-file in the PGO, must become and be perceived as change agents in society. To this end, leadership in the PGO must establish a culture of change and enact the practice of deconstruction, where the residual remnants of corrupt thinking about the pursuit of justice and practice are destroyed, while at the same time, erecting a western-based context of the pursuit of justice. It won’t be an easy task.

If the Prosecutor General’s Office is to change, there must be a total separation between the pursuit of justice and politics. Until this relationship is severed, a depoliticized and independent agency cannot be established.

Ukraine has the opportunity to establish new legal traditions in the pursuit of justice, however, it has shown no evidence that it can do so.

It is time to establish a new “legal priesthood.” Those who love the law, want to see justice done, who despise the ways of corruption, and who are willing to give of themselves to see that the rule of law becomes the key principle in the ordering of a new Ukraine.

In discussion with two senior career prosecutors, they expressed a debilitating frustration because there has been so much talk of reform with no noticeable changes within the PGO. They no longer believe it is possible. This is the sad reality and this attitude of cynicism must be changed immediately.

Second, they asserted that, even if a sincere commitment toward internal reform did exist, there is too great a separation between politically appointed leaders and mid- to low-level prosecutors.

Third, they doubt the moral integrity of almost all politically appointed leaders to the office. Even at the lowest levels, corrupt payments are made to prosecutors, and they believe that at least half of prosecutors are morally compromised.

When asked if they were willing to prosecute their corrupt colleagues, they said they fear bodily harm and lack protection from their superiors.

Clearly, the new leadership of the PGO must establish credibility.

It must publicly reassert that the rule of law will be its guiding principle.

To establish its institutional, moral, and professional credibility, the PGO must clean house.

It must aggressively commence a process of “lustration” of its ranks of prosecutors, from the top down. It must suspend, terminate, and prosecute the corrupt within its own ranks.

It must create and implement an aggressive plan of recruitment that would populate its ranks with a new generation of lawyers.

It must show prosecutorial results.

Western partners must understand that their rhetorical critique has become ineffectual and its entreaties to “clean house” will continue to ring hollow without showing an active responsibility to participate in the change process.

This participation must include a significant financial commitment to reorganizing the PGO.

This package must include the recruitment of approximately ten to twelve western trained and experienced prosecutors that would immediately be incorporated into the management apparatus of the GPO as top decision-makers.

These prosecutors, preferably from Canada, Great Britain, and the United States, must be tasked with introducing, implementing, and overseeing the implementation of western legal standards, management techniques, and practices into the GPO’s daily operations.

Such an effort would not be a form of colonialism, but a sign of partnership.

Yuri Polakiwsky is a Kyiv-based writer and author of “Ukraine – A Lament of a Promise.”