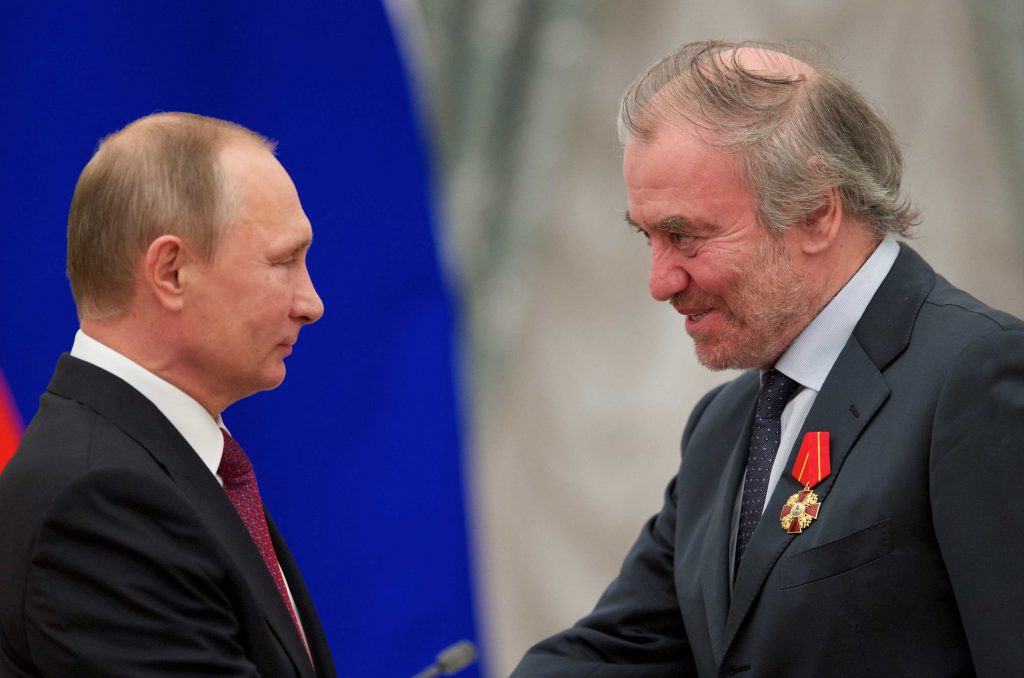 In April 2015, Ukrainian-born pianist Valentina Lisitsa was to perform Rachmaninoff’s Piano Concerto No. 2 with the Toronto Symphony Orchestra. But the concert was abruptly canceled because she expressed, to her huge online following, hurtful anti-Ukrainian messages and support for pro-Russia separatists who had invaded and occupied eastern Ukraine.

“As one of Canada’s most important cultural institutions, our priority must remain on being a stage for the world’s great works of music, and not for opinions that some believe to be deeply offensive,” said Toronto Symphony Orchestra CEO Jeff Melanson.

I was a director of the Toronto Symphony Orchestra at the time and fully supported the decision to cancel. She was paid, and has performed since in smaller venues in Canada.

Now more than two years later, for similar reasons, I believe a concert to be held November 13 at the Washington National Cathedral called a “Concert of Unity” should not take place. The performance features Russian maestro Valery Gergiev and pianist Denis Matsuev who both signed a collective letter in 2014 in support of President Vladimir Putin’s use of military force against Ukraine.

The letter stated innocuously: “In the days when the fate of Crimea and our countrymen is being decided, Russia’s cultural figures cannot remain indifferent, cold-hearted observers. Our shared history and shared roots, our culture and its spiritual sources, our fundamental values and language have always united us. We want the commonality of our peoples and our cultures to have a strong future. This is why we firmly declare our support of the position of the president of the Russian Federation in regards to Ukraine and Crimea.”

The statement was untrue. Unity in fundamental values or language is non-existent when it comes to Ukraine and Russia. In addition, a pledge of “support of the position” of the president represents, then and now, assent to the Kremlin’s export of soldiers, tanks, and violence that has flowed into a sovereign Ukraine.

To clarify, Putin’s “position” has so far killed 10,000, displaced 1.6 million Ukrainians, destroyed Ukraine’s industrial base, killed 298 passengers aboard Malaysian Airlines Flight 17 with a Russian Buk missile, injured hundreds of thousands more, and currently is murdering an average of sixty-five Ukrainian soldiers per month and injuring 200 more.

But to be fair, these letter signers three years ago could never have imagined such carnage and devastation. However, the whole world is now aware and yet none of these artists has recanted their support much less condemned the tragic outcome.

Clearly, this means they were not strong-armed to kowtow. They have also withstood persistent controversy and protests at concerts over their support for Putin in Ukraine as well as Gergiev’s support for Putin’s anti-gay stance.

Gergiev explained this apparent recalcitrance in an interview with The Financial Times by simply saying he is “allergic” to the western press who, he suggested, concoct narratives all the time about his beloved homeland.

Obviously, Gergiev and his troupe are incorrigible, so the real question becomes why would American sponsors aid and abet this performance in the sacred and iconic Washington National Cathedral?

This “Concert of Unity” is sponsored by a blue-ribbon list that includes David Rubenstein, chairman of the Kennedy Center and founder of the Carlyle Group; the Kennedy Center for the Performing Arts; Washington Performing Arts Center’s. They have collaborated with the Russian Embassy and a handful of Russian-linked groups. The result is a binational project that enables Russia to thumb its nose at Ukraine’s devastation, thanks in part to American influencers.

Also egregious is that criticism about Russia is not, as Gergiev posits, a matter of opinion, but is now clearly international consensus. In November 2016, the International Criminal Court recognized Putin’s policies in Ukraine and Crimea as war crimes. Since the occupation, the West has imposed and increased sanctions against Russia. In light of this lapse in tolerance for the intolerant, perhaps the West should consider sanctioning all of Russia’s artistic exports, too.

Back in 2015, the hapless Lisitsa was out of line and paid a price for her ugly trolling. But next week’s “unity” concert in Washington, backed by prominent people and organizations, should not happen. Protests will result and should.

This performance is not about art, but propaganda. The Unity Concert insults Ukrainians and is an affront to American values.


Editor’s Note: This updated story includes a correction. The original version mistakenly reported that the Kennan Institute helped fund the concert. The headline has been updated and previous references to such funding were deleted