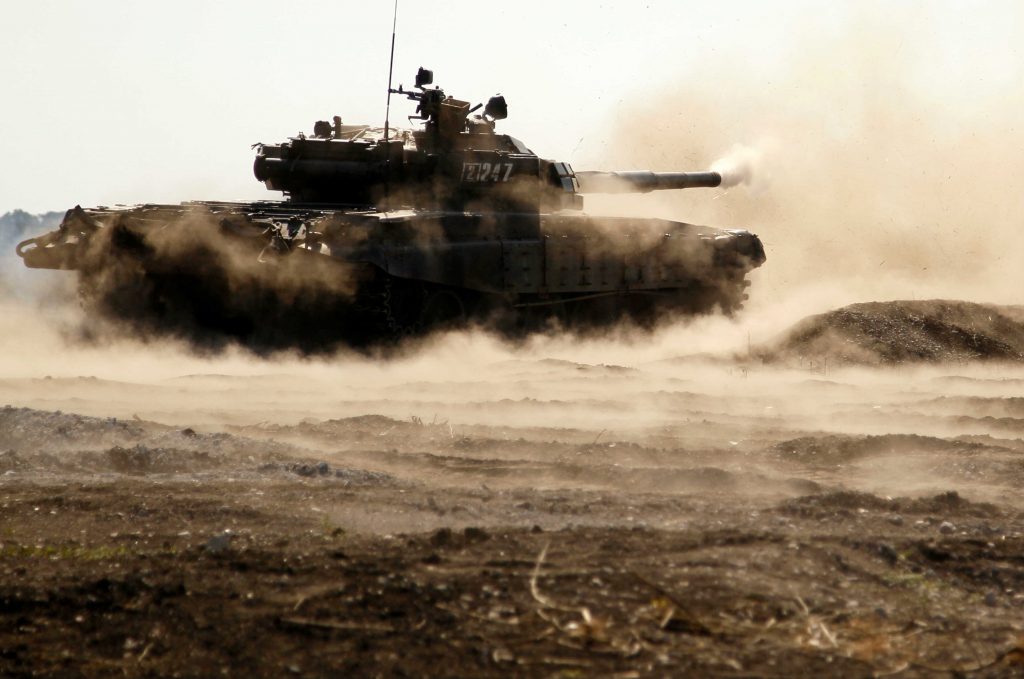 Signals from the Trump administration are beginning to indicate a new direction in the United States’ support of Ukraine. At the end of August, Secretary of Defense James Mattis stated that the Pentagon is “actively reviewing” the issue of defensive weapons, rightly noting that “defensive weapons are not provocative unless you are an aggressor, and clearly Ukraine is not an aggressor since it is their own territory where the fighting is happening.”

Arming Ukraine would enable the United States to directly support an independent Ukraine and add to the overall security of Europe. Yet it goes without saying that such a move needs to be done intelligently and with the specific aim of improving the situation.

Clearly, the United States and its allies in Europe do not want a military confrontation with Russia, especially with a possible conflict with North Korea looming on the horizon. And here lies the most important point in providing defensive weapons to Ukraine: they would act as a deterrent against Russian encroachment further into Ukrainian territory, not a provocation.

Several op-eds have recently argued against this policy. The Wilson Center’s Michael Kofman argued in the New York Times that arming Ukraine would drag the United States into a proxy war with Russia, one it cannot win. He compares the plan for Ukraine with US policy of arming and training the opposition in Syria. Such an erroneous, even outrageous, comparison should almost immediately discredit Kofman’s arguments. L. Todd Wood in The Washington Times went even further, misleadingly comparing the arming of Ukraine with “arming Texas against the United States,” and adding unfounded speculations about a war between the United States and Russia over Ukraine.

Ukraine is not Syria, nor is it Texas, and the conflict it is involved in is with an outside aggressor. It is not engaged in a civil war, nor is it fighting non-state actors like ISIS. Simply put, it is in a struggle for its own survival as a European state with Western principles, values, and politics. The constant flow of weapons and military support from Russia to the conflict zone continuously violates the ceasefire, causing casualties among the Ukrainian military and peaceful civilians in the Donbas.

Providing defensive weapons to Ukraine will not provoke an arms race, since Moscow has already provided fighters in the Donbas with its most modern and advanced weapons. Moreover, enhancing Kyiv’s defensive capabilities will not lead to a direct US-Russia conflict, because Ukraine has no plans to attack Russian territory, and the United States will not send its troops to fight in Ukraine.

Instead, defensive weapons can help Ukraine more effectively defend its territory and citizens, deprive Russian forces in the Donbas of their current technical advantages, and ultimately force Moscow to think twice before escalating further. It is no coincidence that shortly after the talks about arming Ukraine intensified, Russian President Vladimir Putin announced Russia’s readiness to agree to a UN peacekeeping mission in the Donbas—an idea that Moscow had been rejecting for years.

Supporting Ukraine’s defensive abilities would also further reinforce NATO’s existing strategy of deterrence in the region. Therefore, a strong argument exists for arming Ukraine with defensive weapons. But by doing so, the Trump administration should add five conditions to this policy.

First and foremost, a rigorous process of training and oversight must be put in place to ensure that the weapons are used correctly and remain in the proper hands.

Third, the provision of arms should be closely connected to the progress of Ukraine’s ongoing reforms, including in the armed forces. Ukraine’s survival depends not only on its capacity to protect itself against external aggression, but also on its ability to successfully complete its transformation from a post-Soviet, inefficient, corrupt state to a modern European nation.

Fourth, the United States and the EU should continue their strong support of Ukraine’s civil society as the most persistent promoter of reforms and best watchdog of government effectiveness.

Fifth, a tougher sanctions package should remain on the table to make it clear to the Kremlin that any possible attempts to seize more Ukrainian territory will cost it dearly.

It is time to abandon hope that a policy of appeasement can bring peace. On the contrary, appeasement makes the situation even more unpredictable and tenuous. The Kremlin is conducting one of Russia’s largest military drills in the post-Soviet era, Zapad-2017—flexing its muscles and displaying its military plans for NATO states. At the same time, Putin’s veiled ally in Pyongyang is testing his ability to attack American territory with nuclear arms. This situation requires a firm response—one not meant to provoke but to send a clear statement to Russia and other regimes that the years of President Barack Obama’s “flexibility” are over. This message must convey, above all, that the United States and its allies will tolerate no more attempts at toppling the world order.

Adam Reichardt is editor-in-chief of New Eastern Europe, a bimonthly English-language publication based in Poland. He tweets @areichardt. Maksym Khylko is chairman of the board at the East European Security Research Initiative Foundation, a Kyiv-based think tank. He tweets @MaksymKhylko.