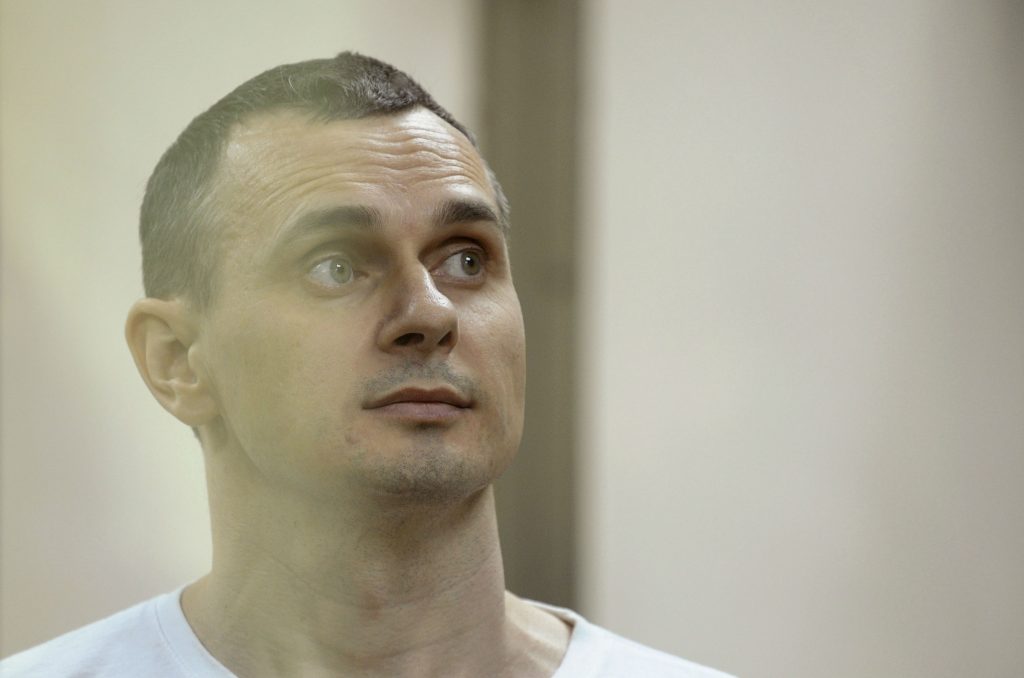 Over the weekend, Congress reached an agreement on a new Russia sanctions package, though it has been overshadowed by the investigation into connections between President Donald Trump’s administration and Russia. Although the Senate easily passed a strong sanctions bill in June to punish Russia for its aggression in Ukraine and annexation of Crimea, the White House has quietly lobbied to weaken it and some European politicians are pushing back. But new sanctions legislation with teeth is direly needed—not least because of the dozens of Ukrainian political prisoners who continue to languish in Russian prisons.

One of those prisoners has been a tireless champion for his fellow dissidents, and his story serves as a clear illustration of the importance of a robust sanctions bill. Imprisoned in “penal colony number one,” near Yakutsk, the coldest city in the world, is Oleg Sentsov, a Ukrainian filmmaker and activist who is currently serving a twenty-year sentence on trumped-up charges.

Sentsov began his film career in the late 2000s with a pair of short films. Selling his car and business to raise funds for the films, he is best known for the feature Gamer, which tells the story of an avid young video game player in Simferopol. The film played well on the festival circuit and its success prompted Sentsov to plan the production of other movies in Crimea and Ukraine.

Before filming began on his sophomore effort, a film titled Rhino, he started working on behalf of the Euromaidan movement and was an active protester against then-President Viktor Yanukovych. He also joined the “Automaidan” movement in Crimea, and delivered food to Ukrainian soldiers trapped in their barracks. When Ukrainian soldiers were given six hours to leave the peninsula, Oleg helped organize their departure. The Russian authorities swept him up along with other activists.

In May 2014, Russia’s federal security service (FSB) detained Sentsov in Crimea and brought him to Moscow. During his trial in August 2015, Sentsov—displaying visible bruises on his body—said he had been tortured to extract a confession. He testified that FSB agents beat him around the body with a baton, attempted to suffocate him with a plastic bag, and threatened him with rape. Russian authorities, refusing to open a case on the allegations of torture, claimed that Sentsov was fond of sadomasochism.

The main witness against Sentsov recanted his testimony, saying that it had been given under duress, and refused to testify against Sentsov. Nevertheless, Sentsov was sentenced to twenty years in prison for alleged terrorist activities.

Numerous European and American filmmakers and actors have rallied to Sentsov’s defense, claiming that his prosecution and sentence have been meant as a message to the artistic communities in Crimea and Russia, in order to blunt criticism of the Putin regime. Prior to his trial, directors Pedro Almodovar, Mike Leigh, Ken Loach, and Agnieska Holland signed a 2014 letter calling for Sentsov’s release. More recently, American actor Johnny Depp joined the cause, posing for a “mug shot” with a placard listing Sentsov’s date of conviction and place of imprisonment. For our part, PEN America awarded Sentsov the PEN/Barbey Freedom to Write award in 2017. Meryl Streep posed with the delegation that came to New York to accept the award on Sentsov’s behalf.

Amazingly, Russia has resisted Ukraine’s efforts to extradite Sentsov by foisting Russian citizenship on him and therefore stripping him of his Ukrainian citizenship. Sentsov responded by saying, “I am not a serf, that I can be transferred along with the land.”

Unfortunately, the plight of political prisoners like Sentsov—and he is emphatically not the only one—is being overshadowed in the United States by the ongoing Trump-Russia investigation. The Senate, on a bipartisan basis, was compelled by Trump’s frequent praise of the Putin regime to pass legislation that would give Congress some ability to constrain moves by the administration to weaken sanctions.

The year after his conviction, Sentsov smuggled a letter out of prison in which he wrote, “There’s no need to pull us out of here at all costs.” His point was not that freedom is undesirable, but that he and his fellow prisoners are a potent symbol of injustice, one that will continue to drive opposition to creeping autocracy in Russia and aggression in Ukraine. Despite efforts by the Trump White House, Congress should pass this sanctions bill—if nothing else, in the name of all of the political prisoners currently held as part of the Ukraine crisis.

Polina Kovaleva is the Free Expression Programs Manager for Eurasia at PEN America. She tweets @Polina_Kovaleva.

Image: Ukrainian film director Oleg Sentsov looks on from a defendants' cage as he attends a court hearing in Rostov-on-Don, Russia, August 25, 2015. A Russian court on Tuesday sentenced Sentsov to 20 years in a high-security penal colony for "terrorist attacks" in Crimea, the Black Sea peninsula that Moscow annexed from Ukraine in April 2014, RIA news agency said. REUTERS/Sergey Pivovarov