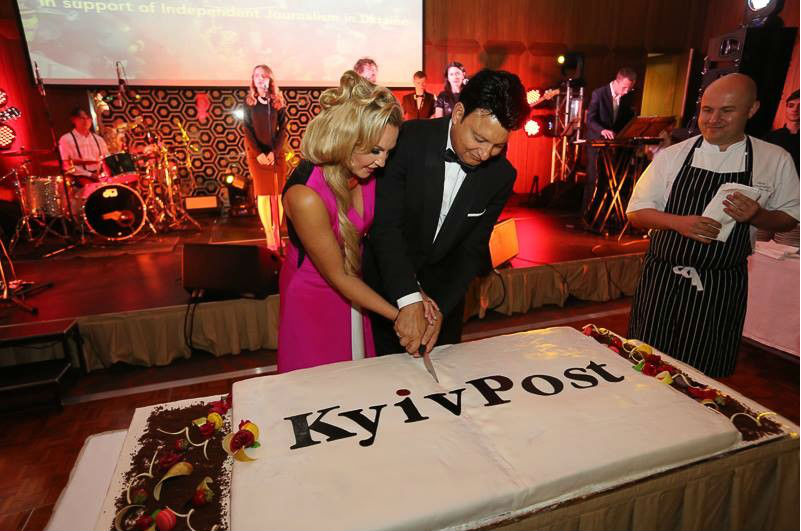 It’s hard to keep the faith in Ukraine, given the attempts to claw back reforms and repeated attacks against anticorruption activists.

But a successful Pakistani-born businessman, Mohammad Zahoor, isn’t giving up on Ukraine. He owns The Kyiv Post, a twenty-year-old English language newspaper that crusades for democracy, the rule of law, free markets, and western integration.

The Kyiv Post has a relatively small circulation, but punches above its weight as the source of news on Ukraine for embassies in Kyiv, chanceries around the world, and expats living and doing business there. Zahoor bought the newspaper in 2009 from its American founder and has lost money ever since. But that is okay.

“I believe that everyone has a responsibility to do community service. This is corporate social responsibility,” he said. “My wife and I love this country despite whatever is being done by the so-called establishment here. People need to have some independent views on the things happening from people who are truly non-partisan and have no fear to express their views.”

Zahoor is a self-made man.  He left Pakistan as a scholarship student to study engineering in Donetsk, then moved to Moscow and made a fortune in the steel industry and other businesses around the world. His wife is Ukrainian singer-actress Kamaliya and they are based in London. The couple’s twin daughters were born in Ukraine.

“I think Ukraine has all the ingredients to become a successful country, but it’s a failed state. If the rule of law was here, and corruption tackled, investments would be pouring in,” he added. “The average labor wage is even less than in China, right in the middle of Europe.”

The Kyiv Post is one of the only media outlets not owned by oligarchs or politicians. “It’s not journalism for them, it’s about business or politics, vote buying,” he said.

By contrast, Zahoor leaves editorial judgment up to his team, said Chief Editor Brian Bonner. “He’s kept The Kyiv Post alive and stood up for us through financial crises and extraordinary political pressures.”

Zahoor said he owes The Kyiv Post for saving his business twenty years ago.

“It was President Leonid Kuchma’s time. Dinosaurs could just roll up and take your business away,” he said. At the time, oligarch Rinat Akhmetov tried to take over Zahoor’s assets, he said but “The Kyiv Post took up my case.”

Then in 2011, Zahoor fended off another oligarch attack by Dmytro Firtash who sued the newspaper for libel in London and lost.

After the Euromaidan in 2014, the Zahoors supported Petro Poroshenko as president along with his pledge to reform the country.

“We thought he was rich enough and didn’t need to use his position to make money. He promised to sell his business once he came to power, but never did. In fact, he’s the only person in the country whose worth has actually increased in the current economic depression,” he said. “I’d say all this to him if he were sitting at a table with us right now. I’d remind him of all his promises. Business involvement in government here must be limited.”

His newspaper is always criticized by presidents and prime ministers, “but none of these people have threatened us directly,” he said. “They do try to make our life difficult by sending people from the sanitary department or fire brigade or prosecutor general’s office or tax inspectors.”

But such abuse, he pointed out, is not unique and afflicts all Ukrainians.

“The establishment uses Ukrainians as a carpet to wipe their feet on and to walk over,” he said. “The people are really disappointed. They went out onto the streets twice to bring about revolutions and were betrayed. Now many are heartbroken, thinking a third revolution will be no different.”

The essence of the problem is that parliament is a business where seats are bought and paid for to extract favors for oligarchs and businesses from government, he said.

“To run your business here you have to be a member of the parliament, then you are untouchable and make a fortune,” he said. “Oligarchs control lots of seats and they charge for votes.”

Some reforms have occurred, but former President Viktor Yanukovych and his supporters have not been brought to justice and tens of billions looted from the country remains hidden, he said.

More recently, he is concerned about the recent ousting of Yegor Soboliev as chair of parliament’s Anticorruption Committee and the threats against the head of the National Anticorruption Bureau of Ukraine, the country’s independent anticorruption police force. And the political landscape is not promising—Mikheil Saakashvili “is a helpless person” and Yulia Tymoshenko has “failed twice” to bring about change, he said.

“But we all must do what we can to bring about changes,” he said. “It’s not rocket science. It’s about stopping corruption. Poroshenko promised. We cannot stop. We have to find ways. We cannot close the newspaper because the situation looks hopeless. We are here to make it hopeful, to make reforms happen.”