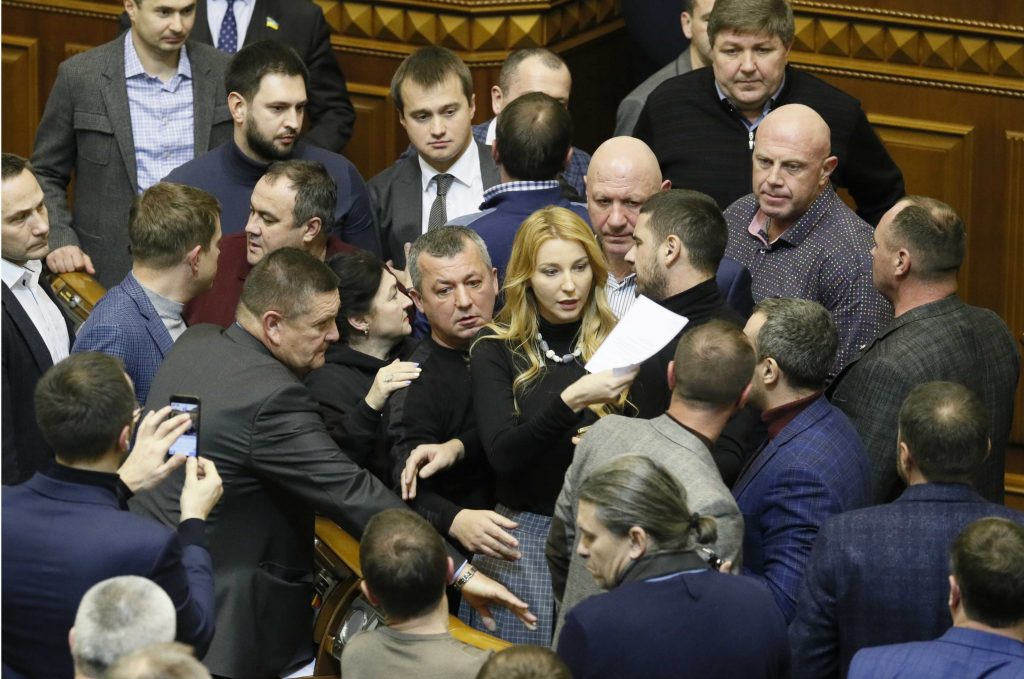 On November 25, Russia attacked Ukraine again. It was a vivid reminder that Ukraine is at war and the situation can escalate at any time. Three Ukrainian vessels were shot at and seized by Russian maritime forces. Twenty-three Ukrainian sailors are now in Russian captivity. It’s the first time Russia has openly attacked Ukrainian forces.

Immediately after, Ukraine’s National Security Council recommended declaring martial law. Late on November 26, the Verkhovna Rada passed a bill that introduces limited martial law. Even though the final text of the law is not yet public, it’s clear that the law limits martial law to thirty days in the ten regions bordering Russia (see map below). In a separate vote, the Rada also confirmed that the first round of the presidential elections will go ahead as planned on March 31, 2019. The law allows for martial law to be expanded to other regions in the unlikely case of a full-fledged Russian invasion.

But the fundamental question remains: Is martial law needed and proportionate to the threat? In times of aggression and a potential Russian invasion, one tends to side with the president in case of doubt. But one has to consider both national and international repercussions.

Ukraine did not declare martial law when Russia fully intervened in the Donbas in August 2014. Does the loss of three vessels and the capture of twenty-three servicemen justify martial law? The reality is that martial law would change little in Ukraine’s favor on the ground.

Prior to today’s vote in the Rada, Sergiy Leshchenko, a BPP deputy and fierce critic of the president, tweeted that he views martial law as an abuse of power and an attempt to postpone the elections. The latter turned out to be wrong, as the date of the presidential elections was confirmed by the Rada. The final text of the adopted law has yet to be thoroughly analyzed, but we do know that it will limit certain fundamental rights such as demonstrations and strikes in ten oblasts. So, it’s unclear how directly this will affect the election campaign.

Nevertheless, fears remain that the disproportionate measure is an attempt to exploit the situation for Poroshenko’s gain. The oblasts in which martial law has been imposed coincide with the regions which are the most critical of the president and more critical of his policies. It remains to be seen how the president will use his powers against critical local authorities.

Poroshenko polls dangerously low at around 10 percent. Thus, this move could be an instrument to boost his popularity and win back some of the lost sympathy. Another fear remains that the president might find a pretext—say an increase in the fighting in the Donbas—to prolong martial law beyond December. Who would be able to stop him then?

The only positive aspect of the messy parliamentary debate was that the Rada significantly altered the president’s proposals for a far-reaching martial law that would last two months. Ukraine’s parliament proved that it is more than just the president’s mouthpiece.

Others worry that martial law may effect Ukraine’s already weak investment inflows. The IMF has announced that it would carry on its program with Ukraine and the EU would presumably continue its macro-financial assistance. Even a mild decrease in foreign direct investment would hurt Ukraine’s already weak economic recovery. Lastly, there is a potential but unlikely danger that Russia could use martial law as a Georgian-like excuse to escalate further or even to invade.

Ukraine’s didn’t have to resort to martial law. There are better options to force Russia to back off.

First, Ukraine should invite US and British (possibly even French or German) vessels into the Black Sea to visit Mariupol and strongly signal to the Russians that the West takes freedom of navigation seriously. The Ukrainian Ambassador to Germany proposed this step and it should be discussed and swiftly implemented. Even a NATO presence in the Black Sea should be discussed.

Second, the United States and the EU should each consider separate new sanctions if the Azov Sea blockade continues. The Russian government thinks the West is weak and divided and not paying attention. It’s time to show them that this is not true. Now, the Azov Sea should be at the top of every multilateral and bilateral agenda.

Third, the West should visibly show its support for Ukraine. Behind closed doors, it should tell the Ukrainian government that under no circumstances does it get carte-blanche for further escalations.

Now that martial law has been introduced, the slow and shaky process of reforms that already stalled during the ongoing election season seems to be over. Who will press for the appointment of independent anti-corruption judges?

It was good while it lasted. Kyiv’s reform chapter has officially closed.

Image: Lawmakers argue between each other during a parliament session to review a proposal by President Petro Poroshenko to introduce martial law after Russia seized Ukrainian naval ships off the coast of Russia-annexed Crimea, in Kyiv, Ukraine November 26, 2018. REUTERS/Valentyn Ogirenko