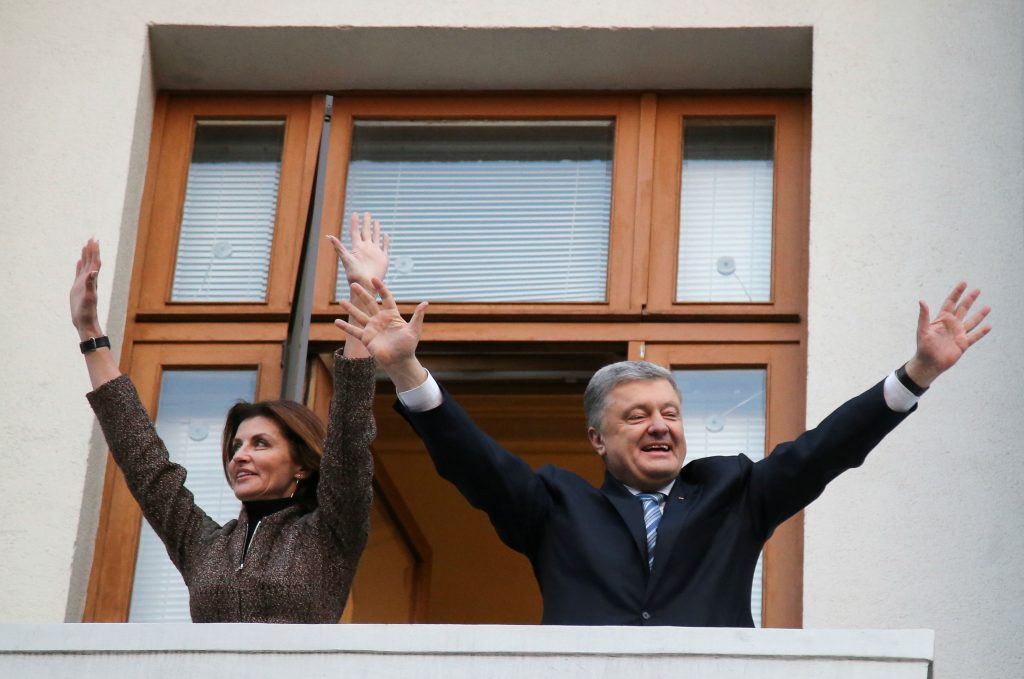 On April 21, television star Volodymyr Zelenskiy crushed incumbent president Petro Poroshenko in the second round of Ukraine’s presidential election. Even though Zelenskiy has never held elected office, voters were so tired of corruption and economic stagnation that they were willing to take a risk.

Zelenskiy ran an unusual campaign. He made few programmatic promises beyond a general pro-Western course, but cast himself as a person who would clean up corruption. The thirst for a more technocratic and modern government was so great that voters deliberately took a chance on a largely unknown quantity. Ironically, it was Poroshenko’s considerable accomplishments that made the risk of electing Zelenskiy and the next phase in Ukraine’s political evolution possible.

History may remember Poroshenko well for a long list of successes that he sponsored or that occurred on his watch, including visa-free travel to Europe, reverse gas from Europe, and an independent Orthodox Church to name only three. He encouraged a cultural rebirth for ethnic Ukrainians without alienating others.

However, as Poroshenko belatedly admitted in the closing days of the election campaign, his main failure had been to appoint too many political cronies to key positions of state administration. He had failed to transform governance from a personalized patron-client basis to a modern legal-rational and accountable one, which citizens demanded after the Revolution of Dignity in 2014.

Poroshenko perhaps cannot be blamed too much for not noticing that society had been modernizing and moving away from parochial concerns to universalistic values over the years.  In 1991 the geopolitical and cultural orientation of the country was deadlocked because conservative Russophones held positions of strategic leadership, especially in industry, finance, and the security agencies.  Ukrainian president Leonid Kuchma, a Russophone who served from 1994 to 2004, used to wonder “what kind of country are we building?” and declared a “multi-vector” foreign policy.  The thuggish Viktor Yanukovych, propped up by Moscow from 2010 to 2013, thought an overtly authoritarian government would sit well with the public. But much has changed in Ukraine since independence, and especially since the Revolution of Dignity.  The country has undergone at least three political and social modernizations.

The first modernization was the broad expectation that elections would be genuinely contested and for the most part fair, especially if monitored by foreign observers whom Ukrainian citizens welcome heartily. With five different presidents in the twenty-seven years prior to Zelenskiy, the average president gets only one five-year term, a rotation that is neither too seldom nor too frequent. Moreover, the public showed its readiness to rise with heavy sacrifices in the 2004 Orange Revolution and the 2014 Revolution of Dignity, when its expectation of free elections was abrogated. The public knows it can replace bad presidents and bad presidents know they can and will be replaced. Genuine electoral contestation with foreign monitoring has been firmly fixed in the political culture of the country.

Anticipating that the Poroshenko camp would try to inflate its share of the vote, Zelenskiy’s team conducted parallel vote counting in the first round and found that Zelenskiy’s share corresponded almost exactly with the figure announced by the Central Electoral Commission. This means that Poroshenko did not try to use administrative resources, had been unable to mobilize it, or did not dare use it in the presence of foreign monitors.

The second modernization occurred within civil society. After the 2004 and 2014 revolutions, volunteers and civic groups realized that it is not enough to change governments but that they also need to monitor government activities. Consequently, volunteerism is well developed in Ukraine, especially at the local level, and watchdog groups aspire to have more influence at the national level as well. During the Revolution of Dignity, civic groups learned to work with and trust other horizontal partners. Many of these groups have become permanent. This “Maidan generation” was disappointed that “its” revolution appeared to have been stolen by Poroshenko. Now it appears that the desired generational change will come after all, and the face of that generation is Zelenskiy.

The third modernization has been the consolidation of a national identity. Three factors are responsible: younger people grew up, Poroshenko’s nation-building measures contributed, as did Russia’s annexation of Crimea and military invasion. National consciousness increased the most in the traditionally more Russified regions of the southeast, and has almost caught up to the west and center.  No pro-Russian candidate had a chance to win the presidency, and the 2019 election was the first not to have pro-Russian candidates among the frontrunners. It was also the first in which candidates did not try to play the divisive ethnic card. The overriding issues of the election were anti-corruption and good governance, issues that cut across ethnicities and ages and brought Zelenskiy a majority in all regions. Being a Russian-speaker from the southeast, Zelenskiy helped carry the southeast into national politics, although the region had finally decided to join the rest of the country in a broad democratic front. The west, center, and east now all agree on the need for democratic and accountable government, and the chastening of oligarchic rule becomes more plausible. Regarding political secularization and universalistic values, Zelenskiy is of Jewish background and this factor played no role in the election. He is thus the first Jewish president of an East European country. This should, but will not, put Kremlin propaganda depicting Ukraine as a hotbed of anti-Semitism to rest.

How might Zelenskiy’s presidency begin? Thanks in large part to Poroshenko, the country is in a much less precarious situation than in 2014. But by running on the single issue of anti-corruption, Zelenskiy has stoked high expectations on which he will need to move quickly or see his reserve of goodwill erode. With parliamentary elections looming in October, he will be in a good position to embarrass the parliament into removing the odious law that gives MPs immunity and facilitates corruption.  Likewise, he could generate support for himself by reforming the judicial system and overseeing the implementation of an effective anti-corruption court.  With the entire consolidated country behind him, he has an opportunity to do good, but his only resource is a moral impulse that will inevitably start to fade. He will need to hope that a politically charged society will elect a somehow more honest and cooperative parliament.

Zelenskiy would be wise to resist Kremlin seductions that could compromise his moral standing and political course, and wise to ignore Kremlin-inspired notions to re-Russify Ukraine. Ethnic politics are a distraction he does not need, if he intends to move on economic reforms.  Allegations circulate about his dependency on oligarch Ihor Kolomoisky, but Zelenskiy says that his relations with the oligarch are only cordial. It is worth remembering that Kolomoisky took a patriotic position early in the Donbas war and that, for now at least, Zelenskiy’s reformist declarations should be taken at face value.  Zelenskiy and his southeastern entourage will re-discover that the Kremlin has no interest in the success of any Ukrainian president, and will try to obstruct economic reforms by sowing confusion.  In time, Kremlin obstructions will lead Zelenskiy and the southeasterners to appreciate the ethnic-Ukrainian national-democratic core of the country, which he used to satirize in his television comedy series.  This will unify the political nation further.  In sum, Ukraine will continue to inch forward, learning from its mistakes, along the evolutionary path to political modernity within a deserved European civilizational framework.

Dennis Soltys is a professor in the department of public administration and international development at KIMEP University in Almaty, Kazakhstan.

Image: Ukraine's incumbent President Petro Poroshenko, who lost win in the second round of election, and his wife Maryna greet the audience during a rally in Kyiv, Ukraine April 22, 2019. REUTERS/Viacheslav Ratynskyi