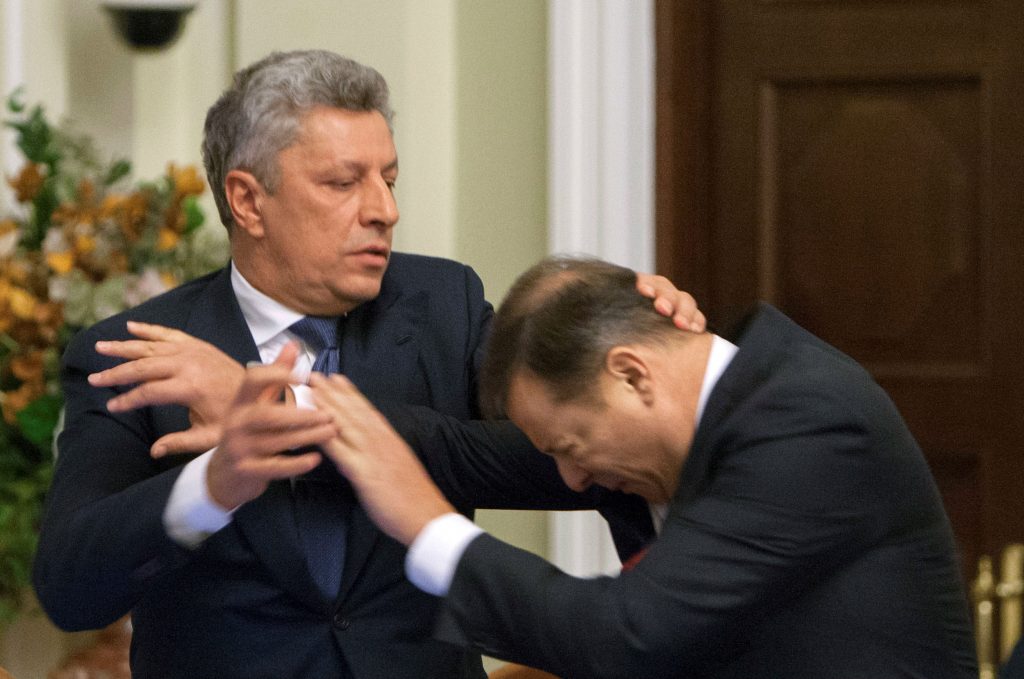 Those who believe Ukraine has not fundamentally changed since the launch of Russia’s military aggression are dead wrong. In fact, the 2019 elections will clearly illustrate that pro-Russian candidates have not only lost significant support, they will barely win any national offices.

Pro-Russian candidates are hampered from achieving success in the 2019 parliamentary and presidential elections by four factors. These include the loss of a sizeable and loyal voter base in the occupied territories, divisions within the Opposition Bloc, competing egos, and close links to a country that is waging war against Ukraine.

First, the pro-Russian vote lost a huge number of voters after 2014. With 16 percent of voters and twenty-seven election districts located in the Russian-occupied Donbas and Crimea, it was always going to be difficult for a pro-Russian candidate to reach the second round of the presidential race (no candidate is projected to win outright). Their only chance would have been to unite around one candidate who had some level of popularity with many competing pro-Western candidates.

This will not happen.

Second, the split of the Opposition Bloc, successor to the Party of Regions, means no pro-Russian candidate will enter the second round.

The split has two important consequences. First, there are three declared presidential candidates from the former Opposition Bloc, but more are likely to emerge: Yuriy Boyko, who is backed by Rabinovych and Medvedchuk; Vadym Novinsky, leader of the For Peace political party and backed by Donetsk oligarchs; and Yevhen Murayev, leader of the Nashi (Ours) party. All three will play on anti-war populism, which will face Ukrainian skepticism because their plans are vague and the elections are being held at a time of heightened Russia aggression.

Third, a war of egos may have finished off Boyko’s shot at the presidency. A favorite of Medvedchuk and the gas lobby, Boyko was the most popular of the pro-Russian candidates, but inner Opposition Bloc squabbling has led to his slip in popularity to fifth place; this will likely decline further.

Fourth, a candidate linked to and promoted by Medvedchuk—who is Ukraine’s most pro-Russian politician—has no electoral chance of being successful in a country where 80 percent of Ukrainians blame Russian leaders for the war waged against their country and ongoing aggression occurring in the Azov Sea.

Ideologically, there is little to differentiate these pro-Russian politicians. Since 2014, they have voted against every reform proposal, including efforts to fight against corruption, and opposed issues such as Ukraine’s January 2018 law on the Donbas and the decision to introduce martial law in ten Ukrainian regions. The independent think tank Vox Ukraine ranked Vilkul, Boyko, Novinsky, Rabinovych, and Lyovochkin as some of the very least likely deputies to vote in support of reforms.

Although never associated with the Party of Regions, Industrial Union of Donbas oligarch Serhiy Taruta is the candidate of the Osnova (Basis) party that he leads. Taruta was traditionally a supporter of Yulia Tymoshenko, but she is now likely backed by oligarch Ihor Kolomoisky, who is bitter at President Petro Poroshenko for nationalizing Privat Bank and removing his control over the state oil refining UkrNafta. Kolomoisky owns Ukraine’s most popular television channel, 1+1.

2019 will be the second election where pro-Russian forces have few electoral chances, a direct outcome of Putin’s military aggression. Western policymakers need to therefore move away from pre-2014 stereotypes of a Ukraine bitterly divided between ”pro-Western” and “pro-Russian” forces as the only foreign policy show in town. In Ukraine, the trajectory is westward, regardless of whether the next president will be a reformer or a populist.